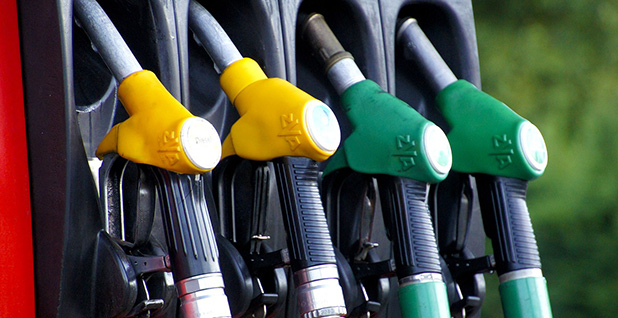 Gas prices have been rising ahead of the Memorial Day weekend. Pixabay

Ahead of one of the busiest travel weekends of the year, Senate Democrats are looking to tie rising gasoline prices to the policies of President Trump and the GOP majority that controls Congress.

Through floor speeches, legislation and reports, Democrats have spent the past week spotlighting the price at the pump, which on Monday averaged $2.92 per gallon, or about 52 cents higher than the same time last year, according to the U.S. Energy Information Administration.

Top Senate Democrats will hold a press conference this morning at a gas station on Capitol Hill to call on Trump to take steps to lower gas prices, which the price-tracking website GasBuddy said this week are at the highest point since November 2014.

Schumer also acknowledged OPEC’s role in rising prices, while noting Trump’s recent tweet that the cuts "will not be accepted."

"We’re waiting and seeing for some action that will help America’s motorists," he said.

In a report released earlier this week, Sen. Ed Markey (D-Mass.) detailed a laundry list of Trump and GOP policies he blamed for the rise in gas prices, which have increased by about 25 percent since Trump took office.

Topping Markey’s list is Trump’s "incoherent foreign policy," which he says exacerbates "geopolitical uncertainties" that drive international oil prices, including withdrawal from the Iran deal, Syria’s civil war, and unrest in the Middle East and Venezuela.

New sanctions on Iran could cut sales of oil from that country by as much as 300,000 to 600,000 barrels per day, leading to further price hikes, Markey said.

Markey also pointed a finger at the 2015 deal that ended the decades-old crude oil export ban, noting that since the ban was lifted, the United States is exporting "historic amounts" of crude to foreign countries.

That oil has been offset by production cuts by OPEC and Russia, with the goal of reducing oil inventories in the U.S. and elsewhere, states the report.

Legislation, S. 2886, he introduced this week would reinstate the export ban, while Markey separately is seeking a Government Accountability Office review of the effects of lifting the ban on consumers.

"Rather than sending American crude oil abroad to benefit Big Oil’s bottom line and foreign nations such as China, it should be kept here to help insulate consumers from geopolitical uncertainty and benefit American families," states Markey’s report.

Sen. John Hoeven (R-N.D.), who worked to end the crude export ban in 2015, dismissed the criticism yesterday, ticking off a list of reasons for rising prices at the pump.

"If you look at how those markets work, you’ve got some seasonality, the change from the winter blends to the summer blends, driving season, that’s part of it, but I think more than anything it’s just the global forces, and right now oil prices are higher for a whole variety of geopolitical reasons," he said.

"If we glutted our national market with domestically produced, it would drive down prices and people would stop producing," he told E&E News yesterday.

Also yesterday, Democrats on the Senate Finance Committee released a report highlighting how the GOP tax overhaul has benefited the oil and gas industry.

"This new report shows the massive tax breaks oil companies are getting from Trump’s tax law and how CEOs are using these breaks to pad their own financial portfolios and enrich shareholders worldwide," said Sen. Ron Wyden of Oregon, the top Democrat on Finance.

"Back in my home state of Oregon, working Americans who were left with Trump’s failure to deliver $4,000 wage increases are now seeing the cost of gas soar to over $3 a gallon," he said.

Markey also singled out Republicans’ tendencies in recent years to tap the federal Strategic Petroleum Reserve. Since 2015, Congress has allowed the sale of nearly one-third of the SPR’s oil to pay for unrelated programs.

"This means that our ability to use the SPR to protect consumers in the event of an emergency has been diminished," states the report.

In a letter to the Energy Department, Markey is seeking answers to a number of questions about the SPR, including the effects of reductions, international obligations and the department’s ability to replenish the stocks during emergencies.

Senate Energy and Natural Resources Chairwoman Lisa Murkowski (R-Alaska), who has opposed tapping the SPR to pay for non-energy-related programs, signaled she agreed with Markey’s point on the auctions.

"Maybe some people are too quick to jump into that little savings account," she told E&E News. "I’m not one though that has suggested that we immediately look to the SPR when the price at the pump increases."

But Murkowski dismissed the notion that voters will blame Republicans for rising gas prices.

"Everyone’s going to look for whatever political leverage they have going into an election," she said.