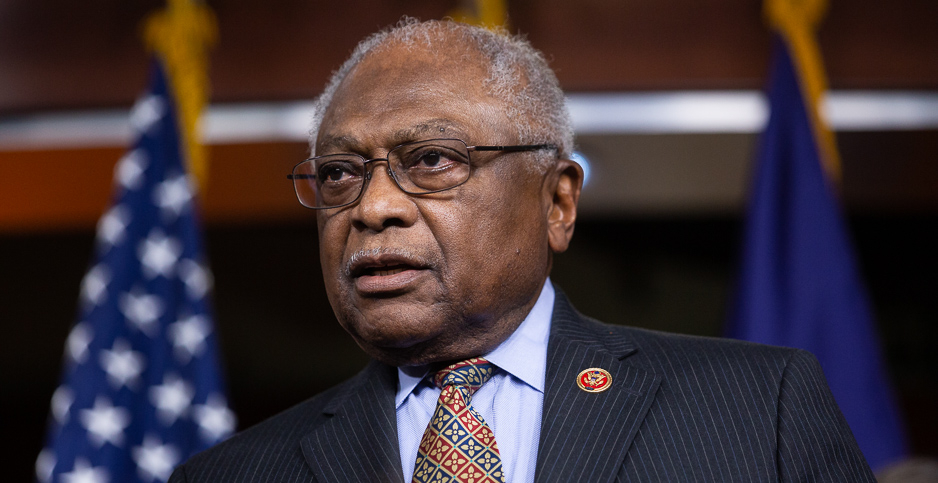 House Democrats are calling on at least two energy-related businesses to return forgivable government loans or to provide an explanation as to why they should keep the money.

Democrats are concerned that corporations managed to secure loans intended to aid struggling small businesses with fewer than 500 employees.

The program was created through last month’s coronavirus relief package after lawmakers fought over how to boost the economy amid the COVID-19 pandemic.

Another went to Universal Stainless & Alloy Products Inc., a company that sells a variety of steel products to power generation and oil and gas companies.

Clyburn and his Democratic colleagues urged the company CEOs to immediately return their $10 million PPP loans "so that these funds may be used to support truly small businesses that are struggling to survive during the coronavirus crisis."

"We did not intend for these funds to be used by large corporations that have a substantial investor base and access to capital markets," they wrote.

Neither EVO nor Universal Stainless responded to E&E News’ requests for comment by press time.

EVO brands itself on its website as one of the fastest-growing transportation providers to the U.S. Postal Service, with 1,400 employees and a fleet of more than 1,100 trucks and tractors, the Democrats noted.

Universal Stainless has more than 700 employees and reported net sales of $243 million in 2019.

The lawmakers asked the companies to respond by last night and, if they intend to keep the money, offer a justification by Friday.

The other signatories were top Democratic Reps. Maxine Waters of California, Bill Foster of Illinois, Jamie Raskin of Maryland, Andy Kim of New Jersey, and Carolyn Maloney and Nydia Velázquez of New York. They also sent letters to the CEOs of Gulf Island Fabrication Inc., MiMedx Group and Quantum Corp.

A host of big companies came under fire last month for receiving PPP money, including several other energy firms.

One of those companies, Hallador Energy Co., has ties to former EPA Administrator Scott Pruitt. The news elicited backlash from environmentalists (Greenwire, April 21).

DMC Global Inc., an oil well services company that had received a $6.7 million loan under the program, told investors last month it had returned the entire value of the loan.

Amid the public uproar about some publicly traded, well-financed companies getting loans, the Small Business Administration issued a new set of guidelines on April 23 regarding which companies can participate, including new standards for determining whether the loan is "necessary."

DMC returned its loan that same day, citing the new guidelines, the company said in a disclosure to investors.

"It is outrageous and telling that the first action committee Democrats have taken is blindly sending harassing letters to individual companies that followed the law to keep their workers on the payroll — a law that each of their members on the committee voted for — rather than using their power to work with together on a bipartisan basis to help families safely get back to work, and start holding China accountable for the devastation they perpetrated on the American people," Scalise said in a statement.

"We hope Democrats will change course and spend as much time targeting, shaming, and investigating China as they do going after American workers and job creators."