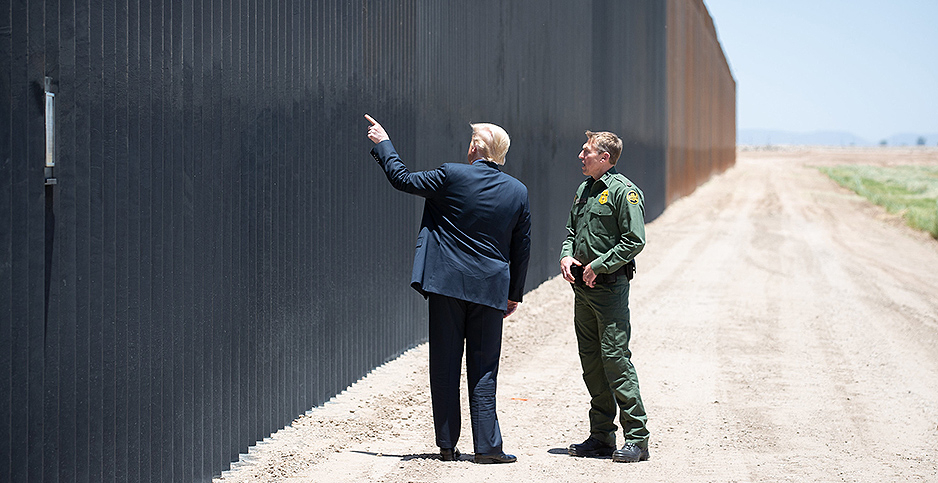 The Trump administration could soon be required to spend up to $75 million on efforts to mitigate environmental impacts from new border wall construction along the nation’s southern edge, according to a proposal from the House Appropriations Committee.

The measure, which includes $50.72 billion in discretionary spending, would bar funds from being used for additional border wall construction or new Border Patrol agents.

"With the nation facing threats ranging from the COVID-19 pandemic to terrorism and targeted violent extremism, our bill provides DHS with the funding it needs to protect American communities, including vital investments in disaster preparedness, secure seaports and borders, safety for air travelers, and cybersecurity," said Rep. Lucille Roybal-Allard (D-Calif.), chairwoman of the Subcommittee on Homeland Security. The panel will hold a markup on the bill today.

The spending bill would also rescind $1.374 million appropriated in fiscal 2020 to CBP for procurement, construction and improvements to counteract the president’s decision to reprogram an identical amount from the Defense Department via an emergency order on border wall construction.

But the DHS bill would mandate $75 million be used for the "environmental mitigation of border barrier construction," according to a statement from the committee.

The draft bill indicates that those funds would be directed to the Fish and Wildlife Service "for mitigation activities, including land acquisition, related to the construction of border barriers on Federal lands." The committee could not provide additional details about those land acquisitions.

The proposal would withhold $5 million of those funds, however, pending the submission of a report from CBP that Congress required in its 2020 spending measure.

That appropriations bill provided $1.375 billion for the construction of border walls along the nation’s 2,000-mile border with Mexico.

That law required the chief of the U.S. Border Patrol to submit a report on how to adapt barriers to "help mitigate community or environmental impacts of barrier system construction."

An Appropriations Committee spokesman said the review has yet to be received, although the fiscal 2020 bill required it to be submitted within 30 days of that law’s December 2019 passage.

The Trump administration has successfully fended off legal challenges as it looks to expand or replace existing border walls along the nation’s southern boundary.

The Supreme Court last week declined to take up a lawsuit on whether the administration can waive environmental laws and regulations as it pursues the project (Greenwire, June 29).

Laiken Jordahl, the Center for Biological Diversity borderlands campaigner, praised the funding proposal as a "good first step" but not sufficient enough to address existing damage.

"What price tag can you put on blasting sacred sites, plowing over ancient saguaro cactuses or damming the last free-flowing river in the Southwest with a border wall?" Jordahl told E&E News, referring to the San Pedro River in Arizona.

"Justice won’t be served until we tear down the wall and compensate border communities and Indigenous nations for the damages this administration has inflicted on our beautiful borderlands," he said. (Greenwire, July 1).