Democrats seek major shift in mobility for every American 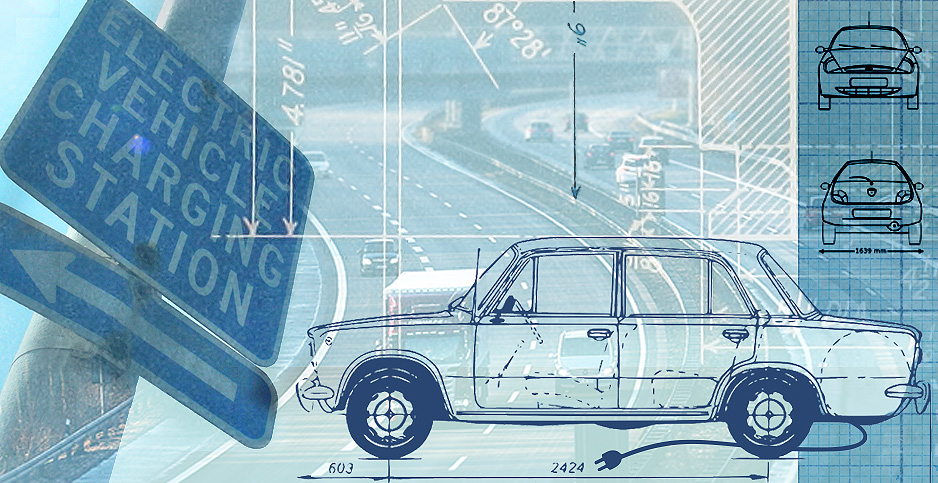 Third in a five-part series assessing the climate plans of the top three Democratic candidates for president. Read the other stories here and here.

The United States hit a milestone in the fight against climate change in October 2018 when sales of electric vehicles passed the 1 million mark.

But the achievement — though notable — is hardly cause for celebration.

It’s taken years and plenty of government-backed incentives to convince enough U.S. consumers to buy 1 million electric vehicles. And while sales have increased recently, they still represent just a fraction of U.S. demand. Last year, sales of EVs accounted for about 2% of the American market.

That worries climate scientists who study the transportation sector. If the United States hopes to reach net-zero carbon emissions by 2050, the country has roughly 11 years to turn 2% of new car sales into 99% or more, under some scenarios.

The main reason for the short time frame is that consumers often hold onto their cars for several years and that it will take time for U.S. drivers to switch to EVs.

In this scenario, the research firm described the adoption rate of EVs as an "unprecedented" outcome that "exceeds even cell phone adoption rates."

"There is no way the US will reach 99% EV sales in 11 years without unprecedented policy action," analysts with Rhodium concluded.

Separate modeling underscored the challenge. Without significant federal action, EVs are expected to hit 17% to 35% of new light-duty vehicle sales by 2030 (Climatewire, May 8).

Sanders wants "100 percent sustainable energy for electricity and transportation by no later than 2030." Warren is more specific: "100% zero-emissions for all new light- and medium-duty vehicles by 2030." Biden has the same goal but doesn’t put a date on it.

All three have proposed different ideas on how to encourage consumers to buy EVs, from tax incentives to trade-in programs.

Two experts who helped write the transportation chapter of the Fourth National Climate Assessment said the urgency of converting the U.S. fleet can’t be understated.

Paul Chinowsky, director of the Environmental Design program at the University of Colorado, agreed with Warren and Sanders that 2030 should be the target. But he said there are steps that policymakers can take in the interim to help reduce carbon emissions.

"The first policy needs to be reinforcing the gas mileage regulations," he wrote in response to written questions. "We should be progressive to also help move the auto industry toward developing electric vehicles [and] set a goal of 50 mpg for passenger and light-duty trucks, and 35 mpg for heavy-duty trucks.

"The goal should be within the next design cycle and have it by 2024," he added.

Shooting for 100% zero-emission sales by 2030 is admirable, but it could run into problems in regions outside the nation’s metropolitan areas, cautioned Jennifer Jacobs, a lead author of the transportation chapter and an engineering professor at the University of New Hampshire.

"I think it’s possible in an urban and maybe suburban areas, but I don’t know about rural," said Jacobs, who flagged the need to build the infrastructure necessary to support a future filled with EVs.

As of May 2019, there were about 69,000 fast-charging units in the United States — with about a third of them in California.

All three front-runners have called for a huge boost in the number of charging stations. Biden wants to stand up more than 500,000 new public charging outlets by the end of 2030. Sanders’ plan looks to "spend $85.6 billion building a national electric vehicle charging infrastructure network similar to the gas stations and rest stops we have today." And Warren said she wants a fast-charging station at every federal interstate highway rest stop by 2025.

Chinowsky noted: "Five hundred thousand sounds like a lot, but in comparison there are 150,000 gas stations (estimated). If you think of how many cars may be at a gas station at one time, then 500,000 charging stations is not as large a number as it seems."

But he added that the government likely would have to be the one to pick up the bill. "I don’t see the electric companies doing this on their own," he wrote.

A major worry for climate activists, however, is that converting the U.S. fleet to electric cars may be the easiest part of trying to decarbonize the transportation sector. More difficult are efforts to slash emissions in shipping, trucking and aviation.

"That’s a tougher nut to crack," said Jacobs of the intent to electrify the trucking sector. "It’s the amount of power" that’s needed.

To decarbonize shipping, trucking and aviation will require significant advancements in technology and increased spending on research and development, said Jacobs. "You are talking about tens of millions of dollars a year," she added.

Each of the front-runners has advocated for increased spending for this kind of research and deployment. Sanders said he wants to spend $150 billion to "fully decarbonize aviation and maritime shipping and transportation" and $216 billion to "replace all diesel tractor trailer trucks with fast-charging and long-range electric trucks."

Warren also wants to "hold climate pollution from civil aviation to 2020 levels, and then reduce them over time," according to her plan.

Another path of the transportation fight involves the efforts to boost U.S. public transportation ridership — long a goal of environmentalists and climate activists.

The obstacles here are well-known. Successful public transportation requires a significant amount of funding, and riders typically are hesitant to use mass transit if the service isn’t fast and reliable.

Sanders has been the most ambitious in his goals by aiming to boost "public transit ridership by 65 percent by 2030," according to his plan. He would spend $300 billion to do it.

But Chinowsky had his doubts.

Even getting to "50% is a stretch based on historic ridership," he wrote.

"We would need a large investment into light rail and commuter rail to make this happen. Or we would have to make parking costs extremely expensive to where it is a deterrent," he added. "But in general, public transit, once you get out of the eastern cities and maybe Chicago, does not adequately serve the sprawl that is the majority of the Midwest and West."

The three front-runners had some ideas, too.

Biden, a longtime Amtrak champion, said he wanted to "spark the second great railroad revolution." That includes increasing the speed of trains in the Northeast Corridor and growing the system beyond its base on the East Coast.

Biden "will expand the Northeast Corridor to the fast-growing South," according to his plan. "Across the Midwest and the Great West, he will begin the construction of an end-to-end high speed rail system that will connect the coasts, unlocking new, affordable access for every American."

Sanders had a similar idea and pledged that a "$607 billion investment in a regional high-speed rail system would complete the vision of the Obama administration to develop high-speed intercity rail in the United States."

The Vermont lawmaker also said he would "provide $407 billion in grants for states to help school districts and transit agencies replace all school and transit buses with electric buses."

Jesse Keenan, whose work at Harvard University includes urban development and climate adaptation science, described the challenge of decarbonizing the transportation industry as immense. He echoed the other experts in highlighting the importance of vehicle emission standards and said the government should do more to support transit-oriented development.

"Transportation is fundamentally about land use and tying mass transit to that land use," he wrote in response to written questions. "States need help standing up to home rule. It sounds draconian, but it is where [we] need to take this."

He also said the candidates, and the public, needed to be clear-eyed about what’s ahead.

"Finally, I’m skeptical of zero emissions," Keenan added. "We should be shooting for very low emissions and be realistic about this."