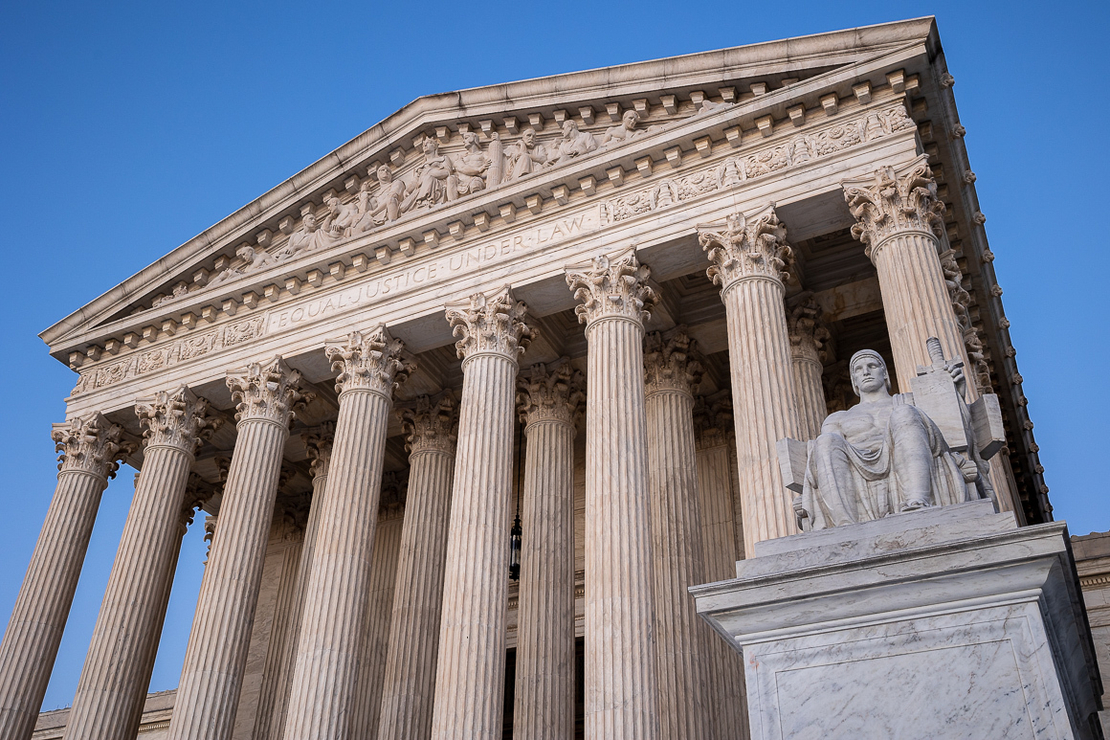 Democrats are fretting about the planet’s future, and their climate policy ambitions, after the Supreme Court this morning scaled back the Biden administration’s authority to regulate power plant greenhouse gas emissions.

The court, in a 6-3 ruling, said EPA does not have the broad authority it sought to use with the Obama-era Clean Power Plan to force the kind of emissions reductions that could be achieved by switching from coal-fired generation to cleaner sources of power.

Democrats, green groups and the clean energy industry view the decision as a major blow to President Joe Biden’s goal of decarbonizing the power sector by 2035 and to the scientific imperative of drastically slashing emissions by 2050. It also comes amid an increasingly fierce partisan battle on Capitol Hill about a court heavily shaped by President Donald Trump’s nominees.

“Today’s decision makes a mockery of the clear separation of powers outlined in our Constitution and subverts decades of settled law,” Pallone said in a statement. “The Clean Air Act is emphatically clear that EPA has both the authority and the obligation to protect public health and regulate dangerous air pollution like greenhouse gases.”

The case, West Virginia v. EPA, stemmed from a federal court ruling that struck down the Trump administration’s scaled back replacement for the Clean Power Plan. Trump’s EPA, the lower court ruled, had interpreted its Clean Air Act authority too narrowly.

The Supreme Court took up the case after a petition from Republican states and coal companies, a move that surprised legal observers, since the Biden administration had said it would not go back to the Clean Power Plan.

The decision today hinges on the major questions doctrine, the idea that sweeping regulations that are of “vast economic and political significance” should have more direct authority from Congress.

“A decision of such magnitude and consequence rests with Congress itself, or an agency acting pursuant to a clear delegation from that representative body,” Chief Justice John Roberts wrote in the court’s majority opinion.

The National Mining Association, to that end, today said the case was not about climate change, but rather “the authority of government agencies and the economic impacts to the states and all Americans when that authority is abused.”

Lawmakers on both sides of the aisle tracked the case closely and filed briefs, viewing it as hugely consequential for the future of U.S. climate policy.

For Republicans, it’s a victory in a long-running war over EPA’s regulatory authority.

“If Congress had intended to give EPA such sweeping authority to transform an entire sector of our economy, Congress would have done so explicitly,” Senate Environment and Public Works ranking member Shelley Moore Capito (R-W.Va.), who led a GOP amicus brief in the case, said in a statement.

“Today’s decision by the Supreme Court is welcome news and further proves that EPA overstepped its authority by imposing enormously burdensome regulations on states to reconfigure our electric grid despite Congress’s rejection,” Capito said.

The court’s decision does not go as far as some Democrats had feared, leaving intact EPA’s general authority to regulate greenhouse gas emissions.

“Make no mistake, this decision — and all of the decisions this week — will be directly responsible for the harm and deaths of countless Americans,” Grijalva said in a statement. “And while there’s no question that this GOP takeover will hurt everyone, we know that poor communities, communities of color, and Indigenous communities will be hurt the most.”

Democrats are hoping the ruling adds additional impetus to push their reconciliation spending measure through Congress.

Senate Energy and Natural Resources Chair Joe Manchin (D-W.Va.) has looked to scale back the climate provisions of the original “Build Back Better Act” in negotiations with Senate Majority Leader Chuck Schumer (D-N.Y.) over the past few weeks, but Democrats are optimistic they can get at least some clean energy incentives over the finish line. Manchin is yet to comment on today’s decision.

“We must redouble our efforts to enact robust climate programs and investments to address the crisis we face,” Pallone said. “EPA continues to have many powerful tools at its disposal and there is more both Congress and the President can do to meet the climate crisis head-on. I am determined to get the job done.”

“We are deeply concerned about today’s Supreme Court ruling and its broader repercussions,” Gregory Wetstone, president and CEO of the American Council on Renewable Energy, said in a statement.

“At a time when we should be using the most powerful tools in our toolbox to combat the climate crisis,” he said, “the Supreme Court is blunting our key instruments.”

In broader terms, the decision also underscores the partisan fight over the Supreme Court’s future, piling on to a flurry of other decisions this month that overturned abortion rights and scaled back gun laws.

After the court knocked down Roe v. Wade last week, some Democrats accused GOP-nominated justices of lying to Congress because they had said the long-standing decision guaranteeing abortion rights was settled precedent.

Schumer said, “The decadeslong fight to protect citizens from corporate abuses is being wiped out in a single case by extremist MAGA judges. Today’s decision adds to a number of dangerously outrageous decisions that have rightly tarnished the public’s confidence in the Court.”