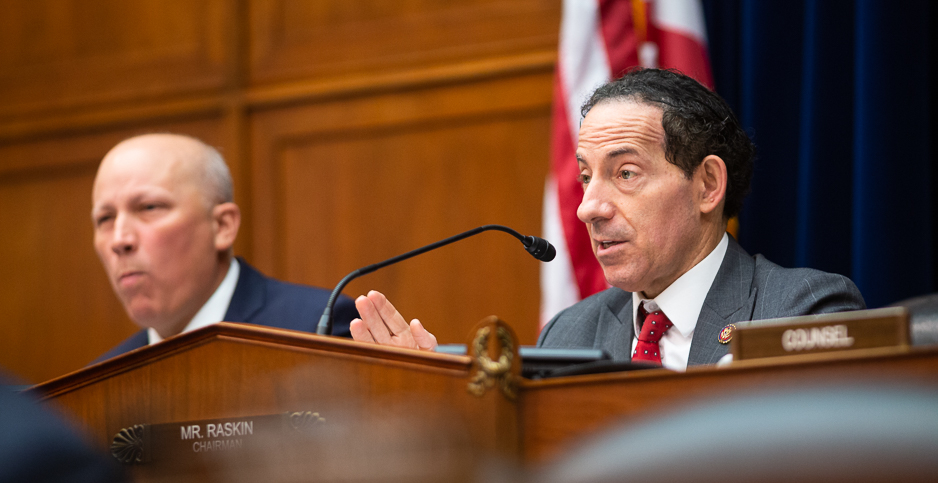 As Exxon Mobil Corp. faced a New York City court, two of the company’s former scientists told a House panel yesterday Exxon has known for decades about the impacts its products have on the climate.

Yesterday’s hearing was the first in what will likely be a string of hearings targeting the fossil fuel industry.

Martin Hoffert, a scientist recruited to work as a consultant for Exxon in the early 1980s, told the Oversight and Government Reform Subcommittee on Civil Rights and Civil Liberties that he worked with company scientists to produce work consistent with the U.N. Intergovernmental Panel on Climate Change.

Yet while its scientists were producing peer-reviewed work showing greenhouse gases were warming the planet, the company began to take a different public position, Hoffert said.

"The advertisements that Exxon ran in major newspapers raising doubts about climate change were contradicted by the scientific work we had done and continued to do. Exxon was publicly promoting views that its own scientists knew were wrong," he told the panel.

"This was immoral and has greatly set back efforts to address climate change," said Hoffert during the hearing.

The testimony laid bare allegations that have been public knowledge for years — that Exxon and oil and gas industry groups ran public relations campaigns to cast doubt on climate science, even after their own scientists had warned about climate change for years.

And it’s the potential start of a refreshed campaign by Democratic lawmakers to expose the industry as part of their push to pass aggressive climate legislation.

The company broadly denies the premise and did not have a witness at the dais yesterday. Exxon spokesman Steven Soper said in response that "claims that company researchers reached definitive conclusions about climate change decades before the world’s experts are simply not accurate."

"Our researchers recognized the developing nature of climate science at the time, which mirrored global understanding," he said in an emailed statement. "Cherry-picking statements is a tired tactic employed by activists to deliberately mislead the public, and has long been discredited."

But subcommittee Chairman Jamie Raskin (D-Md.) said the hearing was an effort to create a public paper trail. Down the road, Raskin said lawmakers are interested in input from the oil companies themselves.

Ultimately, there will be "some kind of reckoning" for Exxon and other oil companies, Raskin told reporters after the hearing.

"We certainly are interested in getting a more fine-tuned sense of what exactly the oil industry knew and when it knew it, and then how it made its decision to obscure the science, rather than to clarify and amplify it," he said. "So I think that that will be doing a real public service."

To illustrate that potential, Sharon Eubanks, who led lawsuits against tobacco companies, evoked the hearings that one-time Energy and Commerce Chairman Henry Waxman (D-Calif.) held decades ago to investigate that industry.

"Legislation is needed, and legislation and oversight are conjoined," she told the panel. "Hearings make a public record."

The testimony came as Exxon faces trial in the New York Supreme Court, though that case is not directly related to its climate science.

Rather, it centers on the company’s use of "proxy costs," a hypothetical carbon price companies use to assess their risk from climate regulation. In short, prosecutors allege that Exxon defrauded investors by using higher proxy costs in public than those they used to make decisions internally.

Republicans — who spent most of the hearing talking around the issue, worrying about high energy prices or attacking the Green New Deal — were nonetheless quick to seize on the timing as an attack on the energy industry.

"Some of the witnesses here today I think have been coordinating for years — going to meetings and discussing and pursuing congressional hearings and getting sympathetic states’ attorneys general in an effort to secure documents from different oil and gas companies," said ranking member Chip Roy (R-Texas).

"The purpose of this hearing seems to be to stir up a media frenzy and provide a storyline for the current court case going on in New York," he said.

Roy added that the New York case is largely about "accounting disagreements" rather than allegations of covering up climate science.

In any case, there’s little doubt the company has known how problematic climate change could be for decades, said Ed Garvey, a former Exxon scientist who collected data while working with the company that eventually ended up in peer-reviewed studies.

"Exxon knew of the anthropogenic climate change issue and considered it a sufficiently important problem to the company, and perhaps to society, that it funded and undertook a major research investigation of the world’s atmospheric and oceanic CO2 levels," Garvey said.

Meanwhile, the company and the industry continued to spend millions of dollars attacking scientists and lobbying against climate legislation even into the 2000s, said Naomi Oreskes, a Harvard University professor and co-author of the book "Merchants of Doubt."

"Why did we fail to prevent dangerous climate change? The answer is not for lack of information or awareness," she told the panel. "I submit that a large part of the answer is the systematic, organized campaign by the fossil fuel industry and its allies to sow doubt about the science and prevent meaningful action."