Dems call for grid spending in response to Texas disaster 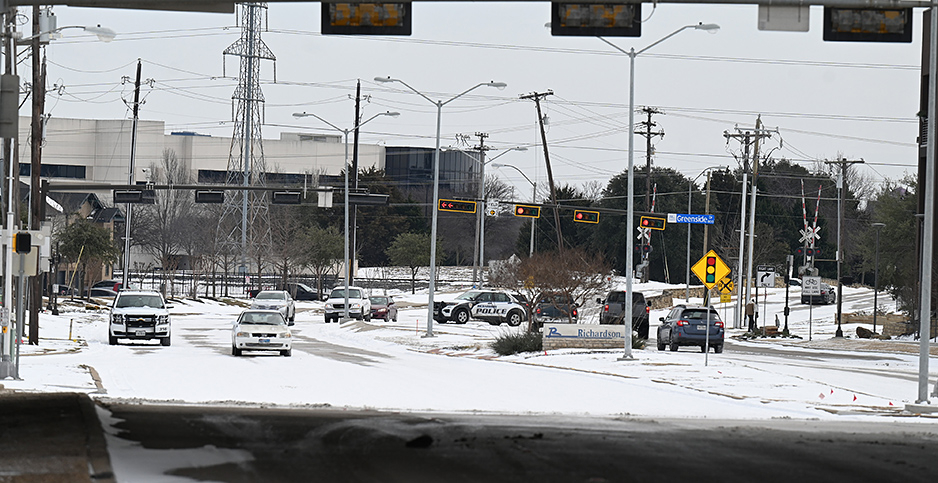 As Texas slogs through another night with rolling blackouts, Democrats are seizing on the state’s electric grid failure to make the case for more federal investment in an improved, clean energy-centric grid nationwide.

The rallying cry is emerging from both Congress and the White House in a policy alignment that could improve the chances of a massive investment attached to an upcoming infrastructure package.

"Extreme weather poses risks to the grid that require smart and urgent investments to reduce blackouts and brownouts," House Speaker Nancy Pelosi (D-Calif.) said in a statement. "Together, we must build back better an electric grid that’s cheaper, cleaner and more reliable."

House Democrats included some $70 billion for grid improvements and clean energy deployment as part of their $1.5 trillion infrastructure plan last Congress. With provisions to boost tax incentives and energy efficiency, a similar proposal could reemerge as part of this year’s infrastructure push.

"Congress must work with the Biden administration to make the necessary investments in infrastructure to ensure that all our communities are prepared for whatever challenges a changing climate presents," House Majority Leader Steny Hoyer (D-Md.) said. "This is a time to act and be bold."

Republicans, however, have looked to blame renewable energy for Texas’ power woes, despite evidence from the state’s Electric Reliability Council that fossil fuel generation was the main culprit.

The argument is sure to be on display later this morning during an Energy and Commerce Committee hearing on the clean energy transition. Democrats on the committee, though, have been emboldened about the need for an infrastructure build-out.

"This is a crisis, not fodder for an anti-renewable energy campaign. This was a failure to consider our rapidly changing climate and the extreme weather that comes with it," E&C Chairman Frank Pallone (D-N.J.) said in a statement to E&E News.

"It was a failure to recognize that the 100-year storms of yesterday may now be the every 10-year storms of today," he added. "It’s a reality check that we need to make our electric grid and energy infrastructure far more resilient to climate change."

White House spokeswoman Jen Psaki has been cautious about drawing too many direct energy policy implications from the blackouts. But she has used the opportunity to pitch a grid investment response.

President Biden’s climate plan called for a $2 trillion investment in clean energy research and development and infrastructure deployment. Such a grid improvement plan aligns with his appeal to increase union jobs in the clean energy sector.

"Building resilient and sustainable infrastructure that can withstand extreme weather in a changing climate will play an integral role in creating millions of good-paying union jobs, creating a clean energy economy and meeting the president’s goal of reaching a net-zero emissions future by 2050," Psaki said yesterday, "and also will be beneficial in future storms."

Energy secretary nominee Jennifer Granholm added to the Biden administration’s call for investment. "One thing is certain: America’s electricity grid is simply not able to handle extreme weather events," Granholm said. "Whether it’s wildfires in California or snowstorms in Texas, we need to upgrade our grid infrastructure ASAP."

The Department of Energy has long pressed for improvements to the nation’s transmission and energy distribution infrastructure to harden it against inclement weather. It was a major recommendation made by the Obama administration in its "Quadrennial Energy Review," released in sections in 2015 and 2016.

While Granholm awaits a vote by the full Senate, leaders at DOE are mobilizing in response to the Texas blackouts.

Patricia Hoffman, acting assistant Energy secretary for the Office of Electricity, said DOE suspended operations at its Pantex nuclear weapons facility in Amarillo to free up power in Texas.

DOE has also worked with the Army Corps of Engineers to route energy from hydroelectric sources. The U.S. Energy Information Administration has been providing updates on oil and gas inventories.

One analysis yesterday said some 40% of Texas’ oil production was offline because of freezing temperatures. DOE doesn’t yet have plans to tap into the Strategic Petroleum Reserve, a spokesperson said.