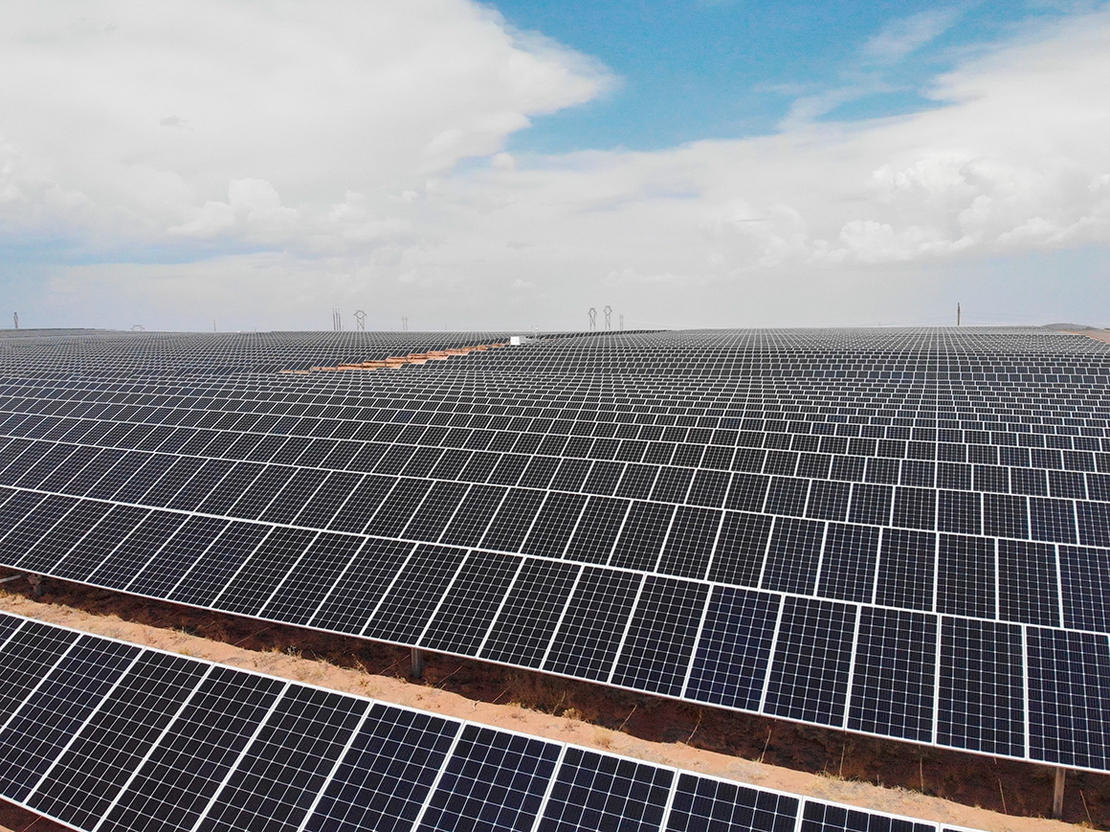 The Clean Electricity Performance Program (CEPP) under consideration in Congress would dole out monetary awards to electric companies that meet annual clean electricity targets and ding them financially if they don’t. The landmark federal proposal is designed to boost renewables across the electric sector, but critics argue that its terse language may leave key players out.

Absent from the program in its current form is a requirement that electric companies choose the cheapest way to add clean power to the grid, which would be done through a competitive bidding process. Some large renewable energy developers are concerned that regulated, investor-owned utilities will opt to build all the clean energy projects themselves so they can recoup the cost of those capital investments plus earn a profit.

"[They] have an incentive to build their own generation,” said Brian George, policy strategy and government affairs director for the Electric Power Supply Association (EPSA), the national trade group for competitive power suppliers.

George acknowledged that the bill as written doesn’t tell the investor-owned utilities to build their own generation, but “it also doesn’t require competitive bidding," he said. A congressional directive would eliminate any room for interpretation, he added.

Typically, large-scale wind, solar and storage projects prove to be the cheapest electricity, renewable proponents argue. As state energy regulators and electric companies set renewable or net-zero carbon goals, clean energy advocates argue that electric companies should be required to solicit proposals to build new generation from all types of fuel — and all builders — to see who can add those electrons at the lowest price.

An official with the Edison Electric Institute, the trade group representing investor-owned utilities, said that argument is disingenuous because it leaves out a critical component of the generation planning process: the states.

“The state regulatory process, by definition, requires that [the regulated electric companies] prove that what they are doing is prudent,” said Emily Fisher, EEI’s general counsel and senior vice president of clean energy.

Electric companies typically go through a long-term planning process that state utility regulators vet. Efforts to meet the federal proposal’s goals would likely show up in a state-level Integrated Resource Plan (IRP) that needs to pass muster with state regulators.

This means the CEPP wouldn’t automatically give electric companies a green light to build gobs of renewable energy. Broadly, the policy would make power providers eligible for federal grant money if they boost the amount of clean electricity on their grids by 4 percent annually — and penalize those that don’t.

Investor-owned utilities would likely build their own renewable generation while still buying from other independent power producers to hit that target, according to EEI.

“It would be absurd and inefficient to think that every individual eligible electricity supplier that has the performance objective is going to build their way to compliance all by themselves; that wouldn’t make any sense,” Fisher said.

What’s more, the CEPP is based on traditional clean energy standards, which also involve a carbon trading mechanism, she said. Discussions about that likely will show up if the measure gets to the rulemaking process at the Department of Energy.

The CEPP passed the House Energy and Commerce Committee last week, but the proposal’s fate is far from certain, as it faces an uphill climb in the U.S. Senate, where Energy and Natural Resources Chair Joe Manchin (D-W.Va.) has vowed to oppose it along with the Biden administration’s $3.5 trillion reconciliation bill.

CEPP’s backers have said the final language could change in talks with Manchin and other key players in Congress (E&E Daily, Sept. 22).

Clean energy and environmental groups have warned lawmakers not to water down the CEPP amid ongoing negotiations.

Republicans are arguing that the proposal doesn’t fit in the reconciliation plan because it shouldn’t count as a budget item.

Concerns have bubbled up from many facets of the nation’s electric utility industry.

One of the nation’s largest power providers, American Electric Power, said in a recent letter that the program would “adversely impact the reliability and resilience of the electric grid" (Climatewire, Sept. 15).

Independent power producers shouldn’t worry, because demand for renewable projects will be so high that electric companies won’t be able to build all of them on their own, said Jesse Jenkins, a Princeton University professor who studies energy systems and has advised lawmakers on the Biden administration’s clean energy standard, which morphed into the CEPP.

What’s more, renewable developers have a set of tax incentives, which make the projects cheaper to begin with, Jenkins said.

Other portions of the House reconciliation bill would extend the production tax credit (PTC) for qualifying renewable sources through 2031 and the investment tax credit (ITC) in most cases through 2032 (E&E Daily, Sept. 13).

The credits commonly are used for wind and solar generation, but other resources, including landfill gas, hydropower, geothermal and marine energy, would generally qualify for the PTC under the plan.

Energy storage and linear generators would qualify for the ITC under the House bill.

The tax credits are designed to work in tandem with the CEPP, Jenkins said. The tax incentives boost the supply side, and the CEPP targets the demand side.

“The policies are designed to … motivate both sides of the market so we don’t just have a bunch of tax credits making the clean energy cheaper but nothing motivating the buyers to buy more clean electricity,” he said.

“The developers will be getting more money because demand for clean energy across the country will be soaring to unprecedented rates, and they are going to be able to have a lot more customers.”