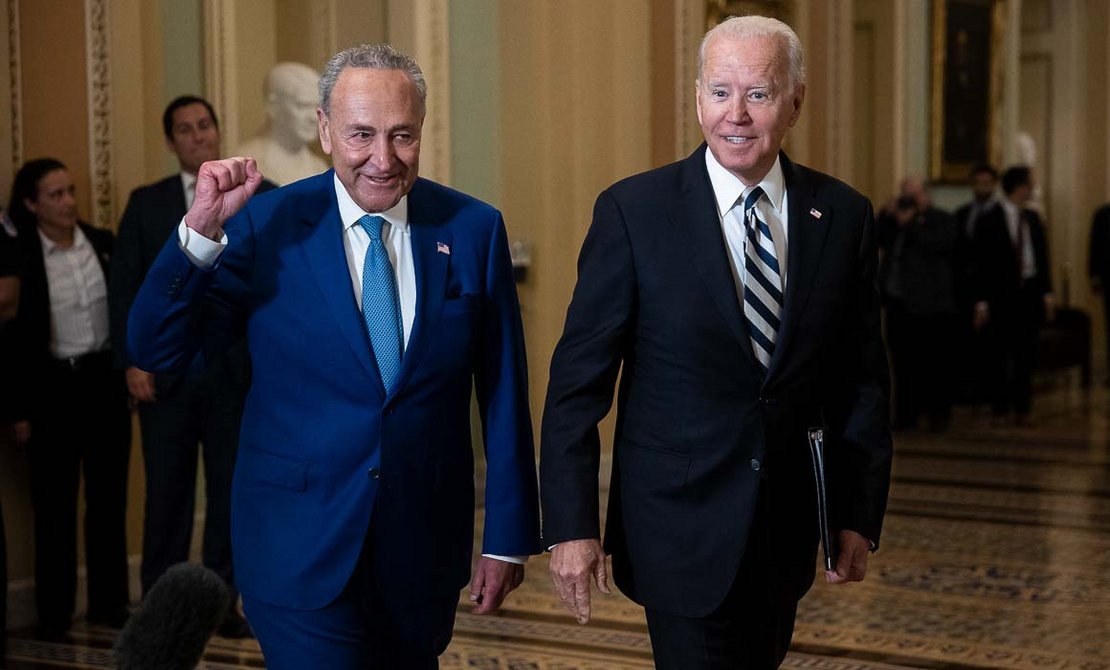 Democrats are looking to include a clean electricity standard, a methane fee and a carbon border adjustment fee in a massive $3.5 trillion reconciliation package, lawmakers said today.

It’s a hugely consequential slate of climate policies from the Biden administration’s wish list, and it will be the subject of intense intraparty debate and procedural maneuvering in the coming weeks. The president was at the Capitol this afternoon meeting with Democratic senators.

Also part of the agreement is a Civilian Climate Corps, federal clean technology procurement and a clean energy accelerator, according to lawmakers and Democratic aides.

Senate Democrats agreed last night on a the top-line number for a budget resolution that will lay the groundwork to pass a partisan bill through reconciliation, which allows certain policies to skirt the filibuster (E&E Daily, July 14).

The resolution — still to be written — will will give broad direction to other committees to draw up spending and tax policies for a reconciliation package. But lawmakers said today that Democratic leaders have agreed to include an array of climate policies in the legislation that will eventually emerge.

"Now we have to put pen to paper and flesh it out, but I think that the principle here is at least a methane fee, some kind of border adjustment, although there are serious technical challenges there," Sen. Brian Schatz (D-Hawaii) told reporters.

Budget Chair Bernie Sanders (I-Vt.) told reporters he felt the top-line funding level would result in “the most consequential piece of legislation passed since the 1930s.”

As for whether it would constitute the most consequential piece of legislation in terms of climate action, Sanders replied, “It goes without saying."

Sen. Tina Smith (D-Minn.), one of the Senate’s leading CES supporters, added that Democrats have a "map for what should go in this policy."

"I see the CES as a cornerstone of that strong climate policy, and now we need to get the details filled in," Smith told reporters.