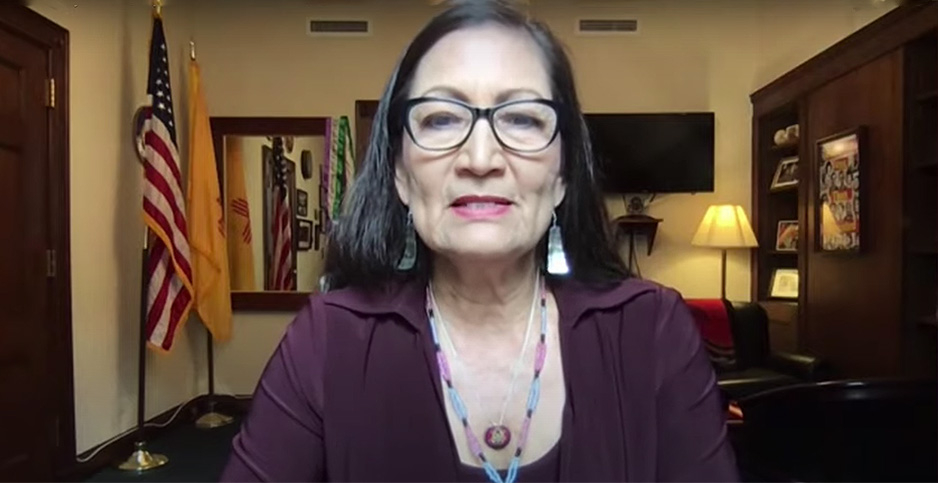 House Democrats want to highlight environmental justice issues amid talks on the next phase of COVID-19 relief.

In the Senate, last week more than a dozen Democrats in the Environmental Justice Caucus wrote leaders a detailed seven-page letter with policy proposals.

Environmental justice was also a topic at several virtual Earth Day events last week, as lawmakers continued their efforts to promote their work via Zoom and other video conferencing platforms.

It’s likely to be a talking point for Democrats as negotiations proceed in the coming weeks to the fourth phase of coronavirus relief, particularly after research is showing vulnerable populations are being hit hardest by the pandemic.

"Any stimulus should help everyone," Haaland said during a virtual Earth Day event. "It should help all people regardless of race, immigration status, gender, anything."

For Democrats, Haaland added, the next phase of relief "will be an opportunity for us to invest in the Green New Deal and environmental issues and climate change."

The next steps for Congress remain uncertain, with both chambers expected to remain in recess until at least May 4 and Senate Majority Leader Mitch McConnell (R-Ky.) downplaying the immediate need for another legislative package (Greenwire, April 22).

But the focus on environmental justice comes amid an increasingly frantic rush by energy and environmental interests to be included in the next stimulus (see related story).

Environmental groups and the clean energy industry have been lobbying for weeks for deadline extensions for renewable tax credits, as well as green infrastructure and new tax credits for energy storage, among other things.

And the National Wildlife Federation is pushing lawmakers to include "natural" climate solutions — such as new loan funds for mitigation projects, investments in water infrastructure and forest conservation — in stimulus talks.

The group is circulating a set of policy recommendations to key committees and individual lawmakers this week, which it says can help prepare for and mitigate climate change, as well as create jobs in an unprecedented economic crisis.

While the policy platform was initially a contribution to the emerging discussion about natural climate solutions on Capitol Hill before the pandemic, it fits neatly into congressional discussions about using infrastructure to stimulate the economy after COVID-19, said Shannon Heyck-Williams, director of climate and energy policy at the National Wildlife Federation.

"The set of solutions presented here are actually by and large very appropriate for what the country desperately needs," she said. "These are, in most cases, near-term, shovel-ready jobs that can be throughout our country, in rural areas, small towns, large cities and everything in between."

Schedule: The roundtable is Tuesday, April 28, at 1 p.m. via webcast.