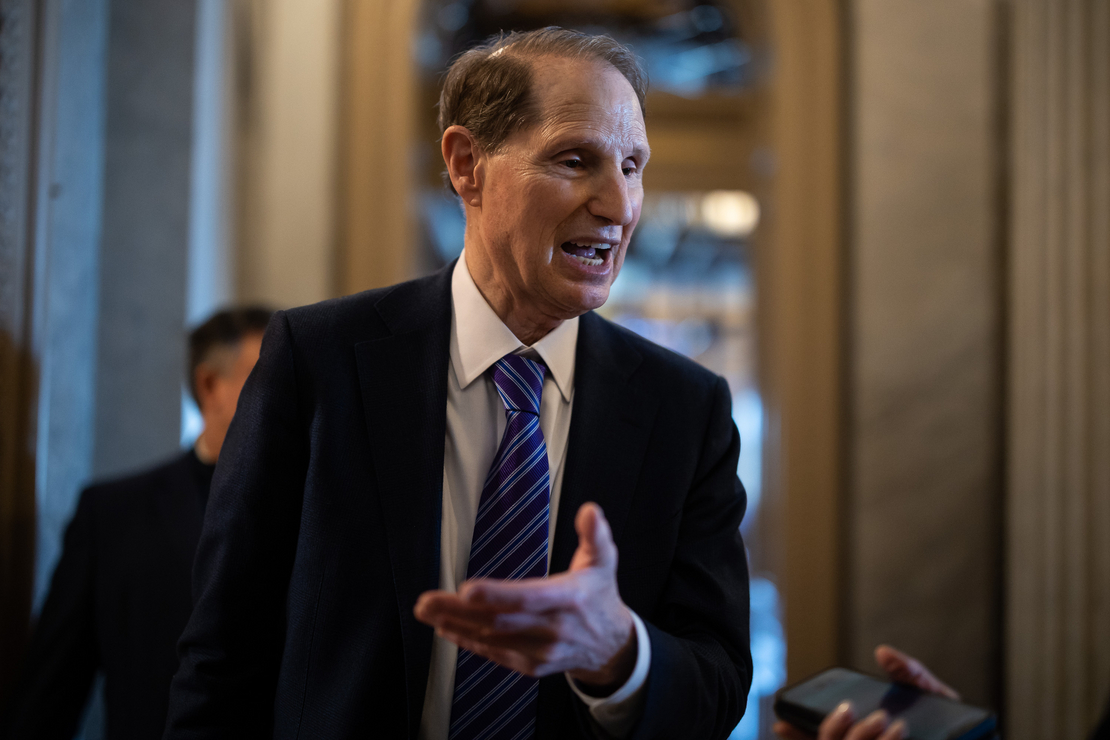 Democrats are ramping up their rhetoric on gas prices, accusing oil companies of failing to increase production amid surging demand.

The escalation on oil companies appears to be aimed at spurring production from the industry as the Biden administration and congressional Democrats struggle to find a silver-bullet solution for a problem with multiple, cascading causes.

“Oil companies set oil prices; nobody else does,” said Sen. Sheldon Whitehouse (D-R.I.) on a press call with reporters to promote his bill to apply a windfall tax on oil companies’ profits.

“America’s big oil companies chose to follow the artificial international cartel price, rather than do market-based cost-plus pricing,” he added. “And the result they can’t deny, because they’re reporting it to their shareholders, is massive, massive, massive excess profits.”

His bill, S. 3802, would offer consumers a quarterly rebate out of the revenue raised from the windfall profits of major oil companies that produce or import at least 300,000 barrels of oil per day. Democrats estimate that the tax could raise as much as $40 billion annually (E&E Daily, March 31).

The sponsor of the House version of the bill, Rep. Ro Khanna (D-Calif.), said consumers are getting a raw deal.

“You have these oil companies making record profits at a time of a national emergency, and the people who are getting fleeced are the American consumers,” he said. “What this bill says is that you can’t charge obscene amounts of money for oil to enrich shareholders, enrich Wall Street, enrich executives at the expense of ordinary Americans at the pump.”

Senate Finance Chairman Ron Wyden (D-Ore.) said he is preparing another proposal to tax profits from oil companies that are not being reinvested into workforce training or more production. The proposal would include a 21 percent tax on profits deemed excessive for companies making over $1 billion.

“If an oil company is training their workers or buying equipment, that’s fine, but what records show is that they are using money to jack up profits and pay off their wealthy shareholders,” Wyden told reporters. “And that’s what we are looking to stop.”

The calls for windfall taxes come as Biden is pressing oil companies to bolster refining capacity.

In letters to major oil companies yesterday, first reported by Axios, Biden said he is considering using emergency powers to ramp up refinery output. He also called for a summit of the oil industry with Energy Secretary Jennifer Granholm to talk through ways to bolster production and reduce prices.

Democrats largely backed the White House’s new approach to keep the pressure on the industry, especially as refining capacity has declined globally since the start of the Covid-19 pandemic.

Sen. Martin Heinrich (D-N.M.) said that “oil companies seem comfortable with the current imbalance,” which he said is keeping prices high. “The president’s efforts are a good start to shaking that up,” he added.

“The President is right,” he tweeted yesterday. “While global gas prices are spiking from Russia’s war on Ukraine, refiners are enjoying historically high profits, worsening the financial strain families are feeling at the pump.”

Some moderates aren’t on board

Several Texas Democrats, whose districts’ economies are tied to the energy industry, are frustrated that the president is taking aim at oil and gas companies.

“I don’t think they need to be castigated in any way. I think they are doing all they can,” said Rep. Vicente Gonzalez (D-Texas), who said there should be conversations between the White House and energy sector about expanding production, not “finger-pointing.” In a tweet, he urged Biden to “stop with the blame game and get together in good faith to get something done.”

“What the president says has a ripple effect on the industry,” Cuellar said. “So if the president is supportive, saying, ‘Hey, look, we need domestic production in a clean, and environmentally safe way,’ that would go a long away.”

Both Texas Democrats said they are open to finding ways to increase refinery capacity but said it’s a complex issue involving long-term investments in infrastructure that probably would not have an immediate impact on lowering prices.

Rep. Josh Gottheimer (D-N.J.), the moderate leader of the bipartisan Problem Solvers Caucus, said he supports efforts by Granholm to negotiate with energy companies, but worries that they alone won’t be enough.

“I’m calling on the president to sit down with domestic oil and gas companies and find a way forward to lower prices. … This has got to be a top priority,” he said.

“I am not going to get heartburn with every single thing [Biden] does; he’s trying to navigate the short-term political moment,” said Rep. Jared Huffman (D-Calif.), a leading progressive voice on clean energy. He said Congress needs to get more serious about price gouging and profiteering by energy companies but lacks the political will.

The House last month passed H.R. 7688 to give the Federal Trade Commission more power to address price gouging, despite grumbling from some Democrats. The Senate Commerce, Science and Transportation Committee delivered a tie vote on a companion. It’s unclear where the effort will go (Greenwire, May 25).

Republicans, who have used every opportunity to blame Democrats for high gasoline prices, chafed at the Biden letters.

“Refineries are shutting down and they aren’t building new ones because they are being told by the administration and the radical left that we’re not going to be using oil in 10 or 15 years,” Sen. Marco Rubio (R-Fla.) told reporters.

“When you tell someone that a facility that you need to run 15 years to make break even is not going to be needed in that time because of Green New Deals, why would somebody build a refinery or operate one at this point?” he added. “That’s the challenge with refinery capacity.”

The American Fuel & Petrochemical Manufacturers (AFPM) outlined in a recent blog post that the United States has lost approximately 1.1 million barrels of refinery capacity over the course of the past two years in part due to the pandemic and other business expense reasons.

Refiners do not have the ability to jump-start that lost capacity immediately. Some facilities have already been permanently shuttered or retrofitted for renewable fuel processes, the group said. And any idle facilities would take long lead times to bring up to speed, it added.

“I just ask the question, ‘Really? Is this really where the administration wants to go?’“ Energy and Commerce ranking member Cathy McMorris Rodgers (R-Wash.) said in a CNBC interview. “It seems like they are really out of touch with what it takes to bring down the price of gas.”

Republicans have taken similar approaches to a windfall tax proposal. Their opposition likely dooms any chance for its passage through the Senate.

“It’s quite amazing that folks are wanting to find a way to drive up the cost of energy even higher and to reduce supply even more,” Sen. James Lankford (R-Okla.) said in an interview. “It’s basic economics that to tax something more means you get less of it. You increase the tax, you increase the price.”