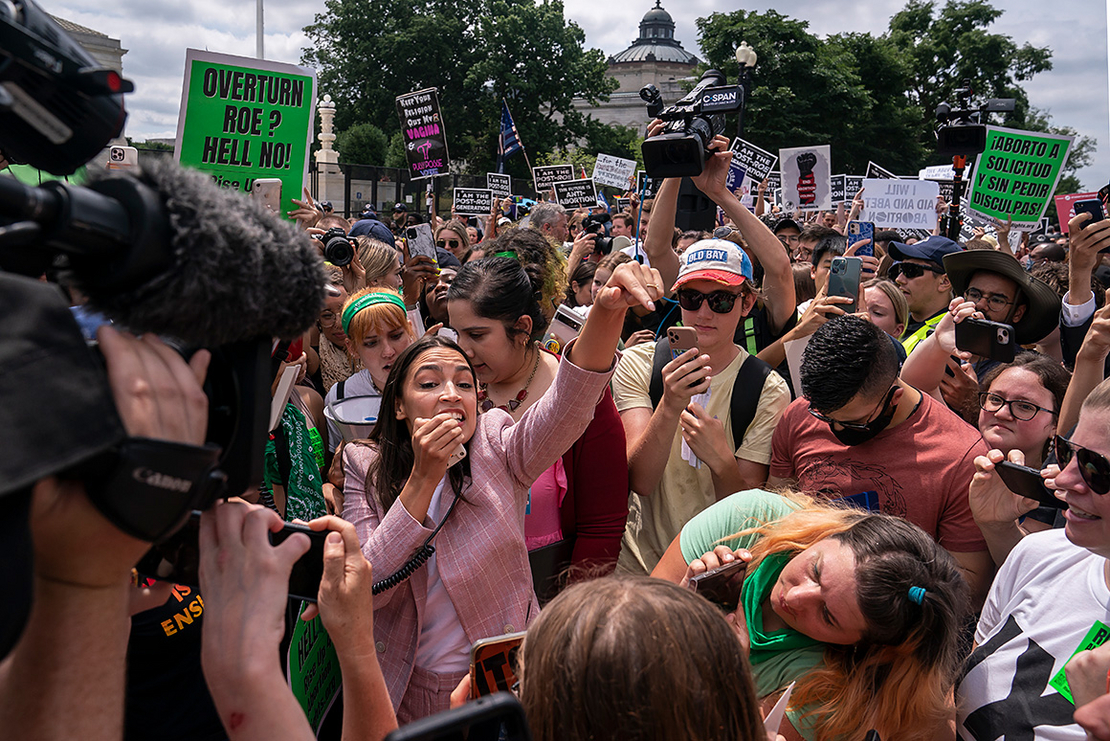 Both Massachusetts Sen. Elizabeth Warren (D) and New York Rep. Alexandria Ocasio-Cortez (D) separately demanded this weekend that the Biden administration use “federal lands” to ensure abortion access in areas where services have been or will soon be barred.

The Supreme Court on Friday voted to strike down the seminal 1973 ruling Roe v. Wade, which could result in abortion bans in more than half of the nation’s states. Among those are several with significant public lands acreage, including Idaho, Wyoming and Utah (Greenwire, June 24).

Turning to federal lands to expand abortion access could theoretically entail a broad swath of government-owned properties. But public lands experts say that likely means turning to Defense and Veterans Affairs department facilities, rather than pop-up clinics at national parks or on Bureau of Land Management properties.

“There are … actions at President Biden’s disposal,” Ocasio-Cortez said Friday at a rally in New York City’s Union Square, recorded by The Independent’s Jenna Amatulli. “I’ll start with the babiest of the babiest of the baby steps: Open abortion clinics on federal lands in red states right now.”

Similarly, Warren stated in an interview on ABC’s “This Week” that Biden should “make abortion as available as possible with the tools he has, including medication abortion, including using federal lands as a place where abortions can occur.”

Neither Ocasio-Cortez’s nor Warren’s offices returned requests for additional information about their proposals.

But in a letter to Biden earlier this month, Warren and two dozen Senate Democrats outlined how the president could use “federal property and resources,” including requiring the Defense Department and Office of Personnel Management to relocate military personnel and federal employees to ensure access to reproductive health care services.

“The Department of Justice and all relevant agencies could analyze the types of reproductive health services that could be provided on federal property, especially in states where such services are limited by state law or regulation,” the letter states. “And all federal agencies — including those who retain custody or control over individuals or provide healthcare to them — could conduct a review of their regulations and policies that limit abortion care and other reproductive health services and promulgate new regulations that expand access to those services.”

Public lands experts say they aren’t expecting abortion clinics to pop up on federal lands overseen by agencies like BLM or the Forest Service.

Redirecting money without getting approval from Congress — which holds the purse strings for the federal government — would almost certainly draw legal challenges, Snape said.

“It seems like that would strike a lawsuit from the other side if they just took money for wild horses and decided to provide abortions,” he said of federal land management agencies.

There is also the hurdle of the Hyde Amendment, the law that bars federal funding from going to abortions via programs including Medicare and the Indian Health Service, as well as the Federal Employee Health Benefits Program (E&E Daily, March 11, 2021).

Lawmakers’ request to expand abortion access on federal lands “strikes me as a legitimate request to the president,” Snape said, adding that the VA and DOD seem like the most likely agencies the president could turn to.

“DOD clearly has the capacity in both its planning statutes and its discretion to open up facilities that the president thinks is in national interests,” he said.

The Center for Biological Diversity’s Public Lands Program Director Randi Spivak likewise questioned the feasibility of using public lands for abortion access, noting that many sites are isolated or far from population centers.

“Aside from visitor centers, they don’t have facilities to accommodate these kinds of procedures and personnel,” Spivak said.

The Interior Department referred inquiries about whether the administration is considering any plans to expand abortion services on federal lands to the White House, which did not immediately respond to requests for comment.