Dems look to reframe ‘Build Back Better’ on pocketbook issues 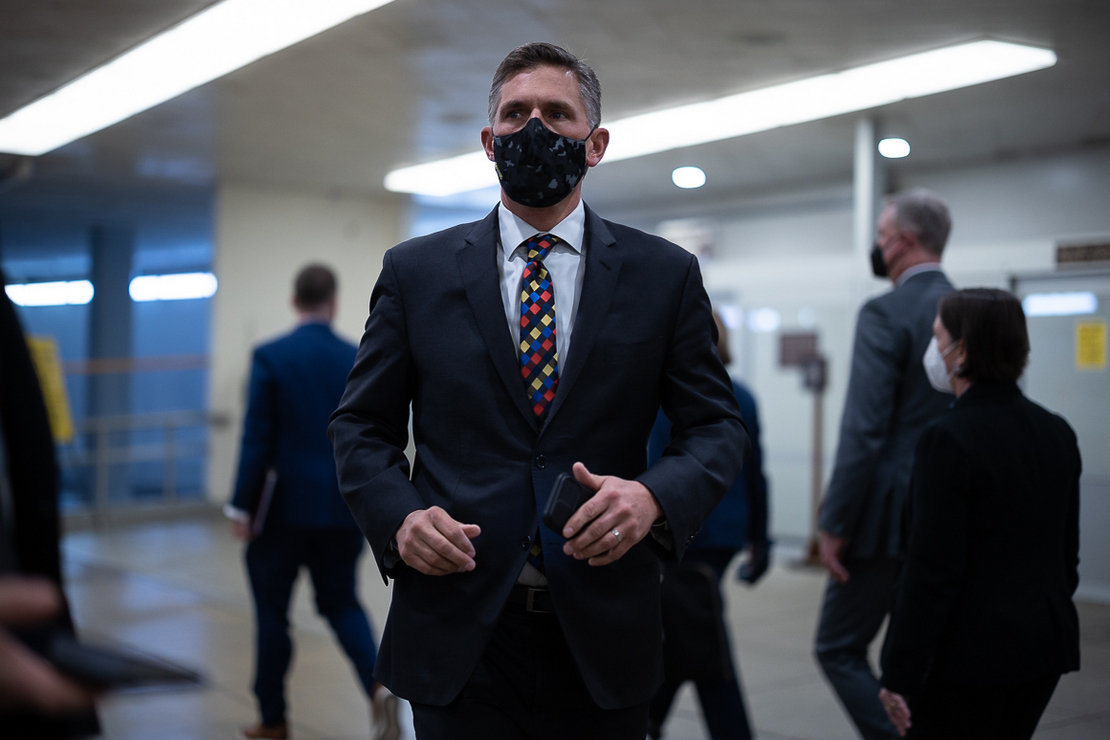 Democrats are hoping to jump-start the Senate’s consideration of the “Build Back Better Act” by focusing on climate measures in the bill they say will help consumers with pocketbook issues.

In a briefing held by Congress’ electrification caucus yesterday, Democrats argued that provisions in the bill to offset the cost for consumers to electrify their home appliances and vehicles could cushion energy price spikes.

“I want to emphasize after seeing so many spikes in fossil gas and home heating oil prices this winter that one of the best ways that we can insulate more families, more consumers from the price swings associated with fuel-based commodities is electrification,” said Sen. Martin Heinrich (D-N.M.), who chairs the electrification caucus.

Inflation woes and higher energy costs have taken certain stage in the U.S. At the same time, electrification of homes and commercial buildings has gained traction on Capitol Hill as lawmakers look for ways to reduce greenhouse gas emissions and help lower consumer utility bills.

Residential and commercial buildings make up approximately 40 percent of all energy use in the United States, which makes the sector a prime candidate for economic help to transition to technologies that can promote energy efficiency and low-carbon energy.

Democrats included as part of more than $500 billion in climate-related spending in their $1.7 trillion reconciliation package a series of voluntary rebate programs that would help low- and middle-income consumers offset the cost of purchasing electric home appliances like stoves, water heaters and heat pumps.

“Electrifying our future is not just about reducing pollution, it’s also going to help American families save money and build better lives,” said Rep. Kathy Castor (D-Fla.), chair of the Select Committee on the Climate Crisis.

Electrification is not without its potential pitfalls. It requires an electric grid that is clean enough to continue the carbon reduction benefits while providing enough energy to power appliances onto usual load demands. That is likely to require massive build-outs of renewable and other clean energy technologies.

The climate title of the reconciliation package seeks to address those concerns through a series of tax credits that would incentivize additional deployment and manufacturing of clean energy.

But the stalled reconciliation package has shown little signs of life since Sen. Joe Manchin (D-W.Va.) voiced his opposition to its current structure in December. That has not stopped lawmakers from attempting to rally Democrats to pass portions of the bill they all agree to, which would allegedly include the climate title.

“We have to pass the strongest possible climate and clean energy legislation now,” said Sen. Tina Smith (D-Minn.). “For the Senate, this means we have to figure out right now what has 50 votes to pass, and then we need to pass it.”

Other Democrats and environmentalists continue to make the economic case that the climate portions of “Build Back Better” are a must-have.

“As important as so many of the other pieces were, the climate-related, clean-energy-related pieces of that legislation are probably the most important to our country’s economic future,” Rep. Tom Malinowski (D-N.J.) said during an event yesterday with vulnerable Democrats and green groups.

As Democrats try to pressure Manchin to compromise on “Build Back Better,” it’s an argument they believe resonates with the American public.

Malinowski, however, also said he doesn’t necessarily see “Build Back Better” as the last chance on climate.

“The politics of the country are moving in the right direction, not the wrong direction, on this issue, in large part because we’re able to make this economic argument,” Malinowski said. “People get it.”