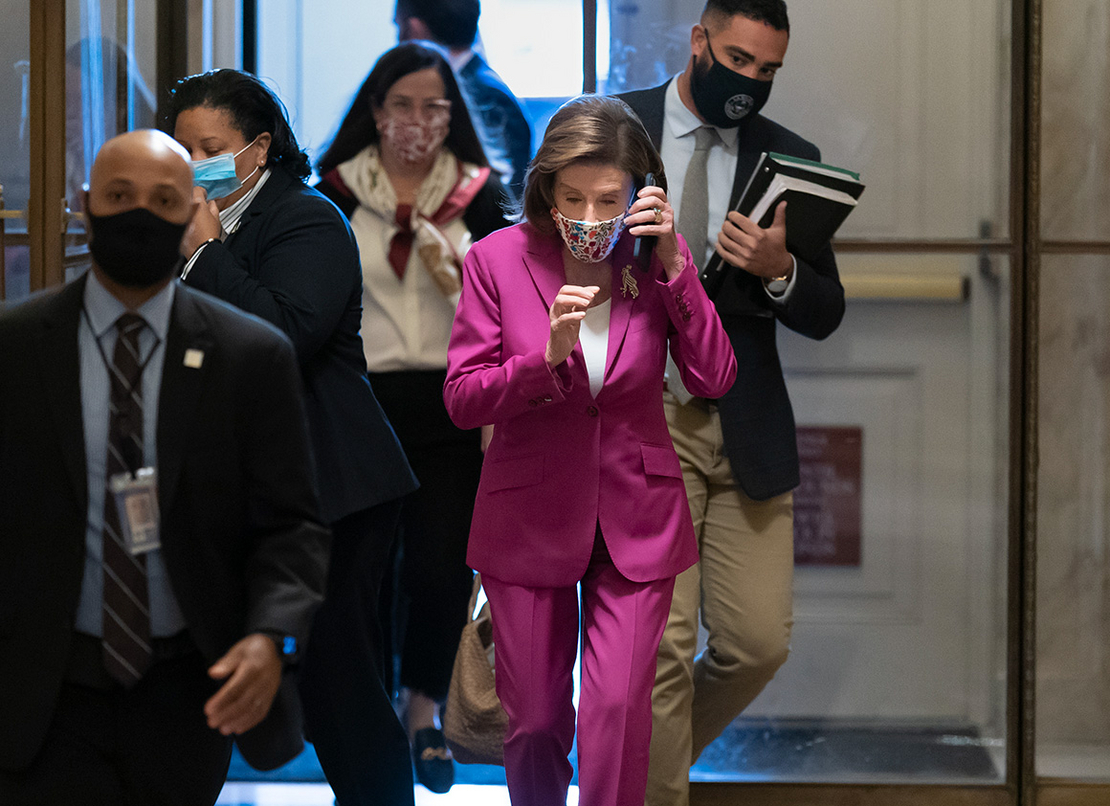 House Democrats today are hoping to pass Senate-backed infrastructure legislation after leaders scrapped a planned vote on a larger climate and social spending package amid resistance from the party’s moderates, but it’s not clear the new gambit will work.

Democratic leaders and environmental groups have for weeks said the two measures should pass in tandem. Progressives were holding out on voting for the bipartisan infrastructure bill as leverage over the larger budget reconciliation package.

The infrastructure bill is still significant, containing about $500 billion in new spending that’s focused on traditional infrastructure, modernizing the nation’s power grid and creating a national network of charging stations for electrical vehicles.

The action on the politically popular infrastructure bill would give Democrats a much-needed legislative victory after a poor showing at the polls Tuesday and weeks of frantic negotiations. It would also give Democrats something to tout while attending the Glasgow, Scotland, climate conference.

Instead of voting on the budget reconciliation plan, Democrats are poised to set debate parameters for that bill. But a handful of moderates say they won’t vote on final passage until a full Congressional Budget Office score — something that could take weeks.

"In order to make progress on the President’s vision it is important that we advance the Bipartisan Infrastructure Framework and the Build Back Better Act today," House Speaker Nancy Pelosi (D-Calif.) wrote in a letter to colleagues, explaining the outlook.

Votes this evening would cap an extraordinary day in the House, which saw Democratic leaders hold open a procedural vote for about seven hours as they to tried get enough votes for passage of both bills.

Rep. Jared Golden (D-Maine), one of several moderates who attended a lengthy meeting with Pelosi and other leaders this morning, said he could not support reconciliation without a CBO score. Rep. Ron Kind (D-Wis.), another attendee, said there was a “little work to do” to get moderates comfortable with what he called a “scoring issue.”

Democratic leaders failed to win their support by touting an analysis by the Joint Committee on Taxation and White House studies, which say the $1.7 trillion legislation would more than pay for itself.

Congressional Progressive Caucus Chair Pramila Jayapal (D-Wash.) responded that "if our six colleagues still want to wait for a CBO score, we would agree to give them that time — after which point we can vote on both bills together.”