Dems need to flip Mich. Can EVs help them do it? 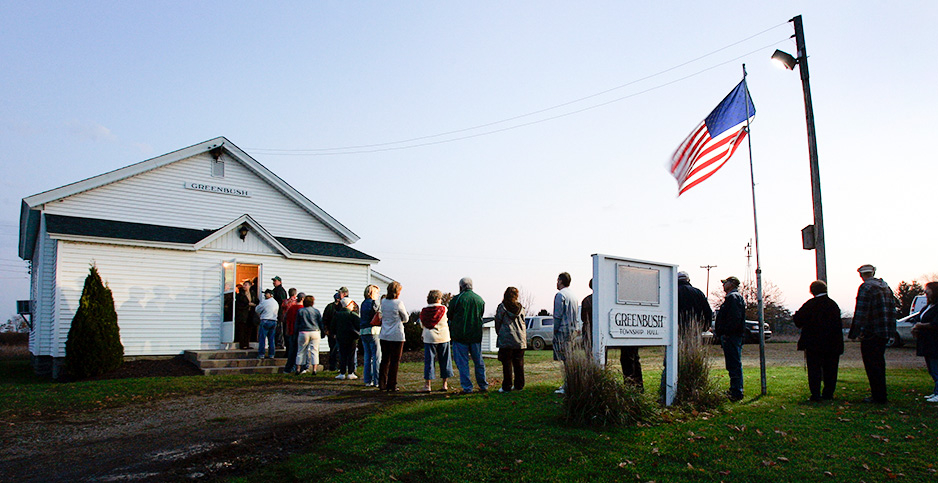 The Democratic presidential field has a few ideas when it comes to electric cars.

Former Vice President Joe Biden wants to build 500,000 new charging stations by the end of 2030. Sen. Kirsten Gillibrand (D-N.Y.) has a plan that would require new cars to be zero emissions by the end of the next decade. And Washington Gov. Jay Inslee has proposed a "Clean Cars for Clunkers" program that would give drivers an incentive to trade their gas guzzlers for electric vehicles.

All these ideas have won praise from environmentalists, but with most of the Democratic field headed to Detroit this week for another round of presidential debates, there remains the pressing question of how this shift toward EVs will be received by voters in Motor City and the rest of Michigan.

The stakes couldn’t be higher. Michigan is critical to the Democratic plan of retaking the White House from President Trump, who beat former Secretary of State Hillary Clinton there by fewer than 11,000 votes in 2016. And the Democrats know it: It’s not an accident the party picked Detroit to host two nights of debates.

"Detroit embodies the values and character of the Democratic Party," said Democratic National Committee Chairman Tom Perez at the time of the announcement. "It’s a city of grit and determination, a city that has gotten knocked down only to get back up stronger."

Barry Rabe, a professor of public policy at the University of Michigan, said it’s imperative that the Democratic candidates pitch their EV plans in ways that don’t alienate auto workers in Michigan.

"Any plan to try to aggressively transition Americans into electric vehicles, to work politically in Michigan, is going to have to have some clear message about what this is going to mean for jobs in Michigan," Rabe said.

The United Automobile Workers, a labor union with about 400,000 active members, has raised concerns about how the rise of electrification could affect jobs.

In a white paper released last fall, the union said the shift to electrification would require retraining workers to assemble cars with lithium-ion batteries, rather than internal combustion engines.

"This shift is an opportunity to re-invest in U.S. manufacturing," the group said. "This opportunity would be lost if EV components are imported or made by low-road suppliers who underpay workers. What is needed to preserve American jobs and work standards is a proactive industrial policy that creates high-quality manufacturing jobs making EVs and their components."

In the last two decades, the percentage of Michigan workers in the automotive industry has declined dramatically, even as the industry itself has rebounded from several tough years.

James Hohman, of the free-market Mackinac Center for Public Policy in Midland, Mich., estimated that 1 in 25 Michigan jobs is now in auto manufacturing — down from 1 out of 15 jobs in 2000.

Still, Hohman said the car industry remains central to the state’s identity — a dynamic that continues to influence the state’s politics.

As an example of that political potency, Hohman pointed to the 2012 presidential race, in which incumbent President Obama faced off against Mitt Romney, a Michigan native and son of former Republican Gov. George Romney.

Obama was able to undercut Romney’s support in the state, Hohman said, by bringing up an op-ed Romney wrote for The New York Times in 2008 with the headline "Let Detroit go bankrupt." Romney’s point in the piece was more nuanced, but it didn’t matter — the damage was done.

"It was one way of saying maybe this guy is not on our side," Hohman said. Obama ended up beating Romney in Michigan by 9.5 percentage points.

The Detroit debates come as the Trump administration prepares to roll back Obama-era clean car standards.

Most of the leading candidates have been deeply critical of the rollback. Many of them — including Gillibrand and Sens. Elizabeth Warren of Massachusetts and Amy Klobuchar of Minnesota — have co-sponsored legislation that would block the Trump administration from advancing the proposal.

But Biden has an edge over the rest, according to Rabe of the University of Michigan.

Indeed, Biden was vice president when the Obama administration reached a major 2010 deal with automakers to improve fuel economy through 2026. He also made several trips to Detroit during the auto industry bailout of 2008.

"I think Biden instantly comes into Michigan with credibility," Rabe said. "He was the leading face of the [2010 deal] and was a really big figure here at the very worst stages of the recovery. Think back to 2009 or 2010, when Joe Biden was constantly showing up in southeast Michigan bearing checks."

In its own analysis underpinning the car rules rollback, the Trump administration acknowledged that the proposal would lead to the loss of 60,000 automotive jobs (Climatewire, Aug. 7, 2018).

Zoe Lipman, director of the Vehicles and Advanced Transportation Program at the BlueGreen Alliance, a coalition of labor and environmental groups, said the candidates would be smart to play up these job losses.

According to Lipman, candidates should tell Michigan voters: "Now, just as countries worldwide are rushing to lead in the next generation of vehicle technology, we are stepping back. And this puts precisely the jobs gains and manufacturing gains we’ve made at risk."

One political scientist from Michigan State University said the 2020 Democratic field must tread carefully when it comes to climate change and Michigan’s automotive industry.

The challenge for the candidates is that they must speak to climate change — an issue that is growing in importance to Democratic voters — while not turning off working-class Michigan voters who still are connected to the car industry, said Matt Grossmann, director of the school’s Institute for Public Policy and Social Research.

A Public Policy Polling survey released Thursday by the League of Conservation Voters found a clear divide between Trump and Clinton voters in Michigan on the issue of climate — though it was a concern for voters in both camps.

Nearly every Clinton voter — to the tune of 96% — found climate change to be an important issue. Among Trump voters in Michigan, the figure was 57%, according to the poll.

"Michigan is somewhat representative of national trends in that climate change is becoming a more important issue but near exclusively among Democratic or Democratic-leaning voters," Grossman said.