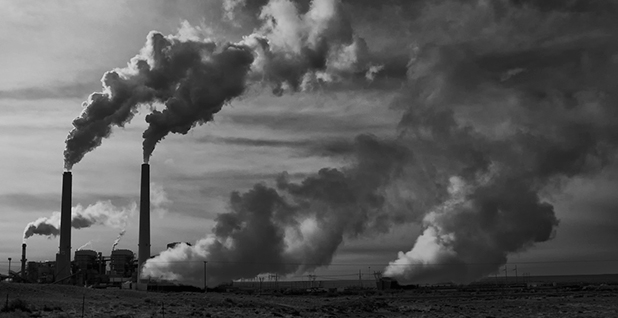 The Cholla power plant in Arizona in 2010. snowpeak/Wikipedia

During the past two years, the House Energy and Commerce Committee was a font of Clean Air Act foot-dragging.

Those days are over.

With the panel now under Democratic control, it’s instead likely to become a barrier to any attempt to ease application of existing air quality regulations.

"We’ll be dogged in our determination to make certain that the laws that have been advanced over the decades are applied and forcefully implemented," Rep. Paul Tonko (D-N.Y.) said in an interview late last month.

Tonko, who spent the past two years as the ranking member on the E&C Subcommittee on Environment, is vying to head the panel in the 116th Congress that takes office today.

Environmental groups are "not going to be on defense the way that we were during the last Congress," said Elizabeth Gore, senior vice president for political affairs at the Environmental Defense Fund.

Alongside opportunities to boost funding for programs at EPA and other agencies, Gore said, "hopefully we’ll be able to advance some efforts to push back on the steps that the administration has taken to undermine some of our bedrock environmental laws."

That could mean more oversight of attempts by EPA to roll back or undercut regulations such as the Obama-era limits on power plants’ emissions of mercury and other hazardous air pollutants.

But major industry organizations such as the American Chemistry Council and National Association of Manufacturers say they still plan to pursue objectives including an overhaul of New Source Review permitting requirements.

And opportunities to advance legislation favored by environmental groups will run into the reality that the Senate remains in Republican hands.

Any bid to curb greenhouse gas releases, for example, will have to get past Wyoming Sen. John Barrasso, who represents the nation’s top coal-producing state and will continue to lead the Senate Environment and Public Works Committee.

Asked about Barrasso’s priorities on the air quality front in the next two years, spokesman Mike Danylak said he will reintroduce the "Utilizing Significant Emissions With Innovative Technologies Act." The legislation aims to boost technologies that remove carbon dioxide both from fossil fuel emissions and from the atmosphere.

The bill, while opposed by some environmental organizations, sailed through the EPW Committee last spring with bipartisan backing and "is supported by a very broad group of stakeholders including environmental groups and energy providers," Danylak said in an email.

The 115th Congress was notable for House Republicans’ success in pushing narrowly tailored legislation that would have bent deadlines on several Obama-era regulations aimed at brick makers and other select industries.

But the most potentially far-reaching was H.R. 806, the "Ozone Standards Implementation Act" introduced by Rep. Pete Olson (R-Texas). Not only would the bill have pushed back enforcement of the 2015 standard well into the next decade, it would have made lasting changes to the Clean Air Act’s machinery for setting ambient air quality limits for a variety of pollutants.

Olson’s measure passed both the E&C Committee and the full House on largely party-line votes, only to die in the Senate. The other bills to benefit specific industries also failed to win final congressional passage.

Olson, with an eye to reintroducing his legislation, is in discussions with stakeholders on what it will look like, according to a spokeswoman. But the previous version of the bill was steadfastly opposed both by Tonko and Rep. Frank Pallone (D-N.J.), who is now chairman of the Energy and Commerce Committee.

Asked whether the legislation has any chance of clearing the committee, Ross Eisenberg, vice president of energy and resources policy at NAM, which strongly backed the earlier measure, was noncommittal.

"I think it’s too early to tell," he said. "We really need to get a better sense of where the leadership of the committee plans to take things."

Attempts to get comment from Pallone’s office on his agenda for air pollution issues were unsuccessful. But with little indication that the Trump administration is planning major legislation, "that keeps the ball in the agency’s court," Eisenberg said.

Among the projects EPA is now pursuing are recently launched reviews of the standards for ozone and particulate matter. While those assessments are required under the Clean Air Act, they are playing out under new ground rules imposed last year by then-EPA Administrator Scott Pruitt.

Both promise to be contentious. Some scientists have already questioned the ability of an agency advisory committee to do its job (E&E News PM, Dec. 12, 2018). At the same time, EPA is moving to grant regulatory breaks to the same industries that were unable to gain them from Congress.

The agency has already offered brick manufacturers a one-year extension on the air toxics regulations and is collecting public feedback on the option of delaying next year’s deadline for the wood stove industry to meet tighter emission limits (Greenwire, Dec. 14, 2018).

As part of its bid to revoke the justification for the 2012 regulations on power plant mercury emissions, the agency is also exploring the option of relaxing requirements for the small niche of electricity producers that burn waste coal for fuel (Greenwire, Jan. 2).

Yet to be seen is whether House Democrats, struggling to set oversight priorities, will take an interest in such gambits. But although the administration’s relook at the mercury rule is troubling, "the story’s not completely written yet," Gore said.

"That is such an overreach by the EPA and the administration that, even with a Republican Senate, we may see some pushback," she said.