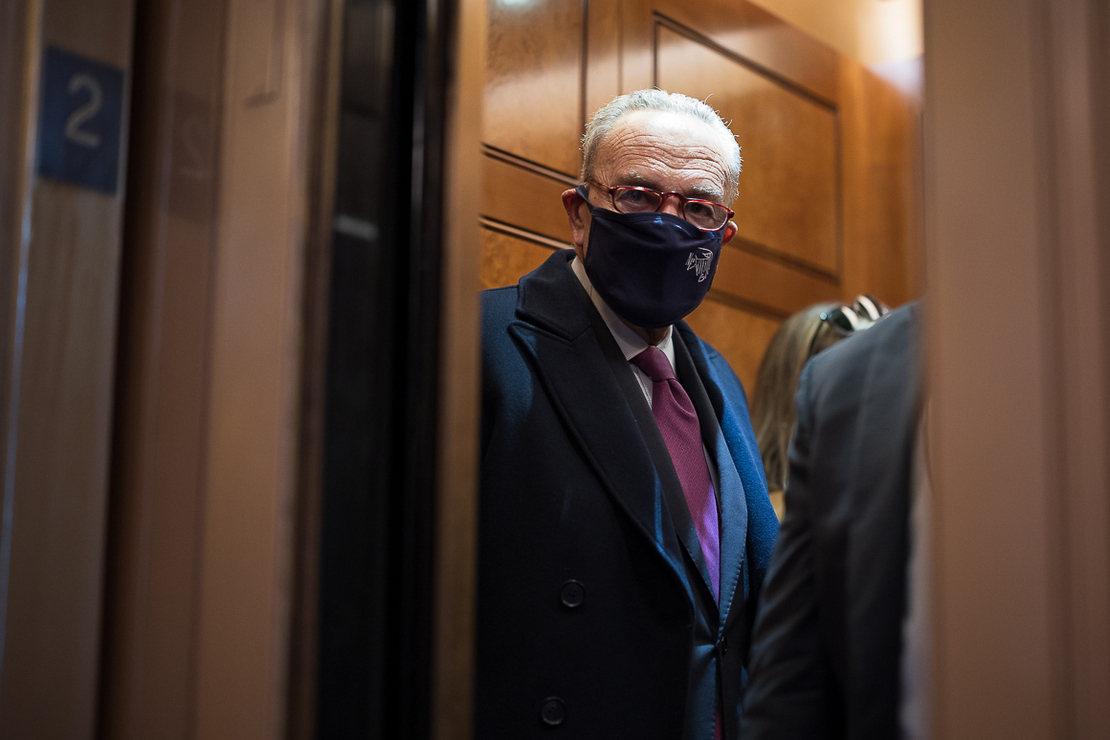 The news today that Breyer, 83, will soon announce his retirement prompted praise of his nearly three decades on the high court, along with planning for the rare process of a Supreme Court justice’s nomination and consideration in the Senate.

“For virtually his entire adult life, including a quarter century on the U.S. Supreme Court, Stephen Breyer has served his country with the highest possible distinction,” Senate Majority Leader Chuck Schumer (D-N.Y.) said in a statement, adding that Breyer’s opinions on “the biggest issues of our time — including voting rights, the environment, women’s reproductive freedom, and most recently, health care and the Affordable Care Act — were hugely consequential. America owes Justice Breyer an enormous debt of gratitude.”

Schumer said Biden’s nominee “will receive a prompt hearing in the Senate Judiciary Committee, and will be considered and confirmed by the full United States Senate with all deliberate speed.”

Sen. Dick Durbin (D-Ill.), who will oversee the confirmation process in his role as chair of the Judiciary Committee, said Breyer “has been a trusted voice on the bench with a first-rate legal mind.”

Biden “has the opportunity to nominate someone who will bring diversity, experience, and an evenhanded approach to the administration of justice,” Durbin said in his statement, adding that he looks forward “to moving the President’s nominee expeditiously through the Committee.”

“Throughout his distinguished career on the Court, Justice Breyer applied his remarkable intellect to safeguard justice and equality under law,” Whitehouse said in a statement. “He will be remembered for guiding the Court in upholding protections for our environment, workers’ rights, voting rights, abortion, and much more, and for speaking out forcefully against some of the more shameful decisions of the Roberts era, like those unleashing dark money in our politics and hollowing out the indispensable Voting Rights Act.”

Sen. Patty Murray (D-Wash.), meanwhile, sought to remind Biden about his promise during the 2020 campaign to nominate a Black woman to the court.

“The court should reflect the diversity of our country, and it is unacceptable that we have never in our nation’s history had a Black woman sit on the Supreme Court of the United States — I want to change that,” she said.

On the other side of the aisle, Sen. Lindsey Graham (R-S.C.), a senior Judiciary Committee member, had kind words for Breyer.

“Justice Breyer has always shown great respect for the institution and his colleagues, and I wish him well in the next phase of his life,” he said in a statement.

Graham also pointed out that the GOP likely won’t be able to stand in the way of Biden’s eventual nominee.

“If all Democrats hang together — which I expect they will — they have the power to replace Justice Breyer in 2022 without one Republican vote in support,” he said. “Elections have consequences, and that is most evident when it comes to fulfilling vacancies on the Supreme Court.”

Asked by reporters about Breyer’s successor at an event today with corporate executives, Biden said he would have “more to say later” but wanted to wait for an actual announcement.

“There has been no announcement from Justice Breyer — let him make whatever statement he wants to make, and I’m happy to talk about it later,” he said.

White House press secretary Jen Psaki repeated that sentiment at an afternoon news briefing, despite repeated questions from reporters, including whether Vice President Kamala Harris is in the running.

“It’s always been the decision of any Supreme Court justice, if and when they decide to retire, how they want to announce it. And that remains the case today,” Psaki told reporters. “So we’re not going to have additional details.”

Psaki said Biden “stands by” his previous commitment, which he has made repeatedly, to nominate a Black woman.

Ketanji Brown Jackson, 51, who was confirmed last fall with some bipartisan support to replace Attorney General Merrick Garland on the U.S. Court of Appeals for the District of Columbia Circuit, is widely seen as the leading candidate.

A former clerk for Breyer, Jackson has been a federal judge since 2013 and was reportedly considered by former President Obama as a possible replacement for the late Justice Antonin Scalia after his 2016 death.

Jackson has ruled on a range of energy and conservation issues. In 2014 she decided against the Sierra Club in Sierra Club v. U.S. Army Corps of Engineers, in which the group sought to force a more expansive federal review of the proposed Flanagan South pipeline.

Jackson, who also served as a federal district justice and on the U.S. Sentencing Commission, is the sister-in-law of former House Speaker Paul Ryan (R-Wis.).