Dems regroup with $555B climate spending hanging in balance 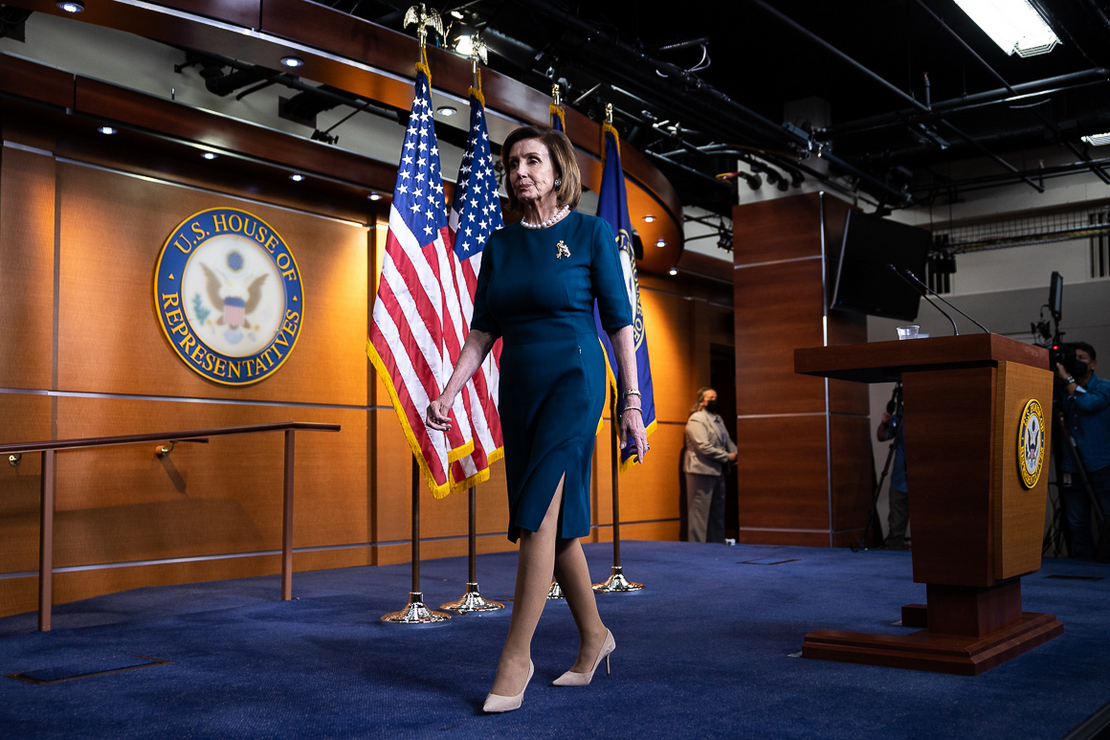 Democrats will try to regroup this week after face-planting last week in their attempt to land $2.75 trillion in domestic spending across infrastructure, social spending and climate policy.

Last week’s failure to pass a pair of spending measures was a major setback for the party’s leadership, but weekend negotiations and the release of legislative language may have appeased lingering progressive holdouts.

So much so that House leadership may try to vote on both early this week, a timeline that would align with President Biden’s appearance at the COP 26 summit in Glasgow, Scotland.

To get there, however, lawmakers will need to nail down multiple aspects of the $1.75 trillion budget reconciliation package. Much of those discussions appear to be centered on health care and parental leave policy, with significant progress being made on drug pricing, according to Sen. Bernie Sanders (I-Vt.).

House Democrats released draft text of the trimmed-down reconciliation package late last week, but in the end that didn’t seem to matter. Progressives balked at passing the bipartisan Senate bill, despite a Capitol Hill visit from Biden exhorting them to do so.

Progressives continue to insist that the bipartisan infrastructure bill needs to be paired with the partisan reconciliation package, despite assurances from Democratic leadership that reconciliation would eventually get a vote (E&E Daily, Oct. 29).

On Thursday, Congress instead passed a stopgap surface transportation measure. Biden signed it into law yesterday.

At issue with Democrats is a monthslong staredown between House progressives and Senate moderates.

Both Democratic Sens. Joe Manchin of West Virginia and Kyrsten Sinema of Arizona have nixed various spending amounts in the reconciliation package and multiple provisions within it.

Late last week, Manchin declined repeatedly to endorse a framework Democrats had released for reconciliation. He eventually tweeted that the framework was "the product of months of negotiations and input from all members of the Democratic Party who share a common goal to deliver for the American people."

Asked by reporters this weekend whether Manchin and Sinema has committed to support the revamped budget reconciliation effort, the president in Rome simply gave a thumbs up.

Included in that reconciliation plan is $555 billion in climate-related spending, a total nearly five times as much as Congress has ever enacted into law to address the warming climate and threats of sea-level rise.

The provisions include lengthy extensions for a number of renewable tax credits as well as an expansion of credits to clean energy technologies like energy storage and nuclear energy.

It also contains a methane fee, supplemented by a $775 million methane improvement infrastructure rebate program, that would look to penalize and offset costs for oil and gas operators to better address methane leakage from their operations (E&E Daily, Oct. 29).

Climate-focused lawmakers are looking to secure those victories — and build upon them.

“Well, we are working to add things in,” Rep. Ro Khanna (D-Calif.) said on CBS’s "Face the Nation." “I mean, the negotiation is taking place. I’m going to be a yes. I think we can have the vote by Tuesday.”

That includes “working on getting the climate provisions secured,” Khanna added.

“It was a setback, but then the parts that were added, I think, are very strong, because there was another $150 billion added to have electric vehicles, solar wind, in collaboration with the private sector, funding new energy sources,” Khanna said on the post-CEPP plan.

Central to those post-CEPP plans include a suite of tax credits for clean energy technologies, as well as an infusion of billions in Department of Energy loan guarantees, transmission and electric vehicle infrastructure grants and a $29 billion clean energy accelerator that would act as a domestic climate bank.

Energy Secretary Jennifer Granholm, who was part of a Biden Cabinet media blitz highlighting the contents of the package yesterday, heralded those clean energy spending provisions and their ability to finance a new green energy workforce.

“What’s amazing is that we will have, between the bipartisan infrastructure bill and this framework … $3 trillion investment in our nation that we have not had before,” Granholm said in an appearance on NBC’s "Meet the Press."

Granholm will be among a number of Cabinet officials and lawmakers heading to Scotland to highlight the nation’s commitment to acting on climate (E&E Daily, Oct. 22) . She sought to put a positive spin on last week’s delayed votes following the framework and bill text release.

“They just had to see it, they had to look at the language, which was released on [Thursday],” Granholm said of progressives. “[Biden] can go to COP, to Glasgow, and say that he has 100 percent unanimity in the Democratic caucus in the House. And that is really bringing people together over this agenda.”

Neither Granholm nor Transportation Secretary Pete Buttigieg would commit as to when a vote would occur this week.

“We’re the closest we’ve ever been,” Buttigieg said on "Fox News Sunday." “I don’t speak for members of the House or the Senate, but I can tell you, this administration is ready to go.”