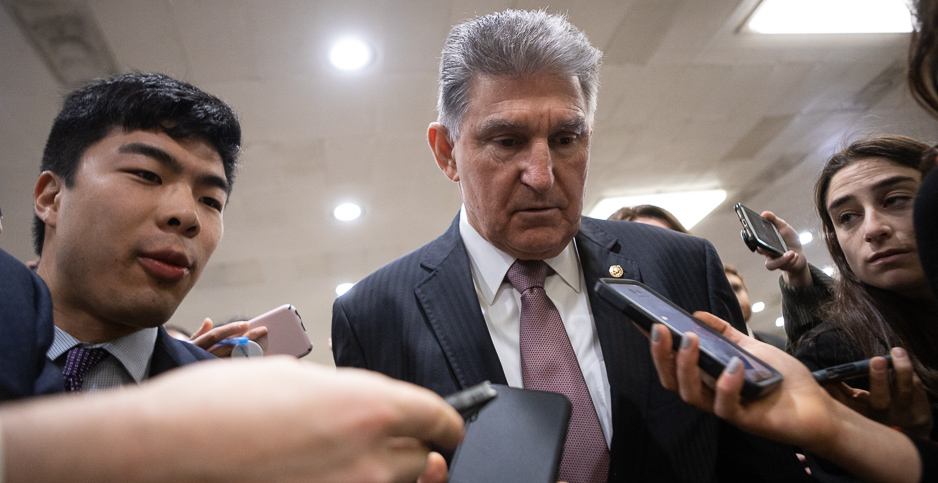 Senate Republicans are growing increasingly confident they can prevent Democrats from summoning more witnesses and can acquit President Trump of impeachment charges by the weekend, with even Minority Leader Chuck Schumer (D-N.Y.) acknowledging the "uphill fight" he faces.

Senate Republican Conference Chairman John Barrasso (R-Wyo.) conceded yesterday that leaders had yet to lock down the votes to prevent witness testimony but predicted that undecided GOP senators were likely to side with the conference after the conclusion of two days of questions and answers later today. Votes on Democratic motions to subpoena witnesses are expected tomorrow.

"The momentum is clearly in the direction of moving to final judgment," Barrasso told reporters during an afternoon break in the trial. "We still have a couple members who say they want to listen to the answers to questions, but that’s where the momentum is."

The growing GOP optimism for a quick end to the trial came as one Republican facing a tough reelection fight — Colorado Sen. Cory Gardner — ended weeks of speculation by announcing he would oppose calling witnesses.

However, Schumer also faces dissent in his own caucus, with new scrutiny on Democratic Sens. Joe Manchin of West Virginia, and fellow moderates Kyrsten Sinema of Arizona and Doug Jones of Alabama. Jones is the only one on the ballot this fall.

Manchin raised eyebrows yesterday when he said Hunter Biden was a relevant witness, a point Democrats have hotly disputed even as GOP senators and Trump’s attorneys have continued to highlight former Vice President Joe Biden’s son’s role on the board of Burisma Holdings, a Ukrainian natural gas company.

"I don’t have a problem there, because this is why we are where we are," Manchin said on MSNBC. "Now, I think that he can clear himself of what I know and what I’ve heard. But being afraid to put anybody that might have pertinent information is wrong, no matter if you’re a Democrat or a Republican."

Pressure on a handful of GOP senators seen as possible defectors on witnesses stepped up yesterday, with the liberal advocacy group MoveOn unveiling pressure ads in Alaska, Utah, North Carolina and Tennessee.

Sen. Mitt Romney (R-Utah), who has been among the most outspoken Republicans in calling for witnesses, said former national security adviser John Bolton remains atop his list and outlined several questions he would ask.

"I’d like to know, at the time the president decided not to immediately provide military aid to Ukraine, what was the reason he explained at that point?" Romney said.

"Was there any effort on the part of the president to communicate to Ukraine that aid was being held up, and for what reason, or was that something they just learned from the media?" he said.

Romney declined to comment on conversations he was having with other GOP senators, beyond noting that they know he believes it’s "important to hear from Bolton."

One target of the ads, Sen. Lisa Murkowski (R-Alaska), declined to answer reporters’ questions about witnesses throughout yesterday. She has previously said she would decide how to vote on witnesses after the question-and-answer period.

Murkowski told E&E News yesterday that she had prepared questions for both the House impeachment managers and Trump’s defense team on both procedural and legal matters, including the standard to be applied in terms of the burden of proof.

She planned to ask House managers why they withdrew their request to speak to Bolton, as well as why they retreated from a subpoena fight for the witnesses and testimony sought in the impeachment inquiry. During the afternoon session, Murkowski queried Trump’s team about the legality of subpoenas issued prior to the House vote to formally authorize an impeachment inquiry.

One notable question came from Murkowski and Maine Republican Sen. Susan Collins, who said that witness testimony in the House indicated Trump "consistently expressed the view that Ukraine was a corrupt country before Vice President Biden formally entered the 2020 presidential race in April 2019."

"Did President Trump ever mention Joe or Hunter Biden in connection with corruption in Ukraine to former Ukrainian President Poroshenko or other Ukrainian officials, President Trump’s Cabinet members, or top aides or others?" they asked his defense team.

Patrick Philbin, deputy counsel to the president, said he was limited to responding to what was in the House impeachment inquiry record but noted two conversations between Trump and Ukraine’s former president, Petro Poroshenko, about corruption in Ukraine in 2017.

Philbin then highlighted the elder Biden’s connection to firing a Ukrainian prosecutor under Poroshenko, one of several attempts by Trump’s defense attorneys to raise questions about the Bidens and Burisma throughout the day.