Dems sour on Perry: ‘A good heart can be polluted’ 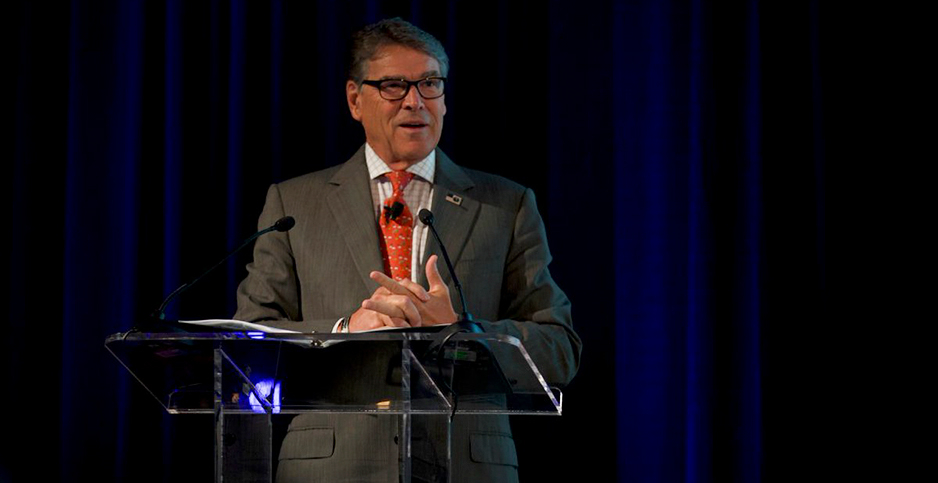 Some of the House Energy and Commerce Committee’s senior Democrats, who have enjoyed a good working relationship with Perry, were alarmed by his possible role as an emissary in Trump’s alleged bid to hold up Ukrainian aid unless the Eastern European nation launched an investigation into the son of former Vice President Joe Biden, a political rival.

"I once believed Secretary Perry was one of the more upstanding members of the Cabinet. Now we are learning that he was directly involved in the criminal wrongdoing of this administration with respect to Ukraine," said Rep. Paul Tonko (D-N.Y.), chairman of the Energy and Commerce Subcommittee on Environment and Climate Change.

Tonko added that if Perry broke the law, he needs to "come forward and accept the consequences."

Rep. Bobby Rush (D-Ill.), chairman of the Energy and Commerce Subcommittee on Energy, said he does not buy Perry’s claims that he was only working with Ukraine on energy issues.

"It was all part of a grand scheme to do the president’s bidding. The meetings were about getting Ukraine to violate American law," said Rush.

Rush, who has worked well with the Energy secretary, added, "Perry came in contact with evil, and evil corrupted his spirit. A good heart can be polluted."

Rush said the Energy and Commerce Committee may want to look at Perry’s Ukraine dealings in the future. But for now, he said, the impeachment inquiry should be left to the committees currently leading it, and E&C should not "muddy the approach" by holding its own hearings.

Republicans countered with praise for Perry, who was seen as a relentless promoter of U.S. energy interests around the globe.

Rep. Greg Walden (R-Ore.), the Energy and Commerce Committee ranking member, said in a statement that "anyone who has the pleasure of meeting or working with Secretary Perry knows the enthusiasm and energy he brings to DOE."

He gave Perry high marks for efforts on cleaning up nuclear waste, encouraging innovation at DOE labs and his trademark promotion of America energy dominance.

Walden did not mention the swirling scandal in his statement last night, but earlier in the week he said he was confident that Perry was only promoting U.S. energy interests in his dealings with Ukraine.

"I’m confident that American energy is thriving today because of the work of Secretary Perry and the Trump Administration’s policies he championed," said Sen. John Cornyn (R-Texas) in a statement last night.

Oil and natural gas production has seen a decadelong boom across the country, primarily in the Permian Basin in Texas. Perry spent much of his tenure promoting those resources abroad as key diplomatic tools to wean European allies off Russian energy influence.

Part of that has been the department’s approach to liquefied natural gas exports that, with the help of the Federal Energy Regulatory Commission, has seen seven export terminals in the Gulf of Mexico and Texas approved in the past year.

"Under his leadership, US oil and gas production has soared — with much of that new production coming from Texas — and the US has become a net exporter of natural gas, creating good-paying jobs, providing cleaner and more affordable energy, and boosting America’s energy independence," Sen. Ted Cruz (R-Texas) said on Twitter.

Those natural gas ties, though, have helped ensnare the former Texas governor in the broader Ukraine impeachment controversy, especially as it relates to reported ties and requests for certain natural gas executives to serve on Ukrainian energy boards.

Perry, whose departure had been rumored for months, formally told Trump he was planning to leave as he flew with the president to Texas for a political rally aboard Air Force One.

It came the same day the former Texas governor, in an interview with The Wall Street Journal, revealed that he had worked closely on Ukrainian issues with the president’s personal lawyer, Rudy Giuliani, a central figure in the impeachment probe.

Perry has denied any wrongdoing and said he made the decision to leave months ago, a claim backed by the White House.

The departure news also comes as he faces a deadline of today to comply with a congressional subpoena for communications and documents related to the investigation. He has yet to say whether he will comply with the subpoena.

Perry in a tweet called being Energy secretary the "honor of a lifetime," noting that he departs as the United States leads the world in energy production.