Dems turn up the heat on Republicans over Texas blackouts 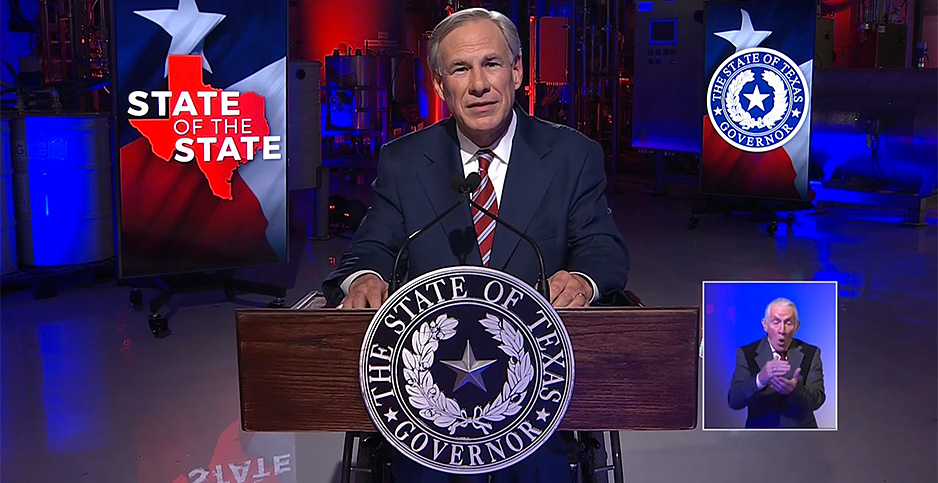 As Texas and other heartland states thaw out from a historic freeze that caused massive power outages, Democrats on Capitol Hill are adding their own political heat on Texas officials.

Through a host of promised oversight hearings and probing letters, Democrats have increasingly targeted Texas Republican Gov. Greg Abbott as a scapegoat for the grid’s failure.

The Democratic attacks are, at least in part, in response to an anti-renewable energy campaign Abbott launched last week in the wake of the power failures in his state through appearances on Fox News.

House Republicans have spread similar rhetoric, prompting a divide between the two parties over the response to the blackouts. Conservatives have been keen on talking about frozen wind turbines despite the temperatures affecting nonrenewable energy sources more.

"This is a crisis, not fodder for an anti-renewable energy campaign," House Energy and Commerce Chairman Frank Pallone (D-N.J.) said last week.

Pallone — along with Texas Democrats Marc Veasey and Lizzie Fletcher, as well as Energy Subcommittee Chairman Bobby Rush (D-Ill.) and Oversight Subcommittee Chairwoman Diana DeGette (D-Colo.) — sent a letter late Friday to Abbott demanding answers about the crisis and the state’s lack of preparedness for extreme cold weather and its effects on power production.

"The response to this ongoing crisis raises significant questions regarding Texas’ grid design, preparation, and whether the state is taking appropriate action to aid citizens in this crisis," the lawmakers wrote.

"With scientists predicting that extreme weather events could become more frequent in the future due to climate change, it is critical that Texas and other states apply lessons from earlier emergency events in order to increase the strength and resiliency of the grid and prevent future blackouts."

Among the areas of focus, according to the lawmakers’ questions, is why the state did not follow through on warnings issued by the Federal Energy Regulatory Commission in 2011 about Texas’ cold weather vulnerabilities.

The E&C letter follows a similar demand for information from 10 Texas Democrats to the Electric Reliability Council of Texas and a call for a House Oversight and Reform Committee hearing from Rep. Ro Khanna (D-Calif.), chairman of the Subcommittee on Environment.

House Republicans, in turn, are grumbling about the framing and phrasing of the Democratic approach to the crisis. That includes complaints about a lack of bipartisan cooperation and coordination on oversight requests. Texas Republicans sent their own letter to ERCOT last week, without any Democratic signatures (E&E Daily, Feb. 18).

"This is not a partisan issue. When the temperature drops below zero, nobody cares where the electricity comes from — they just need the heat to come on," Rep. Michael Burgess (R-Texas) said last week at a hearing on the power sector decarbonization effort.

In San Antonio yesterday, Abbott said 30,000 customers remained without power. Power producers were back to operating to full capacity, he said, with lingering blackouts caused more on a local level due to things like felled transmission lines.

Abbott said during a press conference that the 2011 FERC report would be the basis of Texas’ response. He said state leaders are working to address cold weather vulnerabilities.

"We will not end this session until the state of Texas and all of its power generation is fully weatherized so we never have to go through this again," Abbott said.

"We need the federal investigation by FERC & NERC to look into how Gov. Abbott’s policies in Texas have failed & exacerbated the winter storm crisis," Schumer said in a tweet. "Ignoring warnings, lying about the climate crisis, refusing to act on it are exactly what’s exacerbating extreme weather."

Senate Energy and Natural Resources Chairman Joe Manchin (D-W.Va.) said last week he intends to hold a hearing on the blackouts in Texas and elsewhere.

Meanwhile, Sen. Tina Smith (D-Minn.) is calling for a federal investigation into alleged natural gas price gouging across the Midwest last week amid its own cold snap.

In a letter Saturday, Smith urged officials at the Department of Energy, FERC and the Commodity Futures Trading Commission to investigate why natural gas prices jumped as much as 100 times above normal.

Smith said the price spikes will not just harm consumers but could "threaten the financial stability of some utilities that do not have sufficient cash reserves to cover their short-term costs in this extraordinary event."