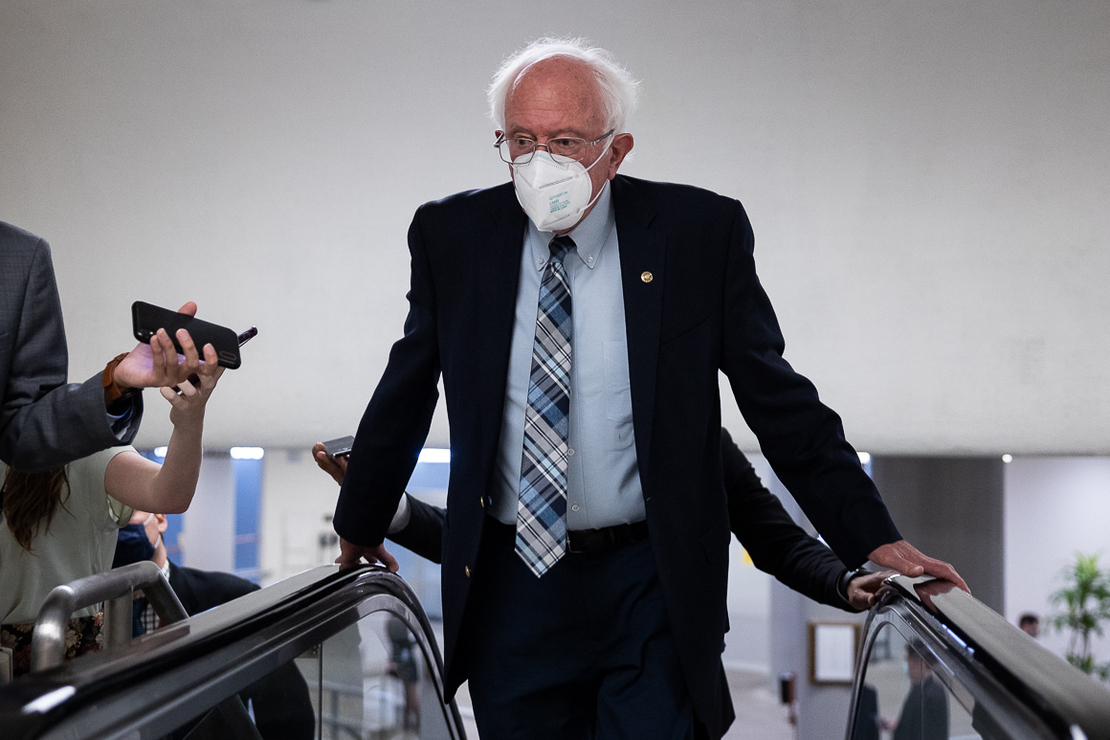 The resolution contains instructions for Senate and House committees to draw up policies in their jurisdiction, which will be cobbled together in the coming weeks into a filibuster-proof reconciliation bill.

The Energy and Natural Resources Committee, led by Sen. Joe Manchin (D-W.Va.), would get a relatively large $198 billion chunk to take the lead on the bill’s big ticket climate programs.

ENR would be tasked with writing what Democrats are calling a “Clean Electricity Payment Program,” a clean electricity standard designed to fit the strict rules that govern reconciliation.

Taken together, the policies Democrats are eyeing for the $3.5 trillion package would be the most significant climate legislation ever passed by Congress. Democrats are hoping it puts the United States on track to hit 80% clean energy in the power sector and halve domestic greenhouse gas emissions by 2030.

Those emissions targets only became more important with the release this morning of the Intergovernmental Panel on Climate Change’s most recent report, which found the world is running out of time to hold warming to 1.5 degrees Celsius (Climatewire, Aug. 9).

“We will take on the existential threat of climate change by transforming our energy systems toward renewable energy and energy efficiency,” Senate Budget Chair Bernie Sanders (I-Vt.) said in a statement. “Through a Civilian Climate Corps we will give hundreds of thousands of young people good paying jobs and educational benefits as they help us combat climate change.”

The resolution kicks off a complicated political juggling act that will dominate Capitol Hill for the foreseeable future. Notably, it does not address raising the federal debt ceiling, an issue that will be the subject of a massive partisan brawl over the next few months.

And it puts Manchin — a fossil fuel state moderate who has warned against “elimination” of oil, gas and coal — in charge of some of Democrats’ marquee climate policies (E&E Daily, July 20).

The reconciliation package that emerges will also contain a hodgepodge of other Democratic policy priorities, which the party is hoping to move in tandem with the bipartisan infrastructure bill, to the chagrin of some Republicans (E&E Daily, Aug. 9).

Senators will begin voting on the resolution as soon as today after it clears the infrastructure legislation, and committees are instructed to submit their policies to Sanders’ panel by Sept. 15.

Senate Majority Leader Chuck Schumer (D-N.Y.) said in a letter to the Democratic caucus today that “every Senator will have opportunities to shape and influence the final reconciliation bill after adoption of the Budget Resolution.”

The resolution specifies only topline spending numbers for each committee, but an accompanying memo from Schumer lays out the Budget Committee’s recommendations with more specificity.

The $3.5 trillion in spending would be fully offset with “a combination of new tax revenues, health care savings, and long-term economic growth,” according to the memo.

The Finance Committee will play an outsize role in the reconciliation package, which Chairman Ron Wyden (D-Ore.) has said will include a sweeping clean energy tax overhaul, S. 1298, the panel advanced earlier this year (E&E Daily, May 27).

That plan would extend, expand and consolidate a host of energy tax credits into three categories intended to incentivize the production of clean electricity, clean transportation fuels and energy efficiency. It would also cancel a host of fossil fuel tax breaks. Finance will also contribute a border adjustment tariff to levy charges against imported products from nations that lack carbon controls.

"The climate catastrophes of the past year have underscored the urgent need to move toward a clean energy future. This is Congress’ last chance to take bold action to avert the worst climate outcomes," Wyden said in a statement. "The Clean Energy for America Act, which would overhaul the energy tax code, and has been approved by the Finance Committee, will be the linchpin of our efforts."

The reconciliation instructions for the powerful committee will allow for $1.8 trillion in investments for “working families, the elderly and the environment,” according to Schumer’s memo.

Finance’s contribution to the reconciliation package will also include a “historic” tax cut for individuals making less than $400,000 annually, new taxes on wealthy individuals and corporations to ensure they pay their “fair share,” and provisions to lower the price of prescription drugs.

To provide needed “flexibility” for Finance to accomplish its reconciliation targets, the panel will be instructed to “reduce the deficit by a nominal amount of $1 billion over 10 years.”

“In other words, the Finance Committee’s reconciliation product will both provide substantial portions of the investments contemplated by the $3.5 trillion package but also nearly all of the stated offsets,” the memo says.

Despite Finance’s top role, the resolution would spread climate and environmental policy across jurisdictions. In addition to the power sector payment program, ENR would be responsible for climate research and funding for Department of the Interior programs, a major priority for environmentalists and progressives who feared the agency would be left out of reconciliation.

Funding for the Civilian Climate Corps would be spread out across the Health, Education, Labor and Pensions; Agriculture, Nutrition and Forestry; and Indian Affairs committees.

The Environment and Public Works Committee, meanwhile, would get a $67 billion instruction for a methane fee, clean vehicle investments and a clean energy accelerator. The panel would also be responsible for funding EPA and environmental justice programs.

Agriculture would be instructed to come up with $135 billion, including for climate resilience and carbon reduction programs. The Homeland Security and Government Affairs Committee would draw up policies to electrify federal buildings and vehicle fleets as part of its $37 billion allocation.

Schumer said in the letter he has been in “regular contact” about the budget instructions with House Speaker Nancy Pelosi (D-Calif.) and House Budget Chair John Yarmuth (D-Ky.).

“By finally tackling climate change, we can spare our country and our planet the most devastating effects of global warming,” Schumer wrote.