Dems use first minibus to draw contrasts with Trump 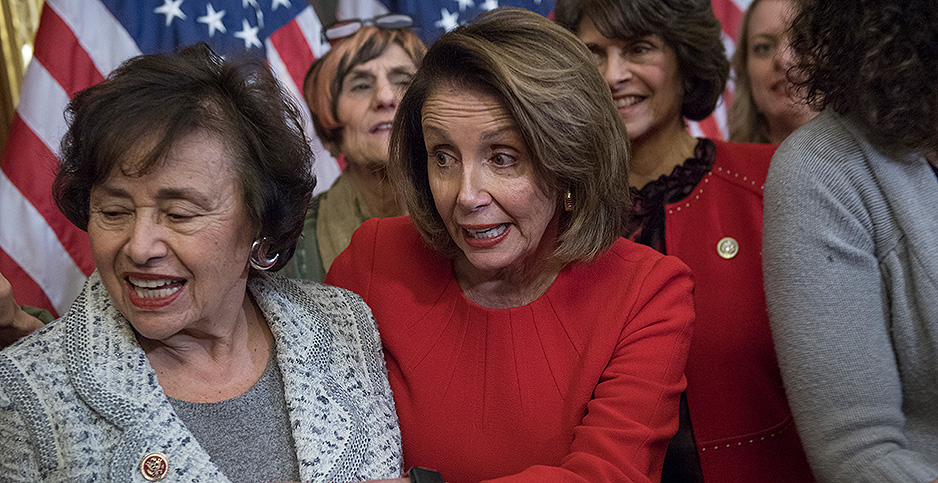 With an eye toward the elections, House Democrats are forcing floor votes this week on hot-button environmental and land policies as they consider their first fiscal 2021 spending package with the Interior-Environment bill.

The Rules Committee yesterday made 132 amendments in order to a four bill package, known as a minibus, due on the floor today and expected to pass by the end of the week.

Democrats are using the amendments to draw contrasts with Republicans on environmental issues, ranging from drilling in the Arctic National Wildlife Refuge to funding international climate efforts.

They believe that voters, particularly in swing congressional districts, favor protections and could force some GOP members to take tough votes.

While most of the add-on provisions won’t become law under a GOP administration and Senate, they offer a marker for what could happen if Democrats win the White House and full control of Capitol Hill in November.

Appropriations Chairwoman Nita Lowey (D-N.Y.) has highlighted the contrast outlined in the bill and amendments.

"Democrats reject the Trump administration’s pandering to the fossil fuel industry at the expense of the environment and our public lands," she said in a recent statement.

The Interior-Environmental measure would provide $36.76 billion for fiscal 2021 — $304 million above current spending and $1.8 billion beyond the administration’s request. That’s in line with tight spending caps that Congress agreed to last year (Greenwire, July 10).

House Democrats are again expected to back an amendment, offered by Rep. Jared Huffman (D-Calif.), to bar spending on drilling in ANWR. It would mark the second year in a row the House has voted against development in the refuge, even though the provision is certain to die in the Senate.

The Rules Committee made in order several GOP amendments in support of recent Trump executive orders on permitting and environmental reviews.

Also up for debate is an amendment from Reps. Debbie Dingell (D-Mich.) and Tom Malinowski (D-N.J.) to block a new White House rule changing how the National Environmental Policy Act is implemented.

The bill includes a rider against a new EPA rule to ease Clean Water Act permits and limit state objections. It would also block a rule dealing with emissions standards for new and modified pollution sources from the oil and gas sector.

The Rules Committee made in order an amendment from West Virginia Republican Reps. David McKinley and Carol Miller to yank that language.

Also up for debate are amendments to block EPA rulemakings on particulate matter, which Democrats say would be too weak, and allowing hibernating bear and wolf pup hunting on federal lands in Alaska.

The House’s top Interior-Environment Republican appropriator, Rep. David Joyce of Ohio, said yesterday he could not back the bill because of the policies being pushed by Democrats.

He said Democrats are using the spending bill to limit responsible natural resources development and block the removal of cumbersome regulations.

The House will vote on several amendments related to the National Park Service’s handling of recent racial justice protests, where the agency drew fire over removing protesters from Lafayette Square across from the White House.

Those include amendments that would spend $5 million to have the U.S. Park Police use body cameras and another directing the Government Accountability Office to study nonlethal tactics that could be used by the Park Police officers on protesters.

A Democratic proposal that would increase environmental justice funding at EPA by $2 million will also be considered.

Additionally, Michigan Democratic Reps. Dan Kildee and Rashida Tlaib will offer a proposal that would double the funding in the bill for replacing lead pipes to $1 billion, an issue that has hit low-income, minority communities the hardest.

Democrats are allowing a vote on a proposed amendment from Reps. Andy Biggs and Paul Gosar, both Arizona Republicans, that would block $900 million in new mandatory funding for the Land and Water Conservation Fund.

It would, in effect, force conservatives to oppose the LWCF funding for the second time this week, which was overwhelmingly backed yesterday as part of the "Great American Outdoors Act" (see related story).

The Rules Committee made in order amendments on per- and polyfluoroalkyl substances, or PFAS. One would force EPA to go through with regulation. Another would boost funding for agency oversight.

Also up for a vote will be an amendment from Rep. Jackie Speier (D-Calif.) to protect Water Infrastructure Finance and Innovation Act grants (E&E News PM, July 22).

The $65.9 billion State-Foreign Operations bill would set aside $500 million for international climate efforts. And just like in committee, Republicans are trying to yank the money (E&E News PM, July 9).

Another amendment made in order from Rep. Raúl Grijalva (D-Ariz.) would increase funding for a sewage pipe that crosses the U.S.-Mexico border.

An amendment from Rep. Maxine Waters (D-Calif.) would block implementation of an executive order mandating that meat and poultry plants stay open during the pandemic.

The report accompanying the bill includes provisions on energy resilience and encouraging the use of renewables (E&E Daily, July 9).