Dems weigh assault on Trump rules, but time is short 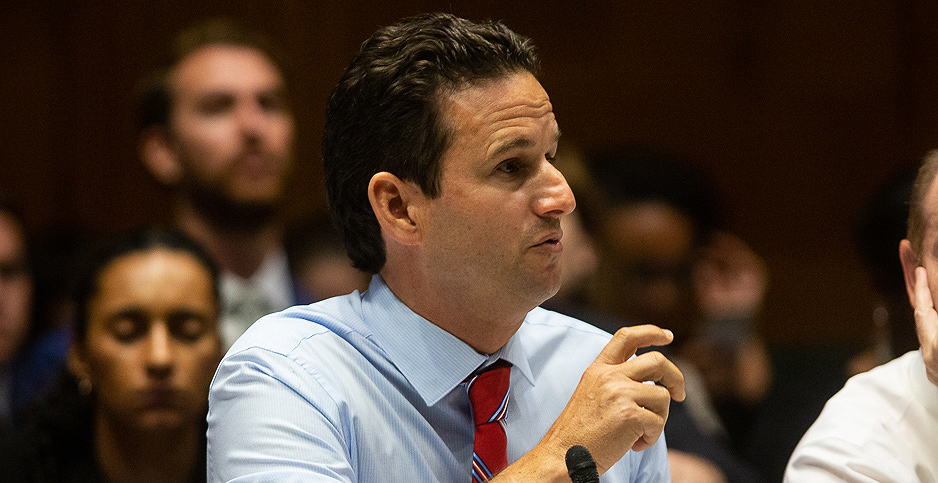 Sen. Brian Schatz (D-Hawaii), seen here during a hearing in 2019, has taken a leading role in pushing the repeal of Trump-era rules. Francis Chung/E&E News

"We’re evaluating which are the most constructive to look at," Hawaii Democratic Sen. Brian Schatz told E&E News yesterday.

Some progressive and green groups have been urging Democrats to use the CRA to ax certain Trump actions before the clock runs out.

Under the law, Congress and the White House can quickly repeal a regulation finalized within 60 legislative days, or roughly six months.

That means Democratic lawmakers have until April 2 to introduce a CRA resolution of disapproval. Congress would then have to approve the resolution with a simple majority by late May. But so far, no such resolution has been introduced.

Some observers predicted that the Democrats’ surprise Senate takeover in January would lead to numerous CRA repeals, but there has yet to be a concrete effort in that direction (E&E Daily, Feb 18).

Many Democrats are eyeing for elimination the Trump EPA’s action on methane, which replaced Obama-era standards, or the Interior Department’s Alaska logging rule.

Other liberals have always expressed misgivings about deploying the CRA, thinking the law inherently favors anti-regulatory zealots in the Republican Party.

Matt Kent, an analyst at left-leaning Public Citizen who has been calling on Democrats to act, said the motivation factor is missing.

"There is a lack of leadership," he said, "whether that is Congress or the Biden administration — we are running out of time, and someone has to take point."

A Democratic congressional aide said CRA is not off the table, adding that lawmakers are weighing their options with the White House.

Skeptics worry that the process could backfire. Schatz added that agency officials, when broached about the issue, said "not so fast," and suggested the officials were worried using the CRA would prohibit the agencies from issuing new rulemakings.

A provision in the law says agencies can’t issue rules that are "substantially the same" from repealed ones. It’s sometimes referred to as the "salt the earth" provision.

But progressives disagree on the effect of the language. Amit Narang, another pro-CRA advocate, noted that the earth has not been "salted" in areas where the Republican Party used the CRA to repeal 16 Obama regulations.

"The CRA does NOT ‘salt the earth’ so have no fear," Narang, also with Public Citizen, tweeted this week.

Schatz stressed that nothing is a done deal. "I want their feedback," he said of EPA and Interior officials. "If this prohibits us from doing a new rulemaking, maybe it’s better we go through the Administrative Procedure Act and do this the old-fashioned way."

Schatz noted that the issue is "turning out to be a bigger challenge than we thought," but said that if Congress does not take advantage of the CRA window to pursue regulatory rollbacks, "it’s because we have a better plan within the agency."

EPA and Interior press aides declined to comment, but records show that there has been some discussion on the topic.

Calendars obtained by E&E News under the Freedom of Information Act show that Tomás Carbonell, an official in the air office, had a meeting in January titled "Methane CRA."

Richard Revesz, a New York University professor whose name has been floated as a possible head of the White House regulatory shop, noted that CRA disapprovals are a "very powerful tool" that speeds up the rule-killing process.

But he added that the resolutions "can take up to 10 hours of Senate debate time — a limited commodity during the relatively short period." He said, "The decision on how to best allocate Senate time is therefore a complex one."