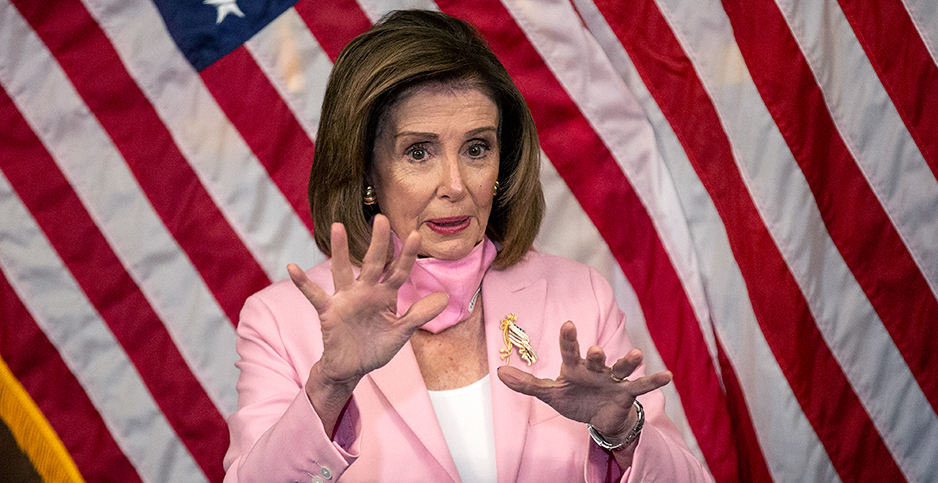 House Democrats are moving forward with the next round of COVID-19 relief, but infrastructure and targeted boosts for the energy industry may be off the table for now.

House leaders, tasked by Speaker Nancy Pelosi (D-Calif.), are rushing to finish work on part two of the Coronavirus Aid, Relief and Economic Security (CARES) Act, with hopes that the chamber could return in the coming weeks for a vote (Greenwire, April 28).

That bill, however, is expected to focus on shoring up state and local government coffers, as opposed to broader economic revival.

The most immediate relief bill is "really about investing in human infrastructure and protecting the front-liners and responding to local and state and municipal governments," said Rep. Paul Tonko (D-N.Y.), chairman of the Energy and Commerce Subcommittee on Environment and Climate Change.

"But I do think following that will be a stimulus package and an infrastructure package, which will provide ample opportunity, perhaps one-of-a-kind opportunity, to really invest in innovation, in strengthening the manufacturing base, a more self-reliant outcome for this country," Tonko said in an interview.

All sides of the energy industry have been grappling for a piece of pandemic relief, with the oil industry suffering historically low prices and renewable projects facing delays and tax credit deadlines.

To that end, Tonko said, a green energy tax package is "essential" down the road. "We’ve been sharing that message with the Ways and Means people and the Appropriations people," he said.

"We’ll be working on those priorities as soon as we shift our attention from that immediate response to economic recovery," said Tonko.

"I think I can speak for our conference by saying we’re not ruling that out," the Kentucky Republican told reporters after the policy lunch with his caucus yesterday. "But we think … take a pause here, do a good job of evaluating what we’ve already done."

He declined to offer "any big predictions" about future bills but drew a line in the sand over business liability provisions Republicans want to shield companies for actions during the pandemic.

"I’m not ruling in or ruling out anything except to say that if there is another bill that passes in the Senate, it will include the liability protections," he said.

While dozens of House Democrats weighed in against exempting fossil fuel companies from any sort of liability protection, McConnell yesterday suggested the GOP plan would be narrowly crafted (E&E Daily, May 5).

"We can’t sit here and twiddle our thumbs and say let’s wait," Schumer told reporters. "There are huge needs. And the failure to act will be far more harmful than acting to solve these problems."

In a blog post Monday, House Minority Leader Kevin McCarthy (R-Calif.) expanded on his plans for reopening the chamber, including committees returning in phases.

"This pandemic has claimed too many lives and livelihoods already. We must not allow the institution we are tasked with safeguarding to be the next," wrote McCarthy.

Democrats appear poised to change House rules to authorize remote work during emergencies. A full return, like the Senate’s, may be a long way away.

"We need rules that allow the House to conduct oversight of the COVID-19 response, mark up critical legislation, and take votes on the House Floor without needlessly putting countless Capitol Police, staff, press, and non-partisan support staff at additional risk," wrote the Democrats.