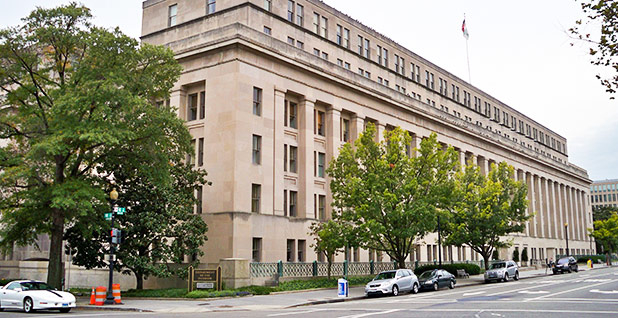 The Interior Department is dialing back more environmental goals set in the Obama administration, this time through a secretarial order.

"The department seeks to implement statutorily-based, effective and transparent compensatory mitigation principles and standards, across its bureaus and offices … that provide a level of certainty to all involved parties," the order states.

The order and the documents it involves are bureaucratic and, to some extent, rather opaque in their references. The Interior Department did not issue a press release or otherwise comment on the order, quietly signed on the Friday before the Christmas holiday.

Their potential impact, though, could be meaningful to the energy industry and alarming to environmentalists and others supportive of the Obama administration approaches now being retracted.

The administration counters that the change comports with President Trump’s goal of "promoting energy independence and economic growth," enunciated last March in an executive order.

The rubber meets the road, for instance, with BLM’s 36-page draft mitigation strategy for the Alaska reserve published in September 2016. It clarified the real human and environmental stakes entangled with the drab-sounding term "mitigation."

"Future [energy] development could result in unavoidable impacts primarily to the Iñupiat people in the region, their subsistence activities, the ecosystems upon which they depend for subsistence, and their culture," the draft strategy stated.

In response, the draft strategy itemized a number of goals to "sustain and enhance" everything from the "health and safety of the residents" to the "land, water, and landscapes that allow for sustainable populations of fish and wildlife and their natural movement and distribution."

One form of compensatory mitigation cited in the strategy suggested a fee of between $100 and $200 per affected acre, such as lost habitat or harvest areas. The money raised would fund mitigation activities, such as protecting wetlands or reimbursing hunters.

Now, under the new secretarial order, the BLM director will "assess" this draft strategy and "begin the process to revise [it] … including seeking public comment where necessary."

The Trump administration has not yet nominated anyone as BLM director. Former Alaska official Joe Balash was confirmed last month as Interior’s assistant secretary for land and minerals management, and will play a role in how the department follows up on other parts of the order.

The order rescinds a BLM "mitigation handbook" and a section on mitigation in a BLM manual, both dating to December 2016.

More broadly, the order also rescinds the department’s "landscape-wide mitigation policy" from 2015 and a chapter on "climate change policy" that was written into the department’s manual in 2012.

The five-page chapter effectively erased by the new secretarial order stated that the department "will use the best available science to increase understanding of climate change impacts [and] inform decision-making."

"The department will integrate climate change adaptation strategies into its policies, planning, programs and operations," the eliminated chapter stated.