Developers are bolting. But will that cut emissions? 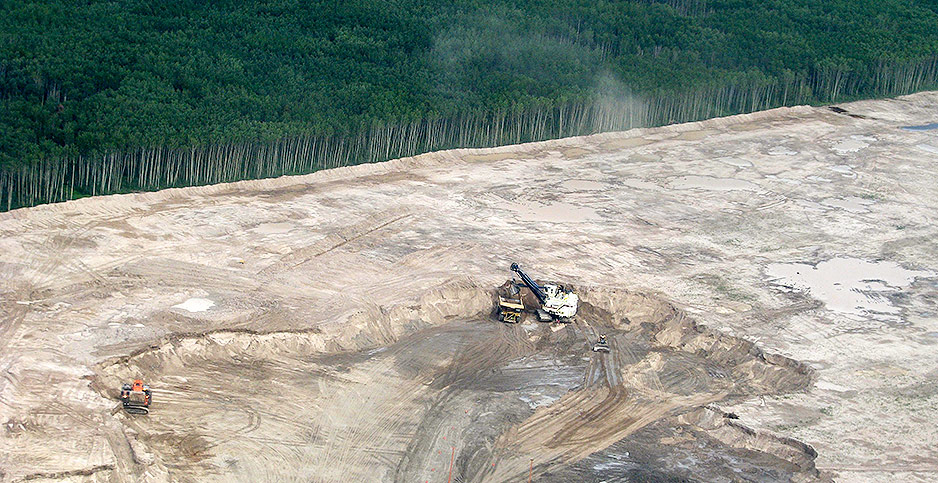 ConocoPhillips Co., Royal Dutch Shell PLC and Marathon Oil Corp. together sold about $23 billion worth of oil sands projects this year. Total SA and Statoil ASA pulled out of similar projects earlier. The trend — driven by low prices — has even raised questions about the future of the high-profile Keystone XL pipeline, with TransCanada Corp. executives saying they need to gauge customer interest before proceeding with the controversial project.

But the exodus of multinational companies from the oil sands isn’t a clear-cut win for climate activists, who have long criticized the oil sands as one of the world’s leading greenhouse gas polluters.

As some international companies exited, local Canadian operators have swooped in to fill the void. And some companies have focused investments on growing U.S. shale basins instead, which creates its own set of emissions challenges.

While the average American barrel might be cleaner than its Canadian counterpart, the surge in U.S. production could negate emissions reduction from slower-than-expected growth in oil sands output, said Andrew Leach, an environmental economist at the University of Alberta.

"Your biggest climate impact is how many barrels are you burning," Leach said.

Oil sands production climbed steeply after 2000, when North America appeared short of crude reserves. But the rise of American tight oil plays has complicated oil-reliant Alberta’s future. The province just climbed out of a two-year recession following a collapse in oil prices, a downturn prompted in part by U.S. producers’ contribution to a global glut in crude supplies.

Expectations of lower prices have tampered growth expectations and given Canadian firms pause before committing to new projects.

The shift from Canada to the United States reflects a wider trend in the oil markets away from large, capital-intensive projects in the oil sands and offshore toward smaller, cheaper developments in America’s tight oil basins, analysts said.

"We’ve seen people migrating away from that sort of risk concentration," said John Saucer, who tracks the oil industry at Mobius Risk Group LLC in Houston. "Even the majors are focusing on shale now."

Of the oil sands, he added, "Right now, from our perspective, I don’t want to say they’re way behind the list, but they’re behind areas that are popular right now."

The industry dynamic presents its own set of questions for greens seeking to curb emissions from the oil sector.

Alberta’s brand of bitumen, a heavy crude that requires massive amounts of energy to extract and refine, is extremely carbon-intensive. Steam, often generated by fossil fuel-fired power plants, is frequently used to change the viscosity of semi-solid bitumen into a liquid. Refiners, meanwhile, remove considerable amounts of carbon from Alberta’s heavy crudes, creating petroleum coke as a byproduct. Petcoke, as it is known, is often blended with coal in electricity production.

A 2015 study by the U.S. Department of Energy found that oil sands crude emits about 20 percent more carbon in its lifetime than American oil varieties, though emissions can vary depending on the types of extraction and refining methods used.

While carbon dioxide is the primary concern with Canadian oil, methane is the issue with U.S. tight oils, said Deborah Gordon, director of the energy and climate program at the Carnegie Endowment for International Peace.

"If you don’t manage your methane, there is no assumption that light tight oil might beat oil sands. They might be worse," Gordon said. "They both have their challenges. They have their equal burdens to bear on climate grounds. I believe this industry can solve this problem, but they are going to have to solve this problem in different ways."

Production in the oil sands is still expected to rise.

Through 2019, only the U.S. oil sector will grow faster than Canada’s, according to IHS Markit, a consultancy. That is because Canadian firms with a long track record of coaxing crude from Alberta’s oil sands snapped up the assets no longer desired by their international competitors, analysts said.

"We see pretty robust growth into 2020-21," said Stephen Kallir, a Wood Mackenzie analyst who follows the Canadian oil sector. A series of expansion projects underpins that growth in the industry. The uncertainty begins to creep in after 2020, since firms have not committed to follow through on a series of new developments, said Kallir.

Casting another layer of haziness over the industry, officials in Alberta are ramping up plans to limit emissions from the sector.

The province imposed a carbon tax of 20 Canadian dollars per ton in 2017 that will increase to CA$30 a ton in 2018, and set an emissions cap of 100 million tons for oil sands projects. The cap remains politically contentious, but few analysts expect it to have a material impact on oil sands production in the near term.

Wood Mackenzie reckons producers are unlikely to hit the cap until the late 2020s, if at all, due to economic conditions and technological improvements resulting in emissions reductions.

Indeed, the intent of the tax was to drive innovation — not move production elsewhere, said Leach, who helped design the tax.

"One of the realities for oil sands is it’s under significant pressure from institutional investors, large companies like Total or Shell, or getting infrastructure built," Leach said. "The odds are that you could continue to operate in Alberta without a credible carbon policy; the consequences of that were higher than a carbon policy itself."

Already, there are some signs of change. Imperial Oil Ltd.’s Aspen Project, a new project proposed before the tax was implemented, says improved recovery technologies will reduce greenhouse gas intensity by 25 percent.

In a report to stockholders, Suncor said it would support climate change policies in Alberta, predicted demand for gas may level off in North America in a decade and announced it is planning for scenarios of oil demand peaking sooner than 20 years.

"If the pioneering oil sands company has reconciled itself to smaller oil sands, that’s a big deal," said Andrew Logan, director of Ceres’ oil and gas industry program. "Certainly nobody knows the resource as well as they do."

Simon Dyer, Alberta director for the Pembina Institute, said companies are considering the provincial carbon tax in their plans, but it has not yet made a significant impact on their decisions.

"Companies have all crunched the numbers and all know what their compliance costs are going to be," Dyer said in an interview.

But just as challenging might be developments elsewhere. Alberta adopted a carbon tax on the assumption that others would follow suit.

Now, Alberta producers are encountering a different scenario. U.S. producers are unlikely to face a carbon policy under President Trump, who has made a rollback of Obama-era climate initiatives a staple of his administration. At the same time, oil sands producers still could experience potential climate discrimination, Leach said. Nebraska regulators, he noted, could still reject a permit for Keystone XL.

Alberta producers have begun to question whether it makes sense to tax themselves when others don’t take similar steps and still discriminate against oil sands crude, Leach said.

To some, the tumult foreshadows a change at the core of the oil sands business.

"There’s something more fundamental at work," Logan said. "Companies are changing the way they think about oil and making plans based on whether or not they think oil sands will become more or less valuable."