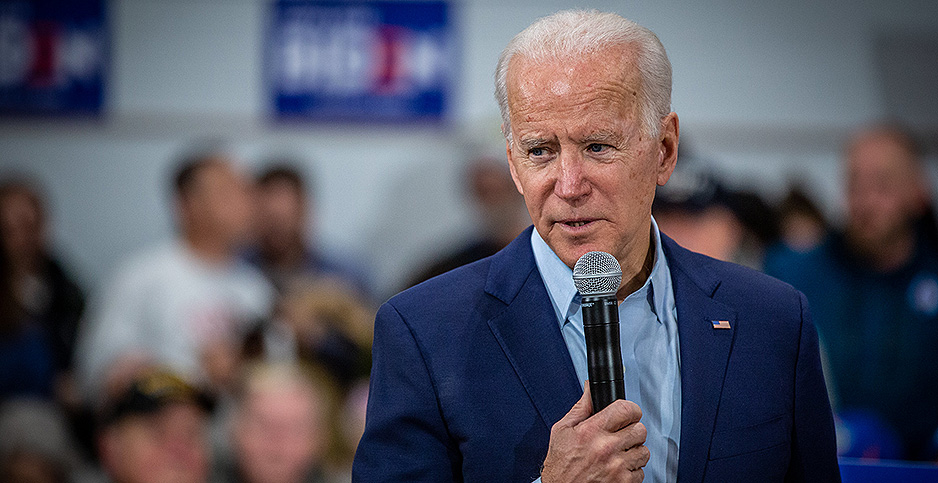 Former Vice President Joe Biden frequently asserts on the campaign trail that he helped secure the Paris Agreement by bringing China to the negotiating table.

It’s indisputable that the Obama administration’s outreach to China’s President Xi Jinping helped deliver the 2015 climate deal, but Biden is likely taking too much credit for finalizing the accord, according to sources familiar with the negotiations.

Biden claimed on Tuesday during the Democratic debate in South Carolina that he persuaded Xi to join the 2015 landmark deal. Participation by the world’s two largest emitters catapulted the climate accord forward.

"This is a guy who I was able to convince should join the international agreement at the Paris Agreement because, guess what, they need to be involved," Biden said of Xi.

At other times, Biden seems to be claiming credit for an important bilateral agreement between the United States and China that helped pave the way for Paris — saying he raised the idea of the two countries working together in a meeting with Xi. He says he went back to Washington and made the case to President Obama that China could be convinced to work with the United States ahead of the global deal.

Biden made that claim Monday night, though he swapped Xi for a now-deceased Chinese leader who stepped down in 1992. "I’m the guy that came back after meeting with Deng Xiaoping and making the case that I believe China would join if we put pressure on them," Biden said.

E&E News interviewed a half-dozen Obama-era White House advisers and State Department officials for this story. All of them said Biden did not appear to play an instrumental role in finalizing the Paris Agreement.

"I really don’t think he was involved at all," said one source.

Biden did meet with Xi repeatedly beginning in 2012, when Biden and Xi were vice presidents, according to a former adviser to Biden. A year later, Biden raised with Xi the idea of committing to a goal of reducing China’s emissions in a simultaneous announcement with the United States, the adviser said. Xi did not make a commitment to Biden personally.

Biden refers to that December 2013 meeting frequently at campaign stops. The former adviser said Biden asserted that the world’s two largest emitters could galvanize global action ahead of Paris if they worked together. Xi was noncommittal, but Biden sensed openness. And it was that openness that he communicated to Obama.

"So, the VP comes back later that month and basically reports to the president as he’s now said many times that if we put sufficient pressure on China, if we continue to make this a priority and make the case, then we can get them on board," said the former Biden adviser.

Obama and Xi surprised the world by releasing their pre-Paris targets jointly in 2014 from the same podium in Beijing. This was five years after U.N. climate talks in Copenhagen, Denmark, failed because of persistent disagreements between wealthy and historically poor countries — led by the United States and China — over how responsibility for addressing climate change should be shared.

Those entrenched positions threatened to stymie progress at the 2015 Paris summit. But the Obama-Xi bilateral deal, which saw China commit to stop growing its emissions by 2030, broke through those old divisions and made agreement in Paris possible.

But sources say that if Biden played a role, they were unaware of it.

Instead, Secretary of State John Kerry is broadly credited with pushing engagement with China on climate from the earliest days of his tenure at the State Department in 2013 through September 2015, when Xi and Obama made a second bilateral announcement that committed China to launching the world’s largest cap-and-trade program.

Kerry formally proposed that the United States and China release joint targets during a visit to China in February 2014. He presented Chinese Foreign Minister Wang Yi with a statement that had been negotiated by U.S. Special Envoy for Climate Change Todd Stern and his Chinese counterpart, Special Representative on Climate Change Xie Zhenhua. Yi agreed, and that began a year of negotiations between the United States, led by Stern and White House adviser John Podesta, and the Chinese negotiators under Xie.

Kerry participated in the summit in Paris, while Biden did not.

Sources don’t recall any involvement by Biden’s staff in the actual negotiations. But the former Biden adviser said the vice president followed its progress and gave feedback during principals meetings at the White House. It’s unusual, he said, for a vice president to provide staff to a negotiating team of that kind.