Did Trump just propose the opposite of pricing carbon? 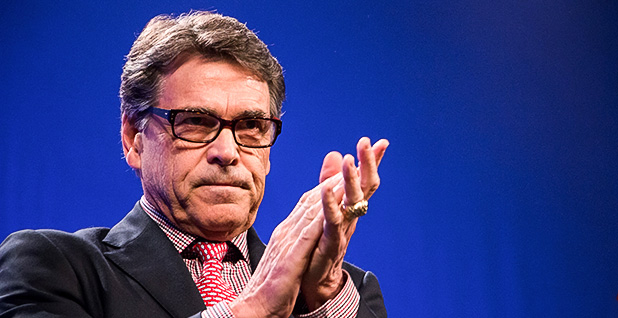 The Trump administration is scrambling the economics of climate change by proposing to subsidize carbon emissions rather than tax them.

President Trump’s plan to prop up struggling coal plants moves in the opposite direction from what energy producers, greens, economists and even oil companies have been asking for: a tax on carbon dioxide. The ramifications could reverberate through the highest-emitting sectors for years to come — if only because of the signal the plan sends.

Utilities and energy companies, which look several decades into the future when planning investments, have been operating under the assumption that a carbon tax or other types of regulations would eventually add new costs for releasing CO2. For instance, the utility giant American Electric Power Co. is executing a pivot to natural gas and renewables to help cut its emissions 80 percent over the next 30 years.

"If there’s one thing companies and investors like, it’s certainty. And this type of intervention flips the table on everybody," said John Larsen, a Rhodium Group analyst who tracks power markets.

The White House says that would strengthen the grid against shocks like cyberattacks and natural disasters by preventing plants that store fuel on-site from shuttering. Details of the plan are still murky (Greenwire, June 1).

If subsidies only postpone retirements to keep coal plants available for electricity generation in extreme circumstances, like a hurricane, the plan might make fewer waves in the power market, Larsen said.

The plan also calls for propping up nuclear power plants — something that would keep emissions from rising. But many more coal plants are slated to retire in the next 24 months than nuclear plants, and many observers suspect the plan is aimed at rewarding Trump’s political constituency rather than preventing electricity shortages. Grid operators reject the idea that the electric grid is vulnerable to widespread blackouts based on declining coal generation.

"If the goal is to burn more coal in America and save coal miners through this thing, then it’s a totally different ballgame," Larsen said.

Trump appointees on the Federal Energy Regulatory Commission have already shot down a similar plan, and the latest proposal is opposed by leaders in the oil and gas and renewable energy sectors.

"We look forward to forcefully opposing it every step of the way," Michael Panfil, the Environmental Defense Fund’s director of federal energy policy, wrote in a blog post.

Even some conservative groups expect huge hurdles for Trump’s plan, which relies on emergency provisions in the Federal Power Act. Other presidents have used the law to safeguard the supply of electricity during periods of crisis. But the idea of using it to financially buttress an industry that’s losing market share to an influx of cheaper and cleaner fuels is new.

David Bookbinder, chief counsel at the free-market Niskanen Center, pointed to a 1978 ruling from the U.S. Court of Appeals for the District of Columbia Circuit that differentiates the kind of wartime emergency the law was created for from ideological disputes over the source of fuel that’s being used for electricity.

If Trump succeeds, it could mark a huge expansion of federal control in energy markets, he said.

A carbon tax is popular with conservative economists and some corners of industry because it’s flexible. Instead of a regulator dictating terms to emitters and consumers, the market would drive everyone to cut emissions as they see fit, proponents say. The revenue could also be used to soften the financial impact of the tax or for projects that strengthen infrastructure against the physical impacts of climate change.

Trump’s intervention in the electricity market could offer liberals a new justification for aggressively clamping down on carbon emissions. If Trump successfully argues that national security demands government support for certain kinds of electricity, then a Democratic administration might argue that the national security threat from climate change also demands government intervention, some observers said.

"If they get away with this, even with a targeted intervention, then what’s going to stop anybody from doing something even crazier next time?" Larsen asked.