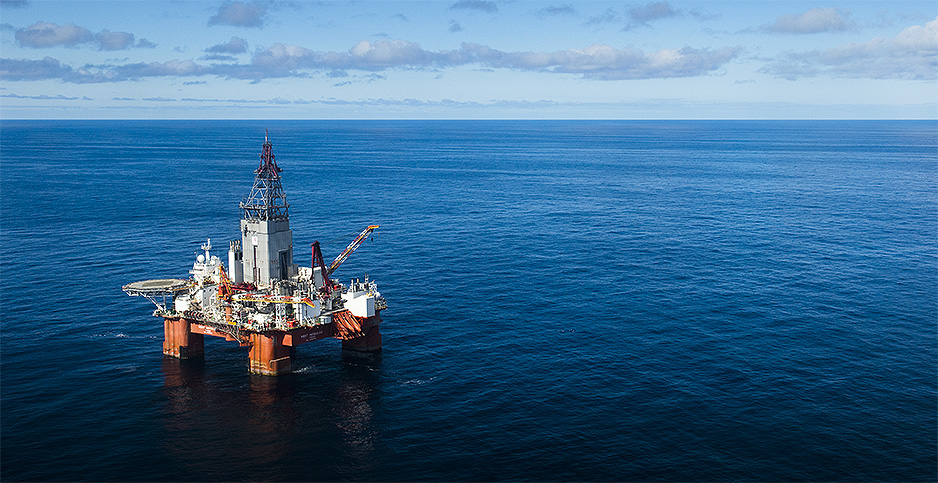 In many ways, the challenge of addressing climate change is playing out in one Arctic nation that says it wants a low-carbon future but lives off oil money.

Norway recently announced plans that it would expand oil and gas offerings in formerly off-limit areas of the Arctic, a move that’s angered climate advocates and highlights the challenge of reducing reliance on the industry. Surplus oil revenue over the last few decades has fed the country’s now $1 trillion sovereign wealth fund — similar to Alaska’s oil fund — which Norway invests in thousands of companies and real estate worldwide.

Norway is largely powered by hydroelectricity and ranks low on the list of direct emitters of greenhouse gases worldwide, but its exported oil and gas that’s later combusted accounts for about 2% of the world’s oil supply and the sector represents about half the value of the country’s annual exports, according to the Norwegian Ministry of Petroleum and Energy.

The country also has committed to carbon neutrality by 2030, was an early signer of the Paris climate accord, and offers citizens generous subsidies and perks for electric cars.

Now, the Norwegian Petroleum Directorate, which oversees oil and gas production and licensing, has proposed to expand areas available to oil and gas companies deeper into the Barents Sea, potentially offering 125 blocks, mostly west and north of currently producing areas in the Arctic Ocean.

The prime minister is emphasizing the need to retain the workforce and revenue tied to oil and gas, particularly in light of the COVID-19 pandemic. The Norwegian Ministry of Petroleum and Energy recorded a total net cash flow of 257 billion Norwegian krone ($27.4 billion) from its oil and gas sector in 2019, but estimates a drop to NOK 98 billion ($10.5 billion) this year due to the pandemic.

Norway’s minister of petroleum and energy, Tina Bru, said in a statement recently that the proposed drilling expansion was necessary to save Norwegian jobs and that new exploration would be "crucial to maintaining activity on the Norwegian continental shelf."

But environmental groups were quick to condemn the move as backpedaling on climate progress that could undermine the Nordic country’s leadership on driving down greenhouse gas emissions worldwide.

Frode Pleym, head of Greenpeace Norway, called it a "shockingly arrogant and unscientific" decision with added significance, considering Norway’s recent election to one of two impermanent seats on the U.N. Security Council.

"Pumping up more oil takes away Norway’s green credentials and leverage towards other countries on combating the climate crisis," Pleym said in an email.

The government has yet to approve the expansion into frontier areas for the new licensing round expected in the fall, but it likely will move forward, said Aatisha Mahajan, a senior analyst of upstream research for Norway’s Rystad Energy.

"Regarding public opinion, I am sure it can sway the government," she said. "But the necessity of [the] hour for Norwegian authorities is to give extended lifeline to the industry, which is already marred by COVID-19 and oil price crash."

The pandemic, coupled with an oil production dispute between Russia, the U.S. and Saudi Arabia in early spring, has driven the price of oil to unsustainable lows for many regions.

In Norway, the crisis was exacerbated as oil and gas production has been on the decline for roughly two decades. Just last year, Exxon Mobil Corp. inked a $4 billion deal to get out of the Norwegian continental shelf after nearly a century, and Chevron Corp. left the year before.

Prior to the pandemic, the production slide had improved somewhat as discoveries were brought online. The Johan Sverdrup field began production last year, holding a potential of 2.7 billion barrels of oil equivalent, according to its operator Equinor ASA. The firm, which has also stepped firmly into the United States’ offshore wind sector, is formerly known as Statoil, a publicly traded company in which Norway owns a 67% stake.

The pressure to green the country’s economy — and even limit some oil and gas investment from its massive oil fund — has dogged political discussion in recent years.

Last summer, the Financial Times reported that the former Norwegian’s oil fund manager, Knut Kjær, was critical of politicized handling of the fund just as some experts had chided the divestment from some oil and gas companies and sociopolitical meddling in its management. The debate mirrors some larger discussion globally about "ESG" financing decisions — or environmental, social and governance — which measure sustainability in risk assessments.

Large banks in Europe and the U.S. have flagged much Arctic oil and gas drilling as problematic in their ESG metrics in the last year, noting the sensitivity of the far north to climate change (Energywire, June 15). The Arctic is warming at twice the rate of the rest of the planet, according to NOAA’s annual Arctic report card.

Greenpeace’s Pleym said politicians were afraid to act boldly in Norway, "in particular when it comes to that holy cow of ours: oil."

The potential expansion of oil and gas offerings in the Arctic comes on the heels of an announcement in April to offer a multibillion-dollar tax incentive package to increase liquidity for the oil and gas sector to try and drive new exploration and development.

Bru, the oil and gas minister, said at the time that the package would be "a shot in the arm" for the drilling and supply industries and help the country maintain the revenues that make Norway’s famous "welfare system" possible.

That means that Norway also needs to invest in oil and gas to keep a course toward a green transition, according to the country’s leaders.

"The petroleum industry has been one of the main engines of the Norwegian economy for more than 50 years," said Prime Minister Erna Solberg in a statement this spring. "If we lose the growth potential of this industry, we will also lose much of the momentum in Norway’s transformation."