Do agencies have the final say on regs? 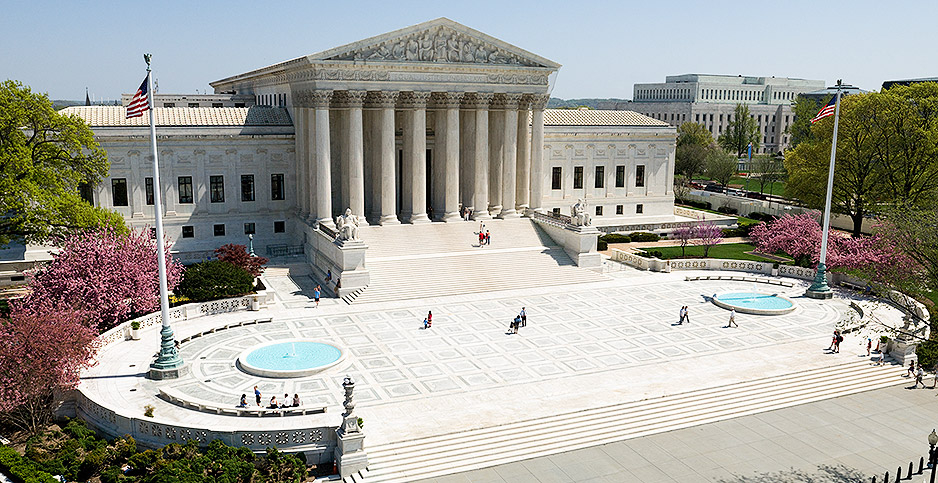 The Supreme Court is gearing up for arguments in a case that could change a key tenet of administrative law: the degree of deference federal agencies get from the courts.

The question in the case: Should the Supreme Court get rid of Auer deference, the standard that directs judges to defer to an agency’s reasonable interpretation of its own ambiguous regulation?

The justices are taking up the debate in a lawsuit centered on veterans’ benefits, but the ruling will have broader impacts on other agency litigation.

"Even though this is not an environmental case, it has important implications for how courts will interpret and apply environmental regulations," University of Maryland law professor Robert Percival said, adding that the case will serve as an early indication of how the newly constituted Supreme Court, which shifted to the right after Justice Anthony Kennedy retired last year, will approach the administrative state.

Indeed, the executive branch’s many agencies have long been a target for conservatives, who say Auer deference — which is named for a 1997 precedent — helps fuel an unwieldy administrative state that acts more like a legislative body and isn’t accountable to voters.

"Under Auer, agencies are going to get to do just that: They get to write the law, and then they get to interpret it," Karen Harned, who leads the Small Business Legal Center at the National Federation of Independent Business, said during a Federalist Society call last week.

As a result, she said, agencies can easily change their interpretations of regulations and create uncertainty for companies that have to follow those rules.

Right-leaning groups haven’t targeted the standard as fervently as they have Chevron — a related doctrine that applies to agency interpretations of murky laws — but many see it as an important inroad toward ultimately rebalancing power from executive agencies to the judicial branch.

"In the end, I think it’s likely that we’ll see Auer either extremely narrowed to the point of irrelevance or being outright overturned," Mayer Brown LLP attorney Michael Kimberly said during a recent Washington Legal Foundation panel. "And the question at the end is what sort of a path is left behind to eventually attack Chevron deference."

‘Trusting that the rule really does mean what it says’

Dozens of amicus briefs calling for an overhaul of the Auer standard flooded the Supreme Court’s docket this year, compared with just two briefs advocating for keeping it intact.

Electric utilities, energy companies, mining groups and other industry voices were out front among the critics, calling the deference doctrine both unconstitutional and unfair.

"As concrete examples of Auer‘s seen and unseen harms illustrate, Auer is an unnecessarily harmful impediment to businesses and individuals who must rely on the language agencies choose in their rules, trusting that the rule really does mean what it says," the National Mining Association, the American Fuel & Petrochemical Manufacturers, the American Farm Bureau Federation and others told the court.

They laid out examples of where they think Auer has gone wrong: a court decision upholding Endangered Species Act protections for a piping plover despite local officials’ arguments that the scope of the protections exceeds the Fish and Wildlife Service’s own regulations, for one, plus other examples involving the Federal Energy Regulatory Commission and the Agriculture Department (Greenwire, Feb. 1).

Deference doctrines touch many facets of federal regulations, including those from EPA, FERC, USDA and the Interior Department. A recent blog post from a team of Bracewell LLP energy lawyers notes the numerous energy projects that get caught in Auer‘s crosshairs.

Critics say Auer gives a perverse incentive, encouraging agencies to write vague regulations and mold them to their liking depending on future circumstances, counting on judicial deference along the way.

That’s a problem for two reasons, they say: First, it violates the separation of powers set out in the Constitution by giving unelected agency officials too much authority. Second, it’s out of step with the Administrative Procedure Act, which generally requires public involvement in the regulatory process.

The industry brief conceded that the legal standard sometimes supports regulatory flexibility. "But in the main," it said, "when agencies reinterpret their own regulations in a manner that fundamentally changes settled understandings, it denies the regulated public, like amici’s members, the certainty and predictability that they need to order their affairs."

Despite its close ties to the conservative legal movement calling for Auer‘s death, the Trump administration has staked out a delicate middle position, defending the deference the government received in lower court proceedings in the case but advocating for a more tailored version of the standard (E&E News PM, Feb. 27).

Who benefits from deference?

Auer‘s defenders say concerns about the doctrine are overwrought.

"The complaints that are raised against Auer deference really exaggerate the effect that it has," Columbia Law School professor Gillian Metzger said during an American Constitution Society call last week. "In fact, what we’ve actually seen is that Auer deference has been incrementally limited by the court over a number of years, responding to concerns about how it might be misused."

She noted that the deference standard applies only to reasonable positions and that agencies are still bound by other administrative law requirements, including giving regulated parties fair notice of changes.

"The idea that agencies are really unfettered under Auer doctrine is just not supported by the doctrine or in the empirical evidence," she said. "But in addition, these claims really ignore the important value that deferring to agency interpretation of the regulations brings, particularly when you’re talking about very complicated, technical regulatory regimes. It’s very important that agencies be able to draw on their expertise in those regimes."

Metzger was part of a group of legal scholars who filed one of the two briefs pushing the Supreme Court to keep the standard as is. The other came from Sen. Sheldon Whitehouse (D-R.I.).

Vermont Law School professor Pat Parenteau, meanwhile, stressed that Auer is a "two-edged sword" that he and many others in the environmental community will not miss if it’s overturned.

"It oftentimes shields agencies interpreting rules … in ways that are not beneficial to environmental protection," he said. "My impression over the years is that more often than not, that kind of deference works against environmental protection. So having the courts take a harder look at agency interpretations of their own rules, I don’t think is necessarily a bad thing."

He said the small number of briefs supporting Auer is evidence of that dynamic.

"It’s very telling," he said. "It’s not like environmentalists are shy about submitting amicus briefs."

The current political landscape could offer another reason for environmentalists to shrug at the doctrine’s demise.

"A decision overruling Auer could make it more difficult for the Trump administration to achieve parts of its deregulatory agenda," said Percival, the Maryland professor, "by depriving agencies of judicial deference when they reinterpret regulations."