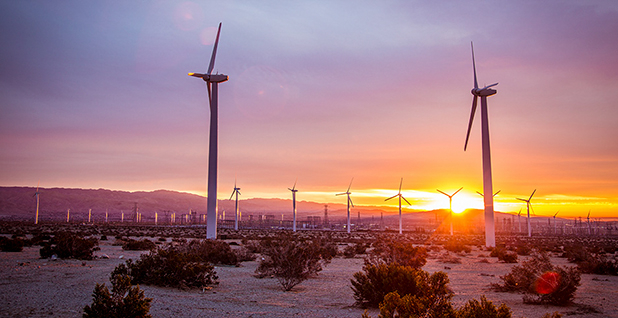 The introduction of renewable power sources does not slash greenhouse gas emissions at an equal rate across the United States, suggesting that some states may be fighting an uphill battle in their push to decarbonize, according to a new study.

In a study published in Nature Sustainability last week, researchers at North Carolina State University examined what happened when wind and solar came online between 2018 and 2020 across 12 regional service territories across the country used by grid security officials.

"As we build more renewables, it’s important to ask, what is actually going on with this power?" said Harrison Fell, a study co-author and an energy economist at North Carolina State. "Is it offsetting [fossil fuel] generation?"

The team found that wind and solar’s success at displacing fossil fuels tended to vary widely, depending on the region’s preexisting energy mix as well as the share of renewable power that ended up being exported.

In Florida, for example, nearly every new megawatt-hour of solar introduced to the grid led to a megawatt-hour less of natural gas generation.

In New York, by contrast, nearly half of the state’s wind generation often ended up being exported to other regions. There and in New England, wind tended to replace imports of another low-carbon source, hydropower, meaning it delivered relatively small reductions of carbon dioxide and nitrogen oxides (NOx).

In other cases, exports were better for the climate. California’s wind power cut more emissions — of sulfur dioxide (SO2) and NOx — when exported than when it was used in the local grid, since the exported power displaced coal and natural gas in neighboring states.

For local and regional policymakers, said Fell, "it’s important to realize that some of renewables’ benefits might be captured externally."

Across all 12 regions, wind and solar were able to reduce CO2 emissions, while "many, if not all" regions showed a decrease in SO2 and NOx, wrote the study’s authors.

The study is the first to use new hourly data on renewable generation provided by the U.S. Energy Information Administration combined with data on interregional electricity trading.

Yet the study also turned up "considerably lower rates of pollutant displacement" — and thus of emissions reductions — than previous analyses.

"All this says to me that a coordinated national policy [for clean energy] is more likely to be able to take advantage of all these differences and heterogeneity," said Fell.

During summer months in Texas, the study found, solar generation led to reduced gas generation from combined-cycle units. Yet it also had the effect of increasing generation from combustion turbines — a less-efficient type that can cause six times more NOx emissions — in order to provide flexibility during high-load times.

In general, renewables were more effective for cutting emissions when they were used in place of coal.

Government incentives for wind and solar were also more effectively translated into lower emissions in Florida, the mid-Atlantic and the Midwest than in New York and California, which have two of the country’s most ambitious plans for decarbonization.

To cut emissions across the country, "you’ll clearly have to have build-out of infrastructure. Whether it needs to happen within a state is going to vary a lot, given the transmission networks available," said Fell.

But in any case, he added, "this all has to happen in concert."

Correction: A previous version of this story misidentified the academic journal in which the study was published. It is Nature Sustainability, not Nature Communications.