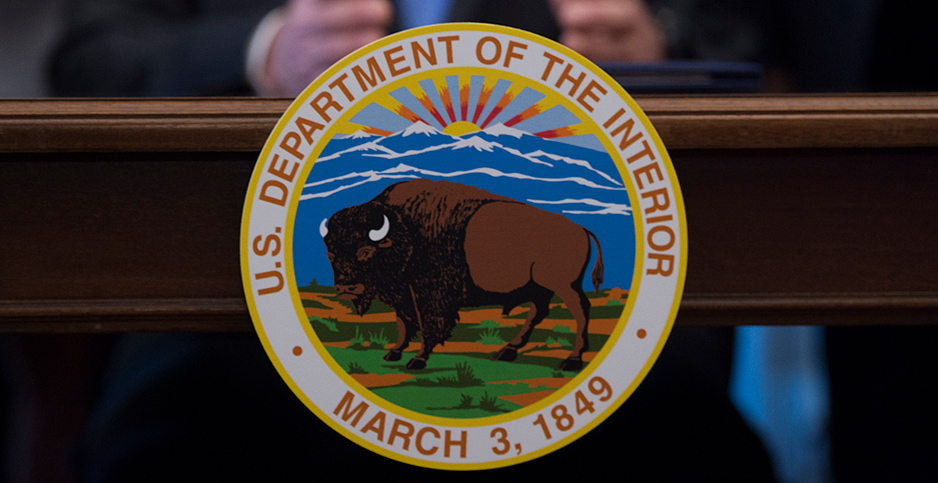 "When I’ve moved between SES jobs, I received a pay increase. Why would this not be the case now?" Ruth Welch, the Bureau of Land Management’s Colorado state director, wrote in a June 19, 2017, email. "Especially since this is a move I do not want to make."

Welch’s pointed question to Interior official Mary Pletcher was included in approximately 2,000 pages of email traffic and other documents related to Interior’s reassignment last year of SES employees. Interior posted the documents online in response to a Freedom of Information Act request.

The newly public documents show Interior has continued to reassign senior executives even as the IG’s office investigates the first round made in June.

Interior’s Executive Resources Board approved seven additional reassignments in the fall, but the records don’t show whether the reassignments were challenged or were carried out.

Agencies aren’t prohibited from moving forward with reassignments during such an investigation, said Jason Briefel, executive director of the Senior Executives Association.

"It appears they followed the letter of the law, if perhaps not the spirit," Briefel said, referring to Interior’s SES reassignments. He added that Interior should have learned lessons from the controversy over last year’s reassignments so that future transitions are smoother.

The released documents shed some light on how the SES reassignments have played out behind the scenes, even as Zinke and his team defended the moves as being good for the department. It’s a picture of bureaucracy in action, albeit sometimes with a poignant twist.

Some of the asserted enthusiasm came even from SES members facing the most significant dislocation. Bud Cribley, for instance, accepted a move from BLM Alaska state director, a position he’d held for nearly seven years, to a Fish and Wildlife Service energy adviser slot in Northern Virginia.

"Thank you for providing me this challenge and opportunity to an important position that would contribute to this Administration’s and Secretary’s objective for Energy Dominance," Cribley wrote, noting that "this reassignment also meets my personnel objective of returning to the Washington D.C. Area."

There were 7,794 SES members among all federal departments as of a 2014 count by the Office of Personnel Management. Interior’s roughly 225 SES members include some high-profile individuals, such as the superintendents of major national parks and the BLM state directors. Most senior executives serve in the SES between 10 and 12 years.

"The president signed an executive order to reorganize the federal government for the future and the Secretary has been absolutely out front on that issue," Swift said, adding that "personnel moves among the Senior Executive Service are being conducted to better serve the taxpayer and the Department’s operations."

Loudermilk further noted that his "appointment as BIA Director is a culmination of over 27 years of dedicated service," and he proposed taking an alternative slot rather than the one offered him in BIA’s Office of the Special Trustee for American Indians.

Salvatore Lauro, BLM’s law enforcement director, likewise proposed an alternative to his proposed reassignment last June to the Fish and Wildlife Service. Lauro wrote that he would rather stay at BLM for his final job "prior to retiring."

Interior’s board overseeing the SES program went along, agreeing to settle Lauro in a new position as senior adviser to the director of the BLM’s Office of Law Enforcement and Security.

Cynthia Dohner, for instance, had been serving since 2009 as director of the Southeast Region for the Fish and Wildlife Service when she was informed on June 15 that Interior officials wanted to move her back to the D.C. area to serve as the service’s assistant director for international affairs.

Sources told E&E News in September that Interior had approved as many as 30 more reassignments but that the department wanted to wait for the conclusion of the IG’s probe before making any large-scale moves in the event that investigators find legal problems or errors from the June reassignments.

Among the officials notified of reassignment was Tom Melius, FWS’s Midwest regional director, stationed in Minneapolis, to the agency’s assistant director of international affairs in Washington, D.C.

So was Michael Ryan, the Bureau of Reclamation’s Great Plains regional director in Billings, Mont. Ryan was transferred to the position of senior adviser to the agency’s assistant secretary for water and science in Washington.

It’s not clear whether Kurth’s reassignment has happened yet, as he is still listed on the FWS organizational chart as deputy director of operations; Mike Oetker is listed as the acting regional director.

"At the end of the day, we all go to work to serve in a broader organization," Briefel said. "But the main reason people go to work is so they can put food on the table for the their family. You can’t not think about that."