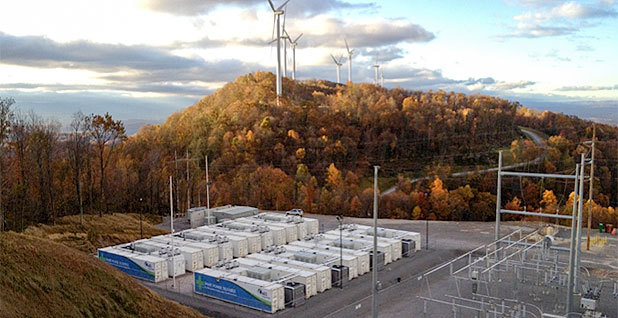 A key advisory panel to the Department of Energy is still waiting to hear about its last assessment of how the agency is doing in its support of U.S. energy storage technology. AES Corp.

A key advisory panel to the Department of Energy wants to move ahead on a biennial assessment required by law of how the agency is doing in its support of the U.S. energy storage technology.

But the committee is waiting to hear back from DOE on its response to recommendations in its last report from 2016 before it can move ahead in earnest, said Ramteen Sioshansi, a professor at Ohio State University and the chairman of the Energy Storage Subcommittee of DOE’s Electricity Advisory Committee (EAC).

The storage subcommittee submitted its 2016 assessment in September of that year. The report made recommendations in 15 areas, ranging from program goals, demonstration projects and funding to the economics of energy storage and its interplay with current electricity market designs.

Typically, DOE has responded to such reports from the EAC or its subcommittees in a matter of months, accepting or rejecting recommendations.

"There was a lengthy transition period so I can understand some things may be taking a little longer to get out of the department, so that’s understandable from my perspective," said Sioshansi. "I understand there are a bunch of eyes looking at [the response]," he added. "They want to put out a response that they’re happy with."

The biennial assessment on energy storage is required by the Energy Independence and Security Act of 2007. It is supposed to evaluate how DOE is meeting the goals of a five-year plan to support energy storage industry efforts in electric drive vehicles, electricity transmission, and distribution and stationary applications.

At the meeting of the EAC in Arlington, Va., last week, during a segment on regulatory reforms, members of the committee were presented with a list of options, among which were doing away with the five-year plan and the assessments every two years.

"These two-year and five-year assessment are statutory requirements. I don’t know that we could unilaterally decide not to do them," Sioshansi said, adding that it likely would take congressional action to cease.

"However, based on conversations with people at DOE, I’m optimistic we’ll be getting a response to ’16 assessment to be able to inform the ’18 assessment," he said. A DOE official at the EAC meeting confirmed the agency is endeavoring to get Sioshansi’s subcommittee a reply.

A reply would be helpful, Sioshansi said, insofar as if DOE were to say "we’re going to make some changes to address the recommendations that you made, we could incorporate that into our ’18 assessment or look and see where DOE is addressing a recommendation that we made that is bearing fruit. That’s why it would be beneficial to have a response," he said.

Sioshansi was encouraged by a remark made to the EAC on Feb. 20 by Bruce Walker, DOE’s assistant secretary for electricity delivery and energy reliability. He said energy storage was one of five priority areas for his office.

Storage may be a priority for Walker, but the White House sees it differently.

Like Sioshansi, Kelly Speakes-Backman, CEO of the Energy Storage Association, is encouraged by the posture on storage coming out of DOE leadership.

"All indications that I have from my dealings with the Department of Energy is that they are interested in where storage can play and the role that DOE can play in helping this industry along" in the electricity marketplace, Speakes-Backman said.

The status of the biennial review was among a number of storage-related updates Sioshansi provided to the EAC.