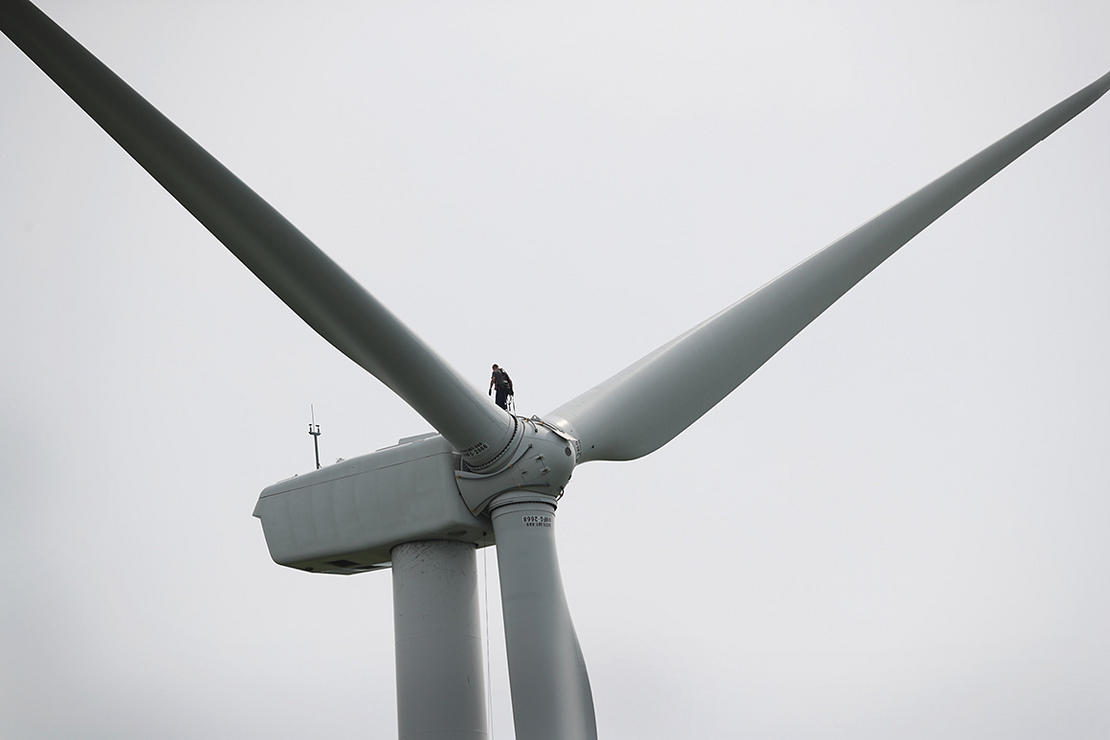 Much of the fossil fuel industry continued to hemorrhage jobs last year, even as employment in the electric car sector increased dramatically, according to a report today from the Department of Energy.

This year’s report considered how the nation’s energy workforces fared in 2021 and found that most of them grew at a modest clip: Overall, energy sector jobs were up 4 percent, with electric vehicles being a standout. Employment in the electric car sector exploded 26 percent, while jobs related to hybrid cars rose 20 percent. In comparison, electric vehicle jobs grew only 8 percent in the prior year’s report.

Still, energy industries have yet to fully recover from the drubbing they took during the height of the Covid-19 pandemic. More than 840,000 energy-related positions vanished by the end of 2020. In 2021, less than half of that total — around 300,000 — reappeared, according to the report.

In many corners of the fossil fuel industry, workforces grew slimmer. Jobs in coal and petroleum fuels — including extraction, manufacturing but excluding power generation — fell by almost 12 percent and over 6 percent, respectively, in 2021, resulting in roughly 46,000 lost positions. Only natural gas saw a rebound, with jobs growing 1.6 percent.

The American Petroleum Institute and the American Gas Association did not provide comment.

On a press call yesterday, Energy Secretary Jennifer Granholm emphasized that over 40 percent of the energy job growth last year was in “net-zero aligned areas,” ranging from clean energy and EVs to energy efficiency and storage.

“The jobs are growing in industries we need to support a 100 percent clean power sector,” Granholm said, noting “whopping” growth in EV jobs. “That is a key takeaway from this report.”

With fossil fuels, she said, the jobs decline “underscores the crucial nature of our investments in economic diversification and in high-quality job creation within fossil fuel communities, especially coal communities.”

Despite last year’s decline in jobs, DOE is “encouraged” this year by an increase in U.S. fossil fuel production, Granholm added. “We expect that these numbers will probably modulate a bit,” she said. “In 2022, you’ll see an increase in employment that corresponds to the increase in supply.”

“Clearly, the president has set forth a goal of getting to net zero by 2050. So there is a period of transition here. And it’s ‘net,’ so no one is suggesting that fossil fuel jobs, that the fossil fuel industry is going to be completely eliminated even as the globe is transitioning to clean energy. We need to have supply meet demand, and that’s the bottom line, and it doesn’t at this moment, so we want to see an increase in supply. But ultimately, most project there will be a demand curve that comes down. And this transition will happen,” she said.

Last year’s report largely took stock of the pandemic’s effect on the energy sector, finding that energy jobs had fallen 10 percent at the end of 2020 relative to the year before.

At the time, Granholm sought to raise expectations for clean energy growth. If the Biden administration’s climate agenda were passed by Congress, it would result in “unprecedented job growth in clean energy” in 2022’s report along with “every year after that,” she said then (Energywire, July 20, 2021).

Much of President Joe Biden’s agenda, including a clean energy standard for electricity, has been stymied by Congress. In 2021, job growth in many renewables remained far below the rate that some experts say will be necessary to achieve the administration’s goal of a carbon-free grid by 2035.

For wind, job growth was 2.9 percent last year, while for solar, it was 5.4 percent. Hydropower, bioenergy and geothermal positions increased anywhere in the 2 and 3 percent range, and nuclear power generation jobs declined over 4 percent.

One advocacy group, the American Council on Renewable Energy (ACORE), praised the renewable sector for installing record amounts of new capacity the previous year — a fact not represented in the DOE report. The groups said that energy growth translated to “more high-quality jobs for more Americans.”

In a statement, Gregory Wetstone, ACORE’s president and CEO, said that “in the face of significant COVID-19 headwinds and a largely unhelpful Administration, the renewable sector demonstrated its resilience” with its growth.

ACORE is one of several renewable trade groups that disagreed with the administration over a Commerce Department probe into new tariffs on solar imports from four Southeast Asian countries (Energywire, June 7).

Electric vehicle advocates, meanwhile, said they were pleased with the report’s conclusions about battery vehicles.

“This is just the front edge of what has potential to be a big boom,” he said.

Across the energy sector, women made up only a quarter of the energy workforce, compared with 47 percent of the country’s entire workforce. And most industries had lower-than-average percentages of Black and Latino workers. “There are no technologies where Black workers are represented proportionally to their overall representation in the U.S. workforce,” the report said.

For clean energy, that picture often didn’t change much: In wind and solar, for instance, women made up only 30 percent of the workforce. And although wind and solar workers were more likely to be either unionized or represented by a project labor agreement than workers in the wider economy, their workforces had below-average concentrations of Black employees.

One progressive group, Jobs to Move America, expressed concern over the patchy levels of diversity in clean energy industries, “especially for people of color and women.”

“However, we are encouraged by the strong initiatives that the DOE has been taking to encourage companies to commit to good jobs and racial equity in U.S. clean energy infrastructure,” said Paola Rodelas, the group’s spokesperson, in an email.