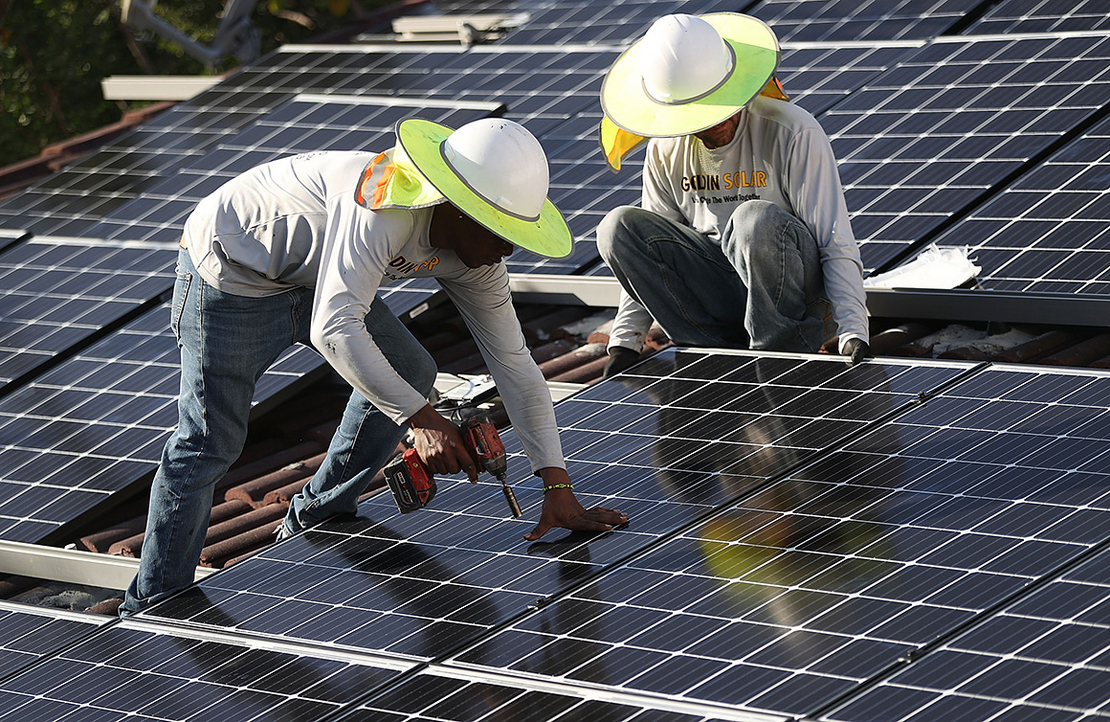 Recent challenges facing wind and solar likely won’t sink their longer-term progress in the United States, as industries figure out ways to keep the cost of renewable power on a downward slope, according to a new peer-reviewed analysis from Lawrence Berkeley National Laboratory.

Three Berkeley Lab researchers assessed how well the wind and solar industries have performed based on the historical prices of renewable electricity, and then used the findings to project how renewables’ levelized costs of energy would decrease through 2050.

The team found that every time utility-scale wind capacity doubles in size, its levelized cost of electricity will decline by 15 percent. For big solar projects, that decline will be even steeper, at 24 percent, according to the analysis published in iScience journal in May.

Wind, for its part, could hit $24 per MWh, down from $32 per MWh two years ago, according to the analysis.

The projection of plunging costs may seem to clash with the recent reality of wind and solar, whose economics have been battered by soaring commodity prices and trade policy pressures. The price of wind turbines rose 9 percent last year, for instance. And the cost of power purchase agreements rose across all of the U.S.’s electricity markets, according to industry analyses (Energywire, May 17).

The solar industry has been particularly vocal about its endangered growth, which it linked to a Commerce Department probe into new import tariffs. Earlier this week, the solar industry said a “substantial amount” of solar had been lost because of the Commerce move, despite a tariff waiver by President Joe Biden to ease pressure on the industry (Energywire, June 8). In April, the president of the Solar Energy Industries Association, Abigail Ross Hopper, said the probe had plunged the industry into its “most serious crisis” in history (Energywire, April 6).

The Berkeley Lab analysis — which was based on nationwide, plant-level data from 1982 through 2020 — did not factor in those recent problems.

Yet the researchers wrote that they expected both renewable industries to adapt and return to slashing costs again, judging from their past track record.

“The main takeaway here is, the moment we’re in now is probably only a temporary blip,” said Mark Bolinger, an electricity markets researcher at Berkeley Lab and lead author of the study. Wind and solar costs could still drop to levels consistent with Biden’s 2035 goal, he said. Biden has called for the grid to be decarbonized by that year.

Troubles have hit renewables in the past, he pointed out. In the late 2000s, the levelized cost of electricity for wind and rose rose, as prices spiked for wind turbines and solar inputs like silicon. Those price hikes raised the costs of installing projects. But once markets righted themselves in the early 2010s, wind and solar entered into a period of accelerated “learning” that ended up offsetting the earlier period of stagnation, according to the study.

“I’m not saying we’re in a period that totally mirrors what we saw back then, but this has happened before,” said Bolinger.

The learning rate of wind and solar, as characterized by the authors, incorporated a long list of on-the-fly adjustments. Turbine technicians can figure out how to maintain equipment quicker and more efficiently. Manufacturers can churn out more products cheaply. Installation teams can build panel arrays or turbines more rapidly, with less manpower. And financiers shell out loans for slimmer rates of return.

“Even though costs are increasing, and right now we’re in this weird period, this study does provide some reason for optimism that we’ll get through this, and costs will continue to decline — perhaps making it easier to hit those 2035 goals, or whatever they are,” said Bolinger.

The team’s analysis was notable in part because of the size of the sample. Data from about 87 percent of the U.S.’s utility-scale solar and wind projects were considered.

Wind has long had a faster learning rate than solar, the team found, likely because turbines have had a longer life in the U.S. But the two resources’ learning rate converged in 2020, with solar’s advances expected to accelerate more quickly in coming years.