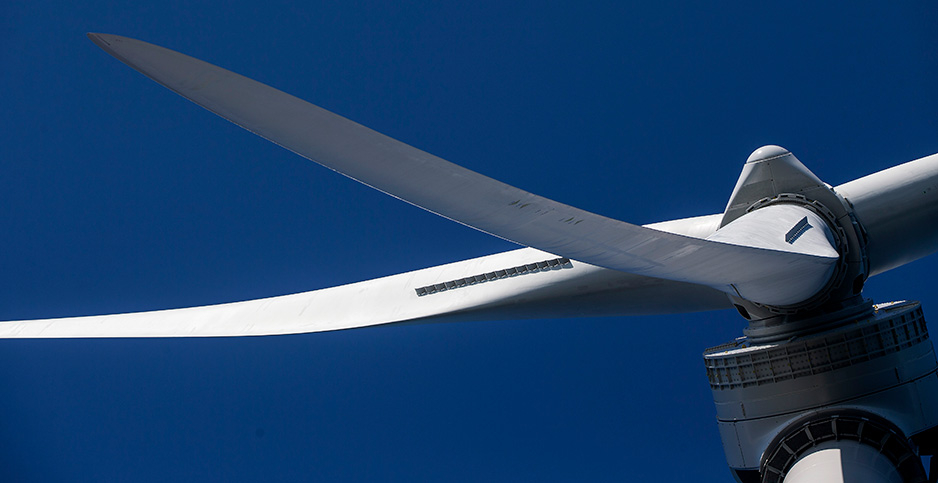 Federal officials are launching new collaborations aimed at heading off challenges to the offshore wind industry following the approval of the nation’s first full-scale project this week.

Speaking at an industry forum yesterday, officials from the Department of Energy, Interior Department and Federal Energy Regulatory Commission cited the need to prepare the grid and avoid transmission bottlenecks, jump-start U.S.-made supplies of turbine parts and at-sea installation vessels, and draw up the first industry-specific standards for workplace safety and environmental protection.

They announced plans for a multiagency road map for the offshore wind supply chain and signaled that DOE’s loan program could tap parallel support from other agency loan programs to boost the industry. Amanda Lefton, director of Interior’s Bureau of Ocean Energy Management (BOEM), said the agency intends to complete review of construction and operation permits of at least 16 offshore wind projects within four years.

The comments came two days after Interior signed off on final permits for the 62-turbine Vineyard Wind project near Massachusetts (Greenwire, May 11). That approval represented a "historic step" for the U.S. industry, said Lefton.

But the Biden administration has a goal of getting 30 gigawatts of offshore wind online by 2030 — a huge pipeline of projects that is likely to bring on new risks and spark new joint agency efforts, officials said.

Looming over those challenges is the question of how to connect new projects to the grid.

Industry advocates have been waving red flags about the need to plan transmission networks that would serve multiple wind sites, instead of letting turbine developers figure out their own grid connections on a project-by-project basis. Eventually, they say, the East Coast will run out of suitable places to interconnect, resulting in higher costs and raising risks of project delays.

On Wednesday, the Business Network for Offshore Wind released a new brief calling for state and federal governments to fund limited upgrades over the next year to 18 months and immediately convene a multistate roundtable to develop an interregional solution.

New Jersey’s utility regulator is already taking proposals for a transmission "backbone" for multiple sites, but a bigger, interstate network could raise its own issues — in particular, who pays for what.

Biden administration officials have hinted that it is likely to embrace some kind of new transmission solution, although it’s unclear what that may be.

David Rosner
, staff analyst at FERC, said yesterday that the commission had seen general agreement within the offshore wind industry that continuing the current "piecemeal" project-by-project approach for transmission would end up being "inefficient and expensive in the long term."

The commission sees the problem as "urgent," he added.

One possible tool for solutions could be loans from the Energy Department’s Loan Programs Office, officials said.

Jigar Shah, LPO’s director, said at the forum that funding offshore wind transmission networks would be "pretty straightforward for us to do."

But he also suggested that developers might jazz up their applications — and make them more cost-effective — by pairing them with renewable hydrogen production or aquaculture facilities, which would be first-of-their-kind projects in the U.S.

Such ideas are "turning out to be some of the lowest-cost ways of accommodating that much offshore wind power," he said, adding that the office was "looking at a far broader suite of solutions."

LPO has also been "coordinating closely" with Department of Transportation officials about the possibility of tapping DOT’s Title XI loans for financing shipbuilding, said Shah. Those might help create a shared fleet of installation vessels — which can easily cost half a billion dollars — for the offshore wind industry to use.

He and other administration officials also called for more joint agency efforts.

"Unless federal agencies are able to break down barriers between their respective missions and focus on the overall goal and be on the same page, you get the kind of stagnation we suffered through in the last couple of years" for offshore wind development, said Jim Bennett, BOEM’s program manager for renewables, who served in his position throughout the Trump administration.

One such effort, announced by DOE’s acting Assistant Secretary Kelly Speakes-Backman at the forum, entails the creation of a new road map for building offshore wind’s supply chain in the U.S.

That road map will come about as a collaboration among DOE; the National Renewable Energy Laboratory; consultant DNV; energy agencies in Maryland and New York; the public-private partnership known as the National Offshore Wind Research and Development Consortium; and the Business Network for Offshore Wind, an industry trade group, said Speakes-Backman.

NREL and DNV, the project’s lead analysts, will survey the U.S.’s domestic supply chains for turbine parts and map out its strengths, weaknesses and potential.

2050 is in DOE’s sights, Speakes-Backman said. The administration wants to have 110 GW of offshore wind online then.

"We see the 30-GW goal really as a stepping stone, she said.