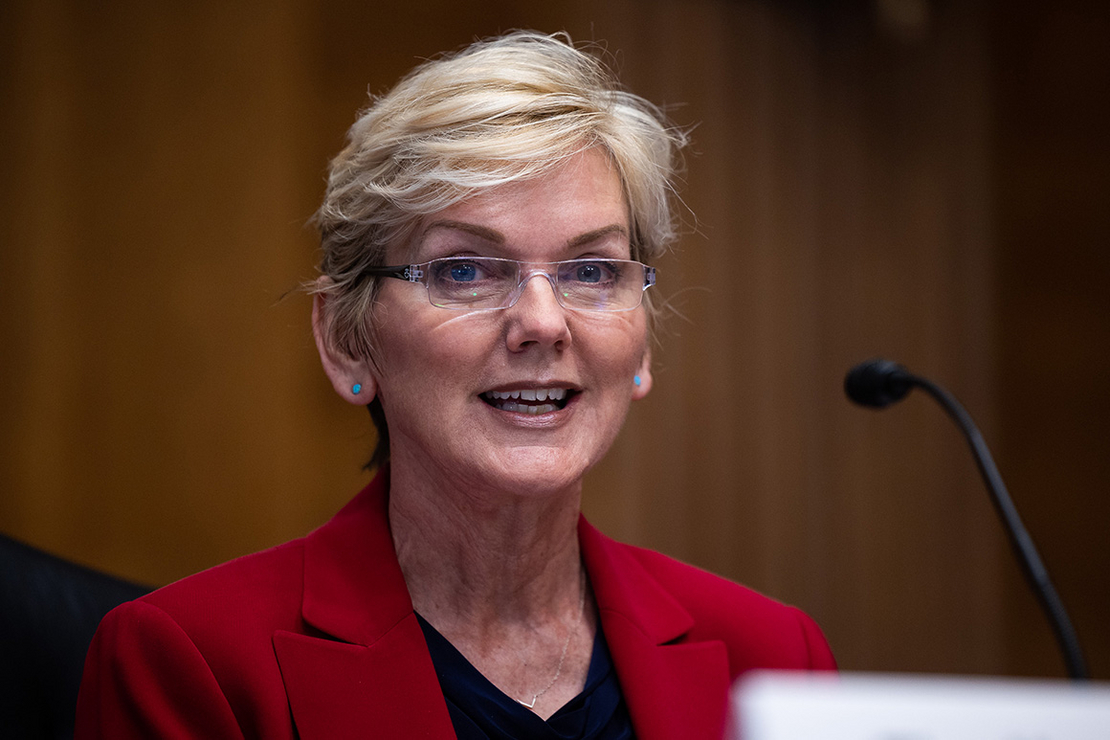 The Department of Energy is set to announce a new leadership structure today that would focus much of the agency’s infrastructure law responsibilities under a new undersecretary position.

The reorganization comes as DOE grapples with how to best spend about $62 billion as part of last year’s bipartisan infrastructure law to help deploy emerging clean energy technologies and bolster the grid.

“These structural changes set DOE up for success in carrying out all of our missions — and to carry them forward for the coming years and decades,” Energy Secretary Jennifer Granholm said in a statement.

The new undersecretary for infrastructure will need Senate confirmation. Tasks will include oversight of the Loan Programs Office; the Office of Indian Energy Policy and Programs; the Office of Clean Energy Demonstrations; the Office of Cybersecurity, Energy Security and Emergency Response (CESER); and the Federal Energy Management Program.

The undersecretary will also be responsible for $3.5 billion set aside for the department’s weatherization assistance program, originally housed within the Office of Energy Efficiency and Renewable Energy.

The Grid Infrastructure Office will be responsible for deploying DOE’s new grid transmission authorities in addition to implementing incentives for hydropower and existing at-risk nuclear reactors.

The Office of Manufacturing and Energy Supply Chains will implement provisions related to critical minerals, advanced manufacturing and battery recycling. The State and Community Energy Program will help with outreach for doling out the infrastructure dollars.

“Our strategic realignment optimizes the world-class expertise of our talented staff,” Granholm added. “It builds new efficiencies across our enterprise and will maximize our ability to accelerate the technologies needed to grow clean energy jobs and fight the climate crisis.”

Statutes governing DOE operations give department leaders wide latitude to reorganize operations without congressional approval. They are allowed as many as three undersecretary positions.

“The issues with reorgs that are hard on people is when you’re sort of pulling teams apart, so we’ve really sought to minimize those types of changes,” said Kathleen Hogan, principal deputy undersecretary for infrastructure. “[This change] is these big boxes that are either at the assistant secretary level or director level.”

DOE reorganizations have been common in recent years, with secretaries looking to make a lasting mark on the department. Former Energy Secretary Ernest Moniz, for example, reshuffled leadership in 2013 to address nuclear cleanup concerns and climate change.

The Trump administration undid those changes under its first secretary, Rick Perry, opting to focus the three undersecretary positions on weapons, science and energy, respectively, with the goal of promoting “energy dominance.” That effort included a new breakout office for CESER.

The Biden administration’s infrastructure focus, officials told E&E News this week, is meant to be long term. That’s because the agency has years to spend more than $60 billion allotted by Congress last year.

The leadership changes should have bipartisan backing, officials said, especially considering strong support from both Republicans and Democrats for the Energy Act of 2020 and the infrastructure law.

“This is really a historic moment where Congress in a bipartisan way has blessed and expanded a more robust mandate for DOE to take on these challenges, and this structure will do exactly what the leadership of both parties think is the direction for the department,” said Jeremiah Baumann, DOE’s deputy chief of staff.

The new law gives DOE authority to add 1,000 new hires to bolster existing staff. The infusion of 1,000 workers would mark the largest staff expansion since the department’s founding in 1977.

“Part of our thinking was, let’s build what’s right,” said Hogan. “Let’s not bring a bunch of people in and then realign them later.”

She added, “We also are doing this in as methodical way as we can so that it’s a build, and we’re going to do it step by step because we know everybody is sort of doing a few jobs right now until we can build out. And we don’t want this to be a third job, or additional job, that people have to focus on.”