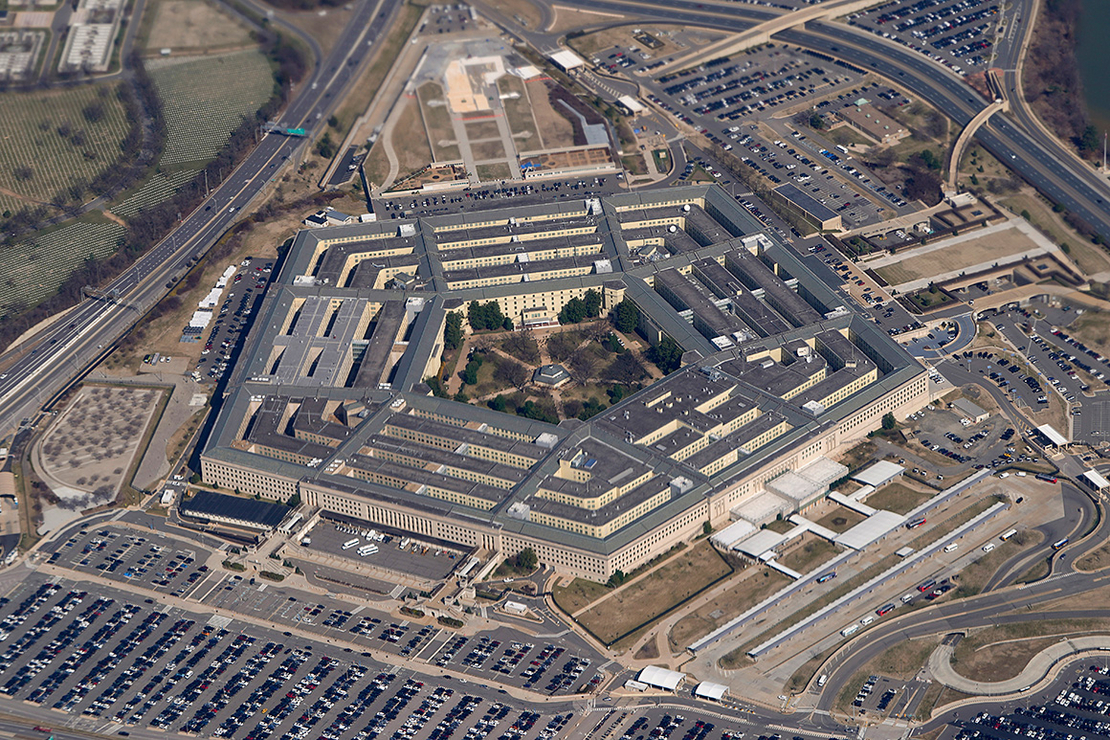 The Pentagon is seen from Air Force One earlier this month. AP Photo/Patrick Semansky

Utilities that provide electricity to U.S. defense installations say an Energy Department program meant to ensure that the military can power its bases and fight wars is confusing and ineffective.

In a new report for DOE, authored by a former Pentagon official, utility executives said the Defense Department and DOE are too often working at cross-purposes in efforts to secure what’s called “defense critical electric infrastructure.”

In interviews for this report, utility officials said there has been little follow-up since then. And it isn’t clear what kinds of upgrades might be necessary to secure infrastructure against hacks or other disruptions. Utility officials were quoted but not named in the report.

“No one is sure what exactly the goal is here,” one person interviewed for the report was quoted as saying. “We aren’t opposed to further steps, but what are DoD and DOE trying to achieve here? That needs to be clearly articulated so industry can provide recommendations on how best to achieve [those goals].”

The report comes after President Biden on Monday warned that Russia has begun “exploring options” to attack U.S. critical infrastructure (Energywire, March 22). The target list could include utilities that provide electricity to key military facilities.

A March 18 FBI bulletin warned that activity tied to Russian IP addresses had been detected on the computer systems of five energy companies, according to reporting by CBS News.

Paul Stockton, former assistant secretary of Defense for homeland defense and the principal author of the report, said that given the Russian threat, “resilience is of paramount importance” to energy companies that serve U.S. military bases.

Utility officials said coordination between the departments of Energy and Defense can be confusing. Both reach out for information requests. “It is not clear ‘who has the ball,'” the report said, quoting one utility official. “We feel whipsawed,” said another person quoted in the report.

Protecting key military installations from hackers who could turn out the lights for American soldiers requires coordination among a slew of grid regulators and private companies. That process gets more complicated when both DOE and the Pentagon are pulled into decisions about how much money to spend on substation upgrades.

DOE has improved coordination with the electricity industry since 2019, said the report, despite the concerns. The program is now under DOE’s Office of Cybersecurity, Energy Security and Emergency Response (CESER).

Some regional transmission organizations and independent system operators told Stockton they feel left out of the process almost entirely, according to the report.

Funding issues are a key concern. Utilities said they don’t believe they should be passing investments tied to national security on to to their broader base of paying customers. The federal government, they said, should help absorb those costs (Energywire, Nov. 30, 2020).

The report quotes one person’s indignation: “The Pentagon never imagines that it could get F-35s for free,” said the unnamed source in the report. “Yet somehow DOE thinks that it can get additional substations for free.”

One concern is that smaller utilities have less resources to beef up security or to reinforce electric reliability.

The report offered a series of recommendations. One is to create a dedicated team inside DOE’s cybersecurity office as the main point of contact to improve coordination with the industry and DoD. The report also noted the importance of clarifying the goals for improving electricity infrastructure around military bases.

The report recommended that both Defense and Energy should explore options for federal funding of new investments.

“Every one of the responsible utilities I gathered data from emphasize their commitment to strengthening [defense critical electric] resilience, partnering with the Department of Energy, and just supporting national security,” Stockton said.