DOE program may save — or thwart — Biden’s energy plan 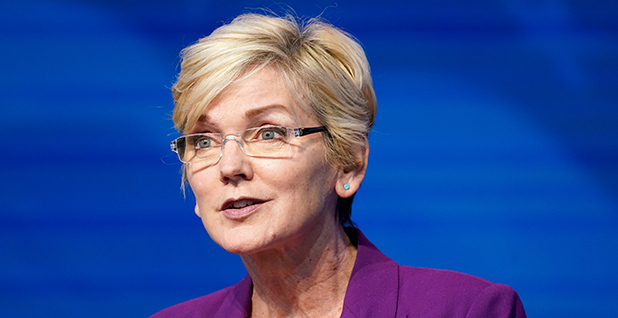 A Department of Energy program considered critical to President Biden’s clean energy agenda is changing focus — and may open the administration to political attack, analysts say.

When Biden was vice president, the Energy Department’s Loan Programs Office (LPO) distributed tens of billions of dollars in loans and loan guarantees intended to scale up new clean technologies. The office helped launch the first utility-scale wind and solar farms in the country. And it made a $535 million loan to Tesla Inc., now the world’s most valuable automaker, to open its first factory in Silicon Valley.

After more than a decade of loan-making, the LPO has collected more in interest than it has lost to project failures, giving it a respectable record by Wall Street standards. It has also gone close to dormant.

After high-profile disappointments like the bankruptcy of solar producer Solyndra — which received a DOE loan in 2009 for $535 million — Republican leaders pilloried the office’s work as cronyist and speculative. The Trump administration’s budget directors have closed on loan guarantees for just one project, the Plant Vogtle nuclear units in Georgia.

Yet as Biden takes office, the LPO is sitting on a pile of money: About $43 billion in loan authority remains available for "innovative" low-carbon technologies, clean vehicles and energy on tribal lands.

For DOE, the loans could be a central lever for speeding the energy transition and restarting the economy — particularly if broader legislation has trouble getting through Congress, say policy experts on both sides of the aisle.

"If you’re looking at the spectrum of things the administration can do no matter what, the loan program is one of them," along with stricter regulations on greenhouse gas emissions, said Joe Britton, executive director of the Zero Emission Transportation Association, which lobbies for clean vehicles. "[Biden] is going to have near-uniform authority to go in and use the loan program."

Many experts say they think Biden will move quickly to get money out the door.

In a memo of top recommendations for the first 100 days, former Obama administration officials and Biden’s new chief of staff at EPA have urged Biden to "prepare DOE to administer" the loans. Prior to Biden’s inauguration, Marlo Lewis, a senior fellow at the conservative Competitive Enterprise Institute, said he expected Biden to take action quickly.

But there are signs that ideological battles could resurface.

The stimulus relief and appropriations omnibus that passed at the end of last year, for instance, included language shaving off $1.9 billion from the debt costs that the federal government can shoulder in association with advanced vehicle projects, at the behest of Republicans. That could foreshadow revived conservative scrutiny on what happens to taxpayers’ money used to back clean energy loans.

While Biden’s DOE could move loans without GOP support, history suggests the loans would be a quick target for Republicans, particularly if any new financial support from DOE is called for in a package that moves through Congress. Solyndra, for instance, still is frequently mentioned in criticisms of government energy spending. Since Biden’s election, it has appeared in op-eds published by the Chicago Tribune‘s editorial board and by staffers at the free-market American Consumer Institute, for instance.

In an April 2020 op-ed, George W. Bush adviser Karl Rove said the 2009 stimulus during the Obama administration was full of supposedly shovel-ready programs that "ended as badly as Solyndra’s balance sheet" (Energywire, May 7, 2020).

"As I see it, these sorts of programs are well-suited to this marriage between big government and big business, which causes folks like me to be skeptical. I think these programs will be as much about practical politics, and paying off your friends, as they are about making changes to the environment," said Chuck DeVore, vice president of policy at the Texas Public Policy Foundation.

"I’m going to guess that there’s going to be some stupid misstep like we saw with Solyndra, because that’s the nature of these things," he added. "It’s almost inevitable."

Moving beyond wind and solar

If and when the Loan Programs Office begins making new awards, the wind and solar industries may not be major beneficiaries, having already planted deep roots in America’s energy ecosystem, according to former energy officials from the Trump and Obama administrations.

This time, batteries and their mineral inputs, along with the electric vehicles and storage applications that use them, are widely expected to emerge as a chief technological priority of the office. That expectation was encouraged by loan office guidance issued last month favoring critical minerals projects, as well as the nomination of Jennifer Granholm as Energy secretary.

When governor of Michigan from 2003 to 2011, Granholm helped broker the Obama administration’s bailout of the auto industry, noted Tristan Abbey, a former Republican policy adviser for the Senate Energy and Natural Resources Committee and former energy staffer on President Trump’s National Security Council.

"In general, [her nomination] is supportive of the theory that they’re going to focus a lot on batteries," Abbey said.

Efforts to launch a domestic battery industry would dovetail with the aims of energy officials in California, who have funded pilots to extract lithium from geothermal brines and say they want to eventually host material processing and battery production plants in an impoverished corner of the state.

The United States’ dependence on Chinese supply chains for lithium-ion batteries, which are also used by the military and in consumer electronics, has riled concerns among Republicans, giving the clean energy issue a certain degree of national security credibility. Despite past conservative objections, that could open the door to bipartisanship on DOE loans, some say.

"The loan programs could be very important for Biden’s battery agenda — especially because that’s a place where he could find GOP support," said Abbey.

One area of likely consideration for the Loan Programs Office, Abbey added, could be the processing of raw minerals to prepare them for use in batteries. "The Chinese import dependence is also on the processing side. Even if we were to extract more minerals, we’d have to ship them to China to process. That’s a missing piece of the puzzle," he said.

DOE has also taken recent steps indicating it will expand on the Trump administration’s focus on creating domestic supplies of battery minerals.

This month, the agency said it was creating a new division of minerals sustainability under an existing fossil energy office, with the intent of reusing minerals from fossil fuel waste streams that could power electric vehicles, next-generation nuclear, renewables and other technology.

That followed the December guidance from the Loan Programs Office, which clarified critical minerals’ eligibility for loans and loan guarantees. Officials said they would give special consideration to those projects, which could include new techniques for extracting key battery minerals like lithium (Energywire, Dec. 2, 2020).

Gene Berdichevsky, chief executive at Sila Nanotechnologies, said he was optimistic that companies like his would qualify for a loan. The startup makes a silicon anode that can be incorporated into batteries to improve their energy density. It has won grants from DOE’s Advanced Research Projects Agency-Energy (ARPA-E) to scale up production for electric vehicles.

"The ability of the incoming administration to bring [the loan] program back is going to be incredibly valuable," said Berdichevsky.

On Jan. 13, electric truck maker Lordstown Motors Corp. announced that its outstanding application for a loan was moving along at the LPO.

Steve Burns, the company’s chief executive, said in a statement that the funds would "enable us to increase production capacity" for its Endurance pickup truck while "simultaneously advancing research and development of future vehicles."

Still, the December guidance clarified that the office’s loans could support numerous other low-carbon technologies as well. Hydrogen fuel cell and biofuels advocates have expressed interest in the program to lawmakers, according to lobbying disclosures.

Advanced nuclear and fossil energy technologies enjoy special set-asides: $10.9 billion in guarantee authority for the former, and $8.5 billion for the latter. That’s compared with $17.7 billion for advanced vehicles and their components, which may be the central source for battery technologies.

In one early November letter to Congress, 30 companies spanning virtually every kind of low-carbon power and transportation asked for greater flexibility on the fees charged to loan applicants — a request that was granted in the Energy Act of 2020.

That letter hailed the loans as "one of the most vital programs to advance America’s clean energy economy" and called them "the best and often only way" for innovative technologies to find widespread deployment.

Other groups are planning to press for additional expansions of the loan programs. The National Association of State Energy Officials, for instance, wants state-run energy financing programs to become eligible. And some former DOE officials who served under Democratic presidents are retaking decade-old calls for an entirely new federal financing agency for deploying clean energy.

All that comes at a time when corporations like Amazon.com Inc., billionaire investors like Bill Gates and ARPA-E have pledged more money and resources toward commercializing energy prototypes. That’s partly in response to the International Energy Agency’s warnings that much of the global CO2 emissions reductions necessary for a net-zero energy system will have to come from technologies that aren’t in widespread use yet.

Some former Energy officials say they believe the partisan politics around the LPO loans have evolved, too.

"I think the politics are completely different today from what they were when I headed the agency," said Jonathan Silver, who directed the LPO for a prolific three-year period under Obama.

Correction: A previous version of this story stated that the Energy Act of 2020 rescinded $1.9 billion in advanced vehicle projects’ debt costs; that provision was in the appropriations section of the wider omnibus that also included the Energy Act.