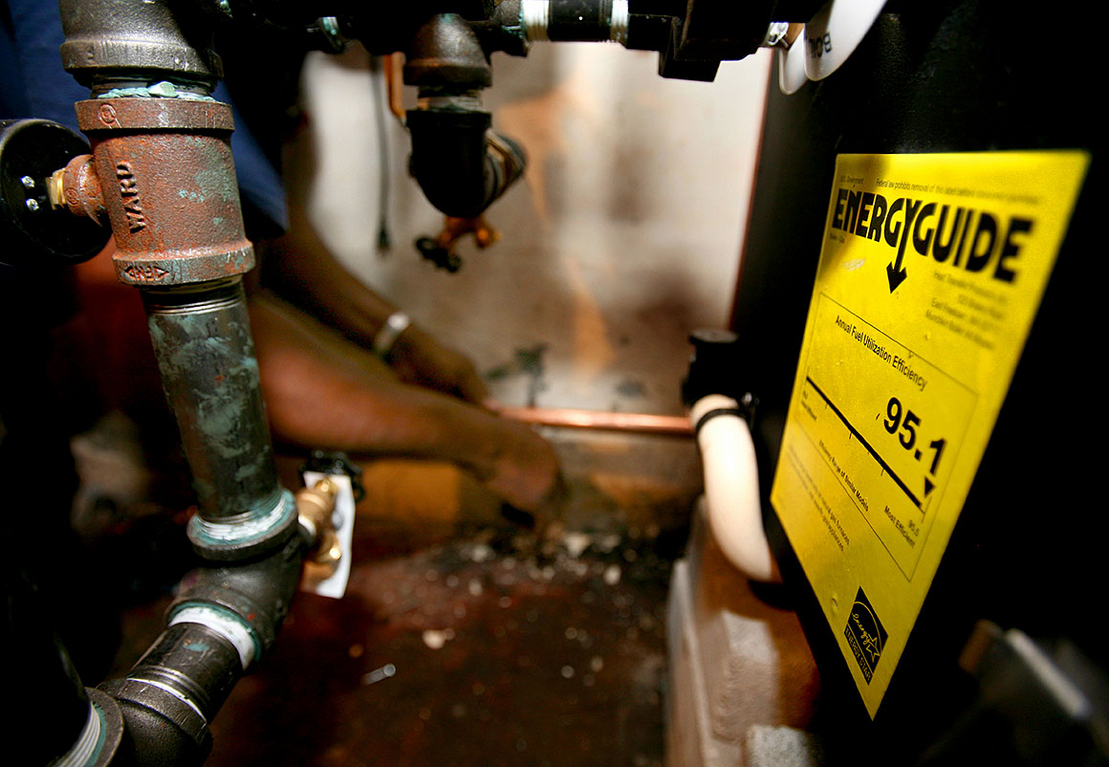 The Biden administration proposed a rule this week to revoke a Trump-era plan limiting the energy efficiency of common furnaces and water heaters that are significant sources of greenhouse gas emissions from buildings.

The move would allow the administration to potentially establish new standards for all home water heaters, gas furnaces and boilers, which are commonly powered by natural gas. Federal efficiency standards for furnaces haven’t been updated since 1987, and water heater standards were last updated in 2010, according to the Appliance Standards Awareness Project.

Issued by DOE under former President Trump, the existing rule separates less-efficient furnaces and water heaters into a distinct product class, making it harder to phase them out of the market. By classifying less efficient “noncondensing” technologies used in some space and water heaters as “performance-related features,” DOE effectively cannot pass regulations to eliminate them, energy efficiency advocates said.

“It’s a backdoor way of trying to prevent standards from being strengthened past a certain point,” said Joe Vukovich, an energy efficiency advocate in the climate and clean energy program at the Natural Resources Defense Council.

In implementing the current rule, DOE under Trump said its classification of noncondensing technologies as “features” of the appliances was consistent with Congress’ mandate when it passed the Energy Policy and Conservation Act (EPCA) in 1975 (Energywire, Jan. 15).

But the department said in its proposed rule that the prior administration was in error.

“Tying the concept of ‘feature’ to a specific technology would effectively lock in the currently existing technology as the ceiling for product efficiency and eliminate DOE’s ability to address technological advances that could yield significant consumer benefits in the form of lower energy costs while providing the same functionality/utility for the consumer,” DOE wrote in its proposed new rule.

The rule would have DOE revert to its previous interpretation that did not classify noncondensing technologies as “performance-related features,” subjecting products with those technologies to the same regulations as the more efficient ones.

Natural gas advocates have argued that forcing consumers to adopt furnaces and water heaters that use condensing technologies could be expensive, since they generally cost more to purchase. In 2018, a coalition of groups representing the industry, along with the Missouri-based natural gas utility Spire Inc., petitioned for the interpretive change that the Trump administration ultimately granted in part.

“The American Gas Association is supportive of the previous Department of Energy interpretive rule, and we will be filing detailed comments on the proposed change,” AGA, one of the groups behind the 2018 petition, said in a statement. “AGA and our members are committed to helping address climate change and believe that Americans should have access to the affordability, reliability and safety delivered by natural gas.”

Nonetheless, DOE this week said the rule enacted under Trump went against the agency’s precedent for determining what constitutes a “performance-related feature” that cannot be eliminated through energy conservation standards under the EPCA. Historically, DOE has taken a more limited view of how consumers interact with furnaces and water heaters, the agency said.

“There is no noticeable difference to the consumer in access or output based upon the type of technology or venting used by the appliance,” DOE wrote.

Energy efficiency advocates said they hope that the administration will establish new standards for furnaces and water heaters after it finalizes the new interpretive rule clarifying the types of appliances subject to regulation.

“Today’s rule would allow DOE to set strong standards for these products that would provide very large greenhouse gas reductions, as well as savings for consumers,” Mauer said.