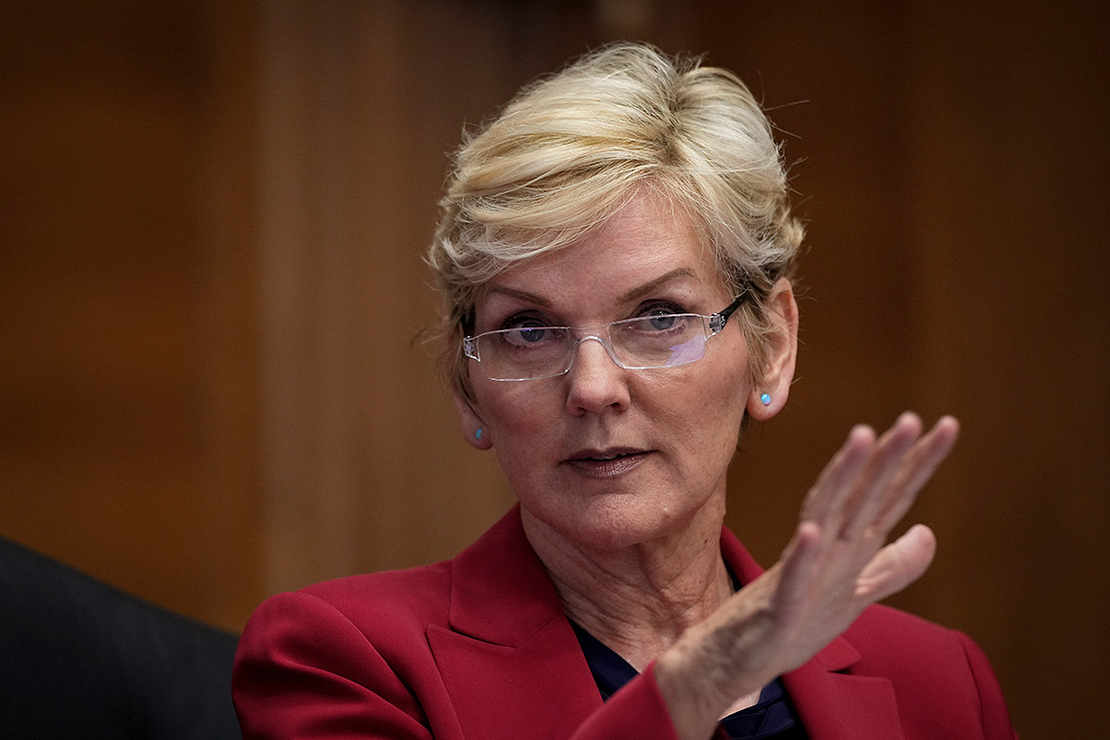 Energy Secretary Jennifer Granholm warned the creators of the nation’s most widely used model for building energy codes yesterday that their work could be sliding toward "irrelevance" in addressing climate change, signaling that a once-obscure policy area is becoming a flashpoint for debates about cutting emissions.

Granholm’s comments came in a recorded speech that was aired at an annual meeting of the International Code Council, a nonprofit group whose model codes are often voluntarily adopted by states and cities.

ICC’s latest codes for buildings’ energy use, which are now being promoted by the Energy Department, call for a nearly 10 percent increase in efficiency. But they exclude other provisions that would have prepared new homes for electric vehicles and electric appliances for space and water heating, after natural gas and real estate associations managed to defeat them.

Those industries convinced ICC earlier this year to eliminate an online voting process that had attracted government officials who largely supported the EV and electric-appliance provisions (Energywire, March 5).The elimination caused an uproar from clean energy advocates, who accused ICC of "changing the rules in the middle of the game" when the decision was made last March.

Now, as ICC begins to draw up its next model codes, Granholm is leaning on the council to reverse course and give state and local governments a greater hand in shaping the standards.

"I’ll be honest: Shutting stakeholders out will only drive the resulting codes towards irrelevance," said Granholm in her speech.

Government officials — who range from local sustainability and urban-planning experts to state building-code regulators — were often the very same authorities who adopted and implemented ICC’s codes for energy conservation, she added.

"Without these voices, the process risks overlooking critical steps and, worse, not moving forward quickly enough to meet our nation’s challenges," said Granholm. "And with stakes this high, we can’t afford to shy away from workable avenues for reducing emissions."

The secretary also pledged that DOE would work together with the council, and her speech prompted the biggest trade group for real estate developers to say that "all voices" needed to be heard in the model codes’ formation.

ICC’s current processes "not only allow, but facilitate broad participation," said Susan Asmus, senior vice president of regulatory affairs at the National Association of Home Builders (NAHB), one of the groups that led the effort to scale back the role of government officials.

Clean energy advocates, meanwhile, are planning to propose aggressive changes to the next round of model codes.

Kim Cheslak, an associate director of codes and policy at the New Buildings Institute, said her group would be proposing an all-electric mandate for new homes — meaning that if a state or city chose to adopt the model codes in full, it would effectively be choosing a ban on natural gas, with exceptions for certain uses. "The world is literally on fire — again. We need to advance the book as fast as we can," she said, in reference to the model codes.

Jacob Corvidae, a principal in the carbon-free buildings program at the clean energy advocacy group RMI, noted that the last model codes from ICC had prescribed a "very substantial jump" in overall energy efficiency, compared to those from previous years. But buildings would need far more ambitious measures — including an all-electric policy — in order to meaningfully cut emissions, he added.

Spokespeople for ICC said that the group agreed with Granholm’s call for a more "inclusive" process and noted that the secretary had pledged to "stand by you all the way" in her speech.

"The Code Council has recognized the need for broad participation in the IECC [International Energy Conservation Code] development process and has ensured a wide spectrum of voices are represented on the IECC’s committees," said Gabe Maser, ICC’s deputy senior vice president for government relations, in an emailed statement to E&E News.

Granholm’s remarks gave no clear script of action for how the council might go about returning power to government officials. DOE spokespeople did not respond to E&E News inquiries.

‘A top concern for DOE’?

Other DOE officials previously wrote to ICC in February, urging it not to eliminate the online voting round that had been pivotal for government officials’ participation — since it allowed them to avoid showing up in person during a weekday to cast their ballots.

But RMI’s Corvidae said Granholm’s speech had "elevated with clarity that this is still a top concern for DOE."

ICC’s board of directors could simply restore the online voting process or institute new benchmarks for climate-related improvements to the building energy codes, Corvidae argued.

"Our hope for all this is that the ICC will just step up and deliver something useful," he said.

ICC has begun a new process for drawing up its codes, however, following the appeal from gas industry and developers.

The nonprofit has created a new advisory council for greenhouse gas reductions and pledged to produce appendices on EVs and building electrification. It has also set aside one-third of the seats, on two key committees, for government officials. Those committees vote to approve or reject proposals for the model codes, with one focusing on residential buildings and the other on commercial buildings.

That mirrors the one-third of votes that the ICC once carved out for real estate developers, in previous years’ code-making, via a secret deal that drew rebukes from efficiency advocates once its existence was revealed in a New York Times report.

A larger network of working groups and subcommittees, which will provide advice on code proposals, is still being formed, with its makeup — including its ratio of regulators and industry voices — unknown.

Cheslak of NBI, whose group helped turn out an influx of new voters from government offices during the last code council session, said her group was struggling to figure out how officials could become more involved in the next round of codes, with an October deadline fast approaching for code proposals.

For ICC, she maintained, "there are still opportunities to figure out the best way to engage government officials," adding that the council "needs to take on that responsibility."

"It seems like they’re trying," she said, "but I don’t know that they’ve hit on the silver bullet for what the solution is."