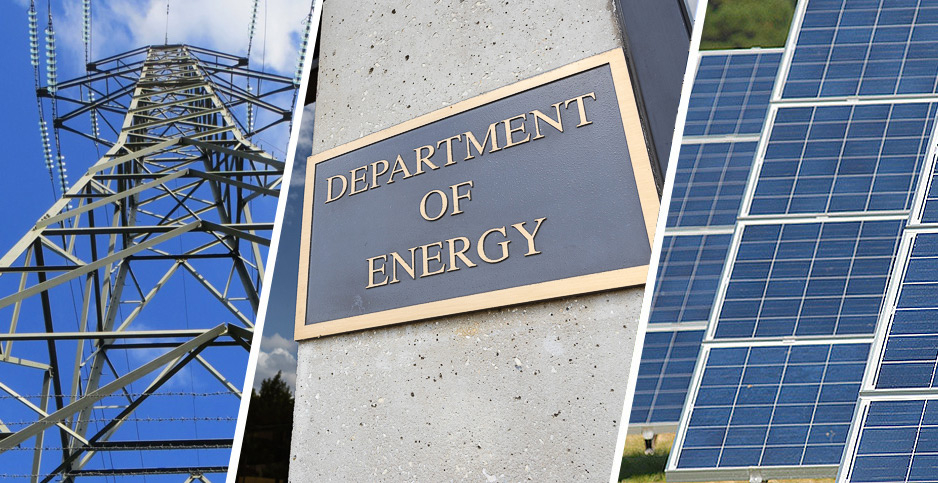 Connecting America’s regional electric grids to create a “supergrid” that stretches across the country would slash the cost of achieving high levels of renewable power, according to a resurfaced Energy Department study that had been shelved by the Trump administration.

The Eastern and Western grid interconnections — now effectively divided by the Rocky Mountains — connect at just seven small junctions, with the capacity to deliver a fraction of the total power produced in each region. DOE’s National Renewable Energy Laboratory, in its study, modeled a different map of the grid: one that has long-distance high-voltage lines connecting remote wind- and solar-producing regions to the nation’s urban centers.

DOE released a statement last week highlighting a September paper from the Institute of Electrical and Electronics Engineers (IEEE) on the NREL study’s major conclusions — the first time the lab’s findings were formally published.

IEEE’s report titled “The Interconnections Seam Study” showed how Sun Belt solar power could be delivered to the Midwest at dusk. Later, the study shows, electricity flows could be reversed to move Great Plains wind power westward. The paper includes animations showing how electricity could move seamlessly across time zones.

NREL also notes the shifting climate. The need to swiftly recover after extreme weather causes major power outages is another reason to strengthen grid connections. Every dollar invested in new transmission would create as much as $2.50 in value by increasing access to cheaper power, NREL estimated.

The NREL study has a colorful history. Its findings were broadly summarized at a 2018 energy conference, but the full work was not published. At a House hearing in 2019, former Energy Secretary Rick Perry was asked about its whereabouts. Rep. Jerry McNerney (D-Calif.) told Perry he understood the study had been pulled back and its authors told not to discuss it. Perry said he would look into it.

In October of that year, DOE told E&E News the report was being held to add further analysis. The Center for Biological Diversity then sued the Trump administration’s DOE to obtain the study, the data and emails about the project.

Howard Crystal, attorney for the environmental group, said last week the organization’s request for all the documentation has not been granted by DOE under the Biden administration. The legal dispute is still pending in federal court.

A “preprint” summary showed up on the NREL website last year. There are no plans now to release details behind the study results, which examined a series of future grid scenarios, according to NREL researcher Greg Brinkman, a co-author of the study. He said that some of the details include confidential data provided by electricity providers.

“It was no secret the Trump administration didn’t want studies with these conclusions," Crystal said. “They were interested in supporting the fossil fuel industry.” Why the full report is still withheld “is a good question,” Crystal added.

Jay Caspary, one of the original NREL study authors, said he was grateful to see the IEEE publish the major conclusions.

“Finally! Glad to see it released,” he said yesterday.

“Too bad the data and results are somewhat dated by the time it hits the press. The overall conclusions are still valid,” Caspary said in an email to E&E News yesterday. He now is a vice president of Grid Strategies LLC.

“I do wish that NREL had shared the inputs and outputs of the models and simulations to achieve much broader support from stakeholders and affected parties,” Caspary said.