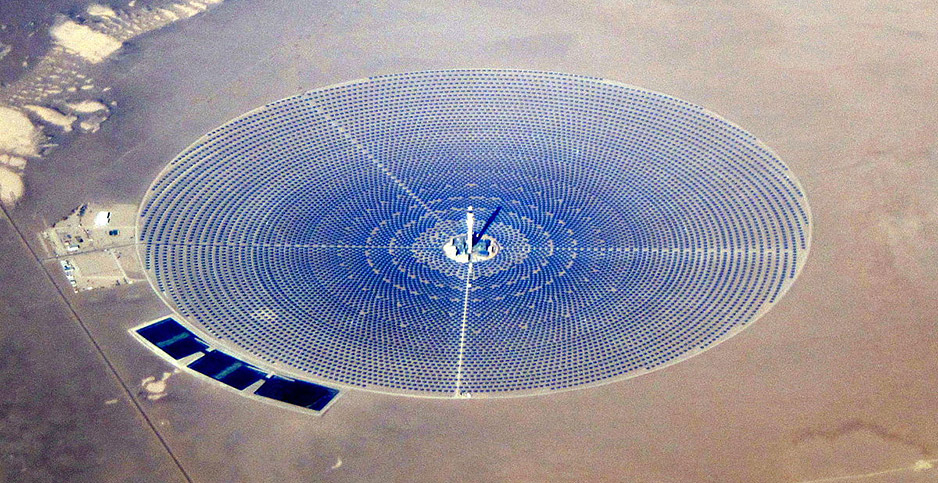 The Department of Energy said yesterday it will recover $200 million in taxpayer dollars from a loan guarantee issued under the Obama administration for a solar project in Nevada that flopped.

The $1.1 billion Crescent Dunes Solar Energy Project located near Tonopah, Nev., landed a $737 million federal loan in 2011 and was trumpeted at the time as the world’s largest molten-salt power tower project. The operation, however, was fraught with problems, was outpaced by cheaper technology and is no longer operating.

If a bankruptcy court judge agrees, at least some of the government’s money will be returned, DOE spokeswoman Shaylyn Hynes said yesterday.

"This project has consistently faced technical failures that have proven difficult to overcome," Hynes said, adding that the department’s decision was made "after years of exhausting options within our authority to get the project back on track, given the significant taxpayer investment the prior administration committed to this project."

DOE is currently owed about $425 million, with the last payment made in July 2013.

The initial loan guarantee was announced by the Obama administration just three weeks after the ill-fated Solyndra LLC filed for bankruptcy. That project cost the government more than half a billion dollars.

Hynes said the settlement with the Crescent Dunes borrowers — Tonopah Solar Energy LLC and ACS Cobra — if approved by the court, would resolve DOE’s claims and protect taxpayers while allowing the project to continue in the private sector.

Environmental groups have questioned the Trump administration’s commitment to solar, but Hynes said it remains consistent.

"This administration remains committed to an all-of-the-above energy strategy, as demonstrated by the over $1 billion the Department of Energy has awarded to renewable projects nationwide," she said. "However, the interest of the American taxpayers will always be our top priority."

"Joe Biden is an economic liability," RNC spokesperson Liz Harrington said in an email, adding that "Biden wastes taxpayer money on boondoggles, President Trump gets the money back."

She noted that Biden made an apparent reference to the plant at a Democratic primary debate in February, saying, "When the fourth stage is completed, it will be able to take care of 60,000 homes for every bit of their energy needs."

Former Republican Rep. Paul Ryan of Wisconsin ridiculed the project when he was chairman of the House Budget Committee in 2013, calling it "ill-fated" and comparing it to Solyndra. The then-chief executive officer of SolarReserve, which started the project, called Ryan’s criticism at the time "outrageously erroneous," adding, "Our project is really a huge success story for U.S. technology and job creation in Nevada. For them to put us in with other failed projects is incredibly inaccurate" (Energywire, March 12, 2013).

Built on 1,600 acres leased by the Bureau of Land Management, Crescent Dunes was planned as a 110-megawatt facility large enough to power 75,000 homes.

Its tracking mirrors pointed the desert sun at a 640-foot-tall tower that held a receiver. There, molten salt was heated from 554 degrees Fahrenheit to over 1,000 F. Then the super-hot salt was pumped down into a hot salt tank, where it was stored (Climatewire, Sept. 26, 2017).

It began commercial operations in 2015 but soon had to shut down for eight months when one of its salt tanks sprang a leak. A second outage due to issues with the hot salt tank occurred in April 2019 and is continuing.

Litigation ensued, and DOE said the settlement will mean that Cobra will control the plant, allowing it to pursue the plant’s repair and negotiate new power agreements. NV Energy, the plant’s only customer, last year issued a notice of termination of its agreement, citing "frequent and prolonged outages" from the project, the Las Vegas Review-Journal reported.

DOE noted that under the settlement, Cobra will also commit to an additional contingent payment to DOE of up to $100 million, depending on the price of any long-term agreements it secures.

In a twist, environmentalists have cited Crescent Dunes to argue against the Trump administration’s plans to relax the National Environmental Policy Act, saying the delays that Trump criticizes are a benefit rather than a defect.

They note that the plant was sited on public land with help from then-Senate Majority Leader Harry Reid (D-Nev.). But by 2015, the $1 billion solar thermal plant was already obsolete, and the Energy Department took it over last August.

"Going a little slower at the front end, rather than rushing to approve, helps ensure against $1 billion boondoggles," Brett Hartl, government affairs director at the Center for Biological Diversity, told E&E News in January (Climatewire, Jan. 8).