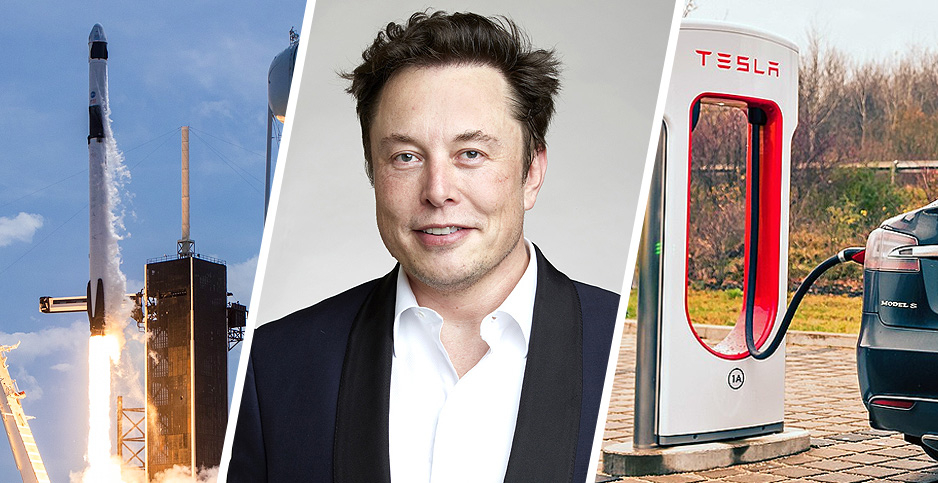 When SpaceX pulled off the feat days ago of lifting two astronauts into space, marking a milestone in private rocket travel and a moment of American pride, other reputations were lofted a notch.

Just which ones will be consequential here on Earth.

A big winner is Elon Musk, who started the company that is now dominating the private space race. SpaceX has a full calendar of launches, a more powerful craft on the way and a proven record in space travel, considered by many the apogee of human progress.

What is unknown is how SpaceX’s stellar accomplishment affects the much more controversial reputation of Tesla Inc., the electric vehicle maker that Musk also runs — and beyond that, whether Musk’s success fires the legions of EV doubters to give non-Teslas a second look.

One thing that’s clear after the SpaceX launch is that the future of rockets and space travel, on one hand, and the future of cars and climate change, on the other, are tied more than ever to the public’s perception of one mere mortal.

This week, the starscape may have changed, but Musk and Tesla continued to generate polarizing opinions.

"Elon Musk is every bit as identified with the creation and ambition of SpaceX as he is with Tesla," wrote Adam Jonas, an influential automotive analyst for Morgan Stanley, after the launch. "As such, we believe the success of SpaceX in achieving some of the most sophisticated challenges in science has a direct bearing on public, investor and government perception of his ability to lead and execute."

That perception contends with Musk’s mercurial personality and that of Tesla, which seems to have adopted his strengths and weaknesses, including a gap of trust in the public eye.

"Musk is very much more directly involved in the day-to-day management of the company than he is at SpaceX," said Sam Abuelsamid, an auto analyst for consultancy Guidehouse LLP. "And I think that shows in the execution, which tends to be shoddy and half-assed."

One indication of public opinion could be Tesla’s stock price.

It rose, not quite rocket-like, by almost 6% over the weekend of SpaceX’s launch, in spite of Tesla not making any major moves at that time. It has stayed there this week, in striking range of its all-time high, despite all the chaos of 2020.

A tale of two world-changers

The event that most recently brought Musk into the spotlight came at 3:22 p.m. EDT on Saturday, when SpaceX became the first private company to send man into space with a fiery takeoff from Kennedy Space Center in Florida. Less than a day later, the two NASA astronauts, Robert Behnken and Douglas Hurley, docked at the International Space Station on board SpaceX’s Dragon capsule.

SpaceX and Tesla have the same CEO, Musk, and each has an enormous, urgent vision that often pushes it to the brink of failure. Yet the public perceives them differently.

The premise of Tesla, as stated by Musk when he took over the company in 2003, was to make electric vehicles exciting and sexy. That later expanded to a mission of creating a sustainable energy system for the planet.

Tesla is known for promising new vehicles — and capabilities of those vehicles and the factories to make them — on breathtakingly short deadlines. In just 17 years, a short stretch in traditional automaking, it has rolled out five electric models, with another three on the way.

Forcing its competitors to take the electric drivetrain seriously has been just one of its accomplishments.

With over-the-air updates and continual improvements to its vehicles, Tesla is beginning to alter how cars are made around the world. It accelerated the timeline for self-driving cars when Musk started building them while others were still tinkering.

Always at the heart of its zigzagging narrative has been Musk himself.

Musk was the center of the company’s suffering through the "production hell" of delivering the mass-market Model 3. He was the focus of the U.S. government’s ire when he falsely tweeted that he had "funding secured" to take the company private. He was the one to have a tantrum when local officials wouldn’t let Tesla reopen its California factory amid the coronavirus pandemic (Energywire, May 11).

Tesla’s automotive technology is widely admired, but its sometimes lurching approach — setting unrealistic production deadlines that are constantly blown, along with Musk’s provocative tweeting — has eroded goodwill for what is otherwise a satisfying car.

Abuelsamid echoed the frustration of many Tesla watchers over Autopilot, its evolving technology for self-driving. Musk has promised full self-driving capability even as trusting drivers have occasionally crashed while in Autopilot mode, amid a regulatory landscape in which self-driving cars are still not quite legal.

With Autopilot, Musk is "selling a feature that doesn’t exist and most likely will never exist in the way that Musk is promoting it," Abuelsamid said.

SpaceX shares Tesla’s pattern of setting and then missing deadlines, and of performing a tightrope walk over an abyss of failure. But it has much less controversy, and Musk isn’t as central to its story.

SpaceX, founded in 2002, just one year before Musk took over Tesla, has accelerated the space race in the same way that Tesla has changed cars.

Musk’s long-term premise in creating SpaceX has been to establish a human colony on Mars. To get there, the company set out to create a succession of big, powerful rockets and the payload capsules on top of them.

The company would make money by dramatically reducing the cost of making and launching rockets. The vehicles would be made in-house to a degree unseen among aeronautics companies, and would be designed to be reused — an extraordinary technical challenge that no one had tried.

In the 12 years since SpaceX got its first rocket, the Falcon 1, into Earth orbit, the company has notched many firsts. Prominent among them are becoming the first private company to supply the International Space Station, in 2012, and the first to land a rocket back on Earth, in 2015.

Alongside those successes have been failures even more spectacular than those of Tesla, because of the tendency of thin-skinned, fuel-packed rockets to combust at the smallest error.

On several occasions — including just one day before its manned launch — it has seen its rockets go up in a fireball, both on the launchpad and in the sky.

Though both companies have an inspiring vision, Tesla is the more accessible: Regular people drive cars, not rockets. Also Tesla has been a stock that people can buy, while SpaceX remains in private hands.

Musk is the indisputable public face of Tesla, while that’s not the case at SpaceX. That role appears to be held by Gwynne Shotwell, the president and chief operating officer.

"By all appearances, Gwynne is the one who runs things on a day-to-day basis and is in charge of execution," Abuelsamid said.

By way of comparison, Musk is on Twitter constantly, while Shotwell’s Twitter feed consists of a single tweet, written on the day of the company’s manned launch this weekend.

How rockets and cars connect

The astronauts in last weekend’s launch were ferried to the SpaceX’s Falcon 9 rockets inside a white Tesla Model X. That’s far from the only business crossover.

Besides the companies’ sharing a common CEO in Musk, three Tesla board members — Steve Jurvetson, Antonio Gracias and Musk’s brother, Kimbal — also sit on the board of SpaceX.

In a recent filing with the Securities and Exchange Commission, Tesla disclosed that it sold $3.7 million of battery and other components to SpaceX this year and last. It also made a custom tool for SpaceX at its machining factory for $700,000. This year, Tesla assigned 20 employees "to support SpaceX on certain technical matters" for $100,000.

The trade-offs between the two have at least once been existential.

In 2008, both Tesla and SpaceX were private companies and were running out of money, nearly forcing Musk to kill one of them, he told Bloomberg journalist Ashlee Vance.

"I could either pick SpaceX or Tesla or split the money I had left between them," Musk said. "That was a tough decision. If I split the money, maybe both of them would die. If I gave the money to just one company, the probability of it surviving was greater, but then it would mean certain death for the other company. I debated that over and over."

In the end, just before Christmas, miraculous waves of funding arrived for both.

In the case of SpaceX, it took the form of a $1.6 billion contract from NASA to do a dozen supply missions to the International Space Station — the contract that set SpaceX on the course to manned spaceflight, and gave SpaceX an institutional imprimatur that Tesla has never had.

Watch for the halo

It’s an open question whether the halo that SpaceX has earned will expand to bless the Tesla brand in car buyers’ eyes, or whether the respect will extend to other electric vehicles.

So far, other electric cars are sales laggards compared with Tesla — a dynamic that may start to change next year, when a wave of sexy new models from other automakers is likely to appear in showrooms.

For some, the thought of a space company lifting the prospects of EVs is a planet too far.

But Nick Nigro, the founder of Atlas Public Policy, which analyzes the EV market, sees a possibility that some will understand that the engineering challenge of lifting a rocket to the heavens is nearly equal to the challenge of mass-manufacturing a new kind of vehicle for the world’s roads.

"If you’re a car person, and you walk around with your NASA T-shirt, because you’re a space junkie, you might not be a Tesla fan," he said. "But your automaker might have an electric car now that you might be more interested in."