Does Texas have too many renewables? 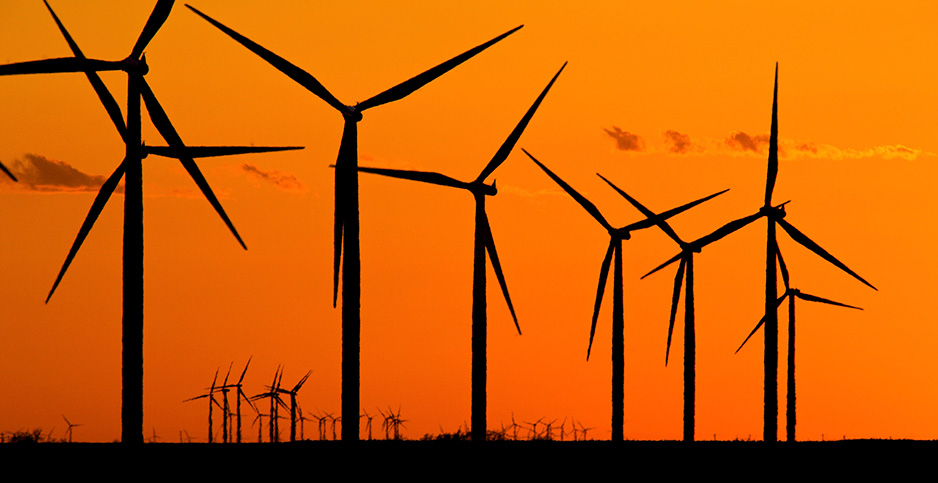 HOUSTON — For a place that’s synonymous with oil and gas, Texas has a lot riding on renewable energy.

No state can match its installed wind power capacity. Solar generation is about to surge. And a new report shows both wind and solar helping to push the reserve cushion for Texas’ main electricity market to 10.6% and beyond.

All of that is generating applause — but also some concern about grid reliability, considering the intermittent nature of wind and solar.

"Will they have peak supply available at the time of peak demand?" asked Ed Hirs, an energy fellow at the University of Houston.

In this case, "they" means operators at the Electric Reliability Council of Texas, which manages the state’s primary power grid. The reserve margin is used to express how much extra capacity the grid operator has to serve potential peak demand. ERCOT has tweaked its calculations and now incorporates bigger percentages from renewables into its forecasts.

ERCOT manages a wholesale market where generators rely on the price of power — including potential summer spikes — to make money. Its outlook is important in part because the rest of the U.S. power sector keeps an eye on Texas and its approach.

During times of peak power demand, roughly 12% of the ERCOT region’s capacity for next summer may be tied specifically to wind and solar, according to projections. And the share for those renewables under peak demand conditions is slated to top 19% in 2022. Two years ago, an ERCOT report looking toward summer 2018 put a comparable wind and solar share at about 6.9%.

Grid problems are by no means ensured for Texas, and market watchers point out that ERCOT has had success in managing an evolving resource mix.

But there’s a sense among critics and observers alike that the situation should be monitored closely. Record demand next summer could again test a system that got through this year’s hottest months without rotating outages but did see a couple of days with emergency conditions and some calls for conservation (Energywire, Aug. 23).

To Bill Peacock, vice president of research at the Texas Public Policy Foundation, the 10.6% reserve margin — which is larger than last summer — is both good and bad. TPPF, a conservative think tank, has long fought renewables subsidies and credits because of what it considers market distortions, and Peacock said relying on wind and solar is worrisome even if larger margins are nice.

While the reserve looks better, "a lot of that is going to be dependent on whether the wind is blowing or the sun is shining," he said.

Cyrus Reed, interim director of the Lone Star Chapter of the Sierra Club, acknowledged that the energy output from wind and solar depends on weather conditions.

But he said predictions about the limits of such resources haven’t panned out. He said ERCOT’s region is on track to have more than 20% of power provided by renewables in 2019. And a number of days have seen periods when renewables provided more than 50% of the power.

‘They just get bigger’

"Every time you look at the numbers, they just get bigger — for both wind and solar," said Joshua Rhodes, a senior energy analyst at Vibrant Clean Energy LLC in Colorado who has studied Texas electricity.

Rhodes said he doesn’t think there are too many renewable resources in ERCOT’s region. But he said grid operators may find that "more and more hours are going to be more exciting."

A new ERCOT report outlined how much potential wiggle room the grid operator has during peak periods.

There’s no guarantee that renewables or natural gas — the region’s top fuel for generating power — will be online at the expected levels next summer. Gas plants could have mechanical issues and turbines could produce less than anticipated, for example. And Rhodes said the market will have to evolve as more low-cost renewables come onto the system. Corporate buyers also have remained interested in renewable power.

"ERCOT has operational tools in place to maintain system reliability, including with large amounts of intermittent resources on the system," the grid operator said in a statement. "We use historical data to determine the capacity contribution of renewable resources during peak times."

"These rules resulted in a 1,051-megawatt increase" in that expected wind capacity compared with old rules, said Pete Warnken, manager of resource adequacy at ERCOT.

Solar tends to start to go down in the late afternoon during the summer, according to Dan Woodfin, senior director of system operations at ERCOT.

"But that’s exactly the time when our coastal wind generation tends to pick up," he said. "And so those two resources tend to be complementary."

Warnken said the higher reserve margin for next summer is favorable. But he said the risk of possible energy emergency alerts remains, such as if there were a high number of unit outages and high demand.

Guggenheim Securities LLC in a report this month told investors to take the ERCOT report "with a grain of salt for several reasons," including the fact that inputs can shift over time.

ERCOT indicated that summer reserve margin projections could change in the future, including a potential decline in 2021 and beyond if unconfirmed generating unit retirements occur.

Uncertainty is part of the ERCOT market, but changing power prices can catch people, cities and companies in awkward positions.

Georgetown, Texas, has been buying enough power from renewables to cover demand from its customers, even as it has retained a connection to some fossil fuel-based generation. But the generally low price of wholesale power disrupted its financial plans, and the city announced this month that Shell Energy North America will provide energy management services.

Also affected by volatility was Griddy Energy LLC, which lost a chunk of customers in the wake of August price spikes in the ERCOT region. Griddy enables members to tap into the wholesale price for power in exchange for a monthly fee of $9.99.

Jason Huang, Griddy’s chief operating officer, said last week that renewables bring benefits but also volatility. He said a way to deal with that is to have consumers become more involved.

That means, in part, that Griddy’s customers can slash power use during times of tightness. And Griddy is seeking to better educate its members while also attracting new ones.

"The residential consumers are a huge a portion of the supply-demand equation," Huang said.

Peacock of the Texas Public Policy Foundation said one option for change in the ERCOT region is having renewables meet characteristics of other generators, such as being dispatchable. That could, he said, make wind and solar facilities guarantee what they’ll put into the market. If they produce more than that, it may not be accepted. If they produce less, they would somehow make it up to the market.

It’s not clear that regulators, ERCOT or the Legislature would have an appetite for pursuing such ideas on renewables.

In an email, Rhodes of Vibrant Clean Energy noted that transmission capacity limits can hinder renewables. He said grid studies looking at high levels of renewable energy tend to show a need for transmission expansion. Texas previously embarked on a multibillion-dollar program to build out transmission infrastructure that helped enable wind energy development.

Reed said a key development for ERCOT will be figuring out how to count storage in terms of its capacity, demand and reserves report, which currently shows storage at zero for peak average capacity contribution over the next several summers. ERCOT is not yet at a place to rely completely on renewable energy to serve peak demand, Reed said, but a day will come when it’s a majority.

"I hear the concern," Reed said of renewables’ growth. "But I think that’s why getting the rules on storage is so important."

Hirs, who is also a natural resources fellow at BDO USA LLP, argued that there’s nothing ERCOT can do right now to fix potential shortages next summer. He favors an option such as a capacity market to give generators an economic incentive to be available, but that idea doesn’t have traction in ERCOT’s region or among state regulators right now.

"For us to get to a point where we’re totally reliable on renewable resources, we’re going to need either storage or have a really significant overbuild of capacity — which in and of itself is not very green," Hirs said.