Does Trump grid order have a ‘big deal’ blind spot? 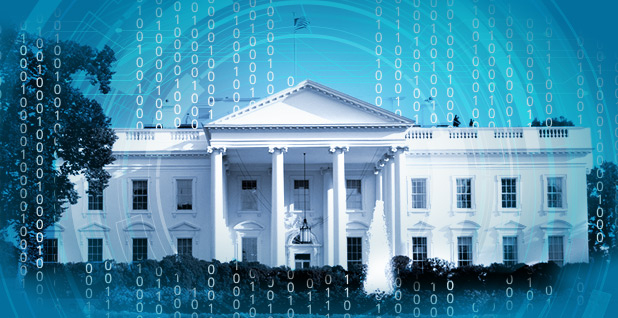 In the wake of a White House cybersecurity order to block foreign-made equipment that could threaten the power grid, some experts are raising the alarm about a more common hacking risk: software vulnerabilities.

In one case, a Fortune 500 electricity company recently installed a turbine that arrived loaded with decades-old cybersecurity weaknesses in its core operating system, according to a source familiar with the situation.

Such software bugs can open the door for hackers looking to wreak havoc on U.S. energy companies. The glitches can often be fixed with a simple update or "patch," but equipment vendors may not have ways to find the problems in the first place, according to Amir Preminger, vice president of research at industrial cybersecurity firm Claroty.

"Some companies we actually had to call on their landline to find somebody to answer, because email didn’t work," Preminger said.

A May 1 executive order from President Trump took aim at risks from potential backdoors in grid equipment like power transformers and circuit breakers, which experts say are less ubiquitous but likely harder to uproot.

The order has not yet been implemented, and the Department of Energy recently released a request for information on how best to carry it out (Energywire, Aug. 27). Energy industry sources say any product bans will likely focus on physical hardware rather than the computer software that is often used in U.S. and foreign-made equipment alike.

Another report by Claroty found that the majority of industrial control system vulnerabilities discovered this year can be exploited remotely. Claroty also found that there has been a 10% increase in software vulnerability disclosures compared to last year and over 75% are classified as "high" or "critical" flaws.

Preminger noted that as new vendors enter the energy space, the number of vulnerabilities will increase as well — though he added that a greater number of software bugs doesn’t mean that hackers are taking advantage of them.

Vulnerabilities are frequently discovered by cybersecurity researchers and firms who want to fix them, and an increase in disclosures may simply mean there are more people working on making a given piece of software safer, Premiger said.

Popular software products often carry bits of code borrowed from earlier computer programs, and as versions build on one another, vulnerabilities can persist for years, or even decades in some cases.

A series of 19 recently discovered flaws in an online communication protocol shows how widespread old and buggy software can become. The vulnerabilities, dubbed "Ripple20," affect software from internet technology firm Treck Inc. and apply to devices in the medical, transportation, telecommunications and energy sectors. Some of Ripple20’s most troublesome snippets of computer code date back to the 1990s.

Brian Proctor, director of strategic operational technology at cybersecurity firm Forescout Technologies Inc., said he worked with the cybersecurity firm that discovered Ripple20 to assess the scope of the problem for critical infrastructure operators. He said it could take months, or even years, before the vulnerabilities are fixed in some electric power networks.

"Depending on kind of what makes and models are vulnerable for these utility vendors, we’re talking a significantly large portion of assets that you’d find in a electric substation could be impacted," Proctor said. "So this is actually a really big deal."

"If they’re at that level of your network, they probably got access to some engineering systems or even [human machine interface] systems and could probably do some pretty bad stuff without using this bug," Wightman said.

Naumann said that more cooperation is needed between vendors, utilities and the federal government through business contracts, which would sidestep jurisdictional issues posed by setting binding standards.

"The suppliers want to supply reliable equipment, the utilities want to operate reliably, and the government wants the system to stay up for national security and economic security," Naumann said.

FERC has already adopted a new critical infrastructure protection standard that requires utilities to develop risk mitigation plans for threats to the supply chain. That rule is set to take effect next month (Energywire, April 21).

Other efforts to mitigate vulnerabilities are also playing out through private deals between cybersecurity firms and utilities, Naumann noted.