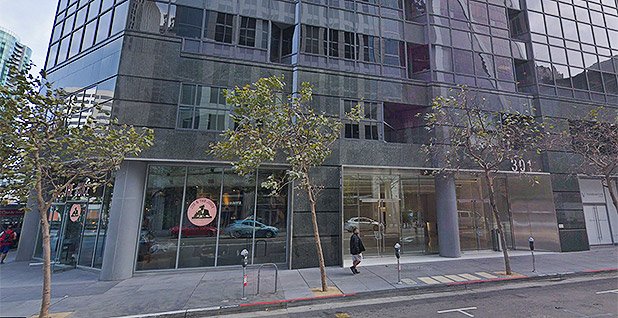 Fourteen permanent employees are stationed in the San Francisco office, most of them enforcement attorneys who focus on prosecuting environmental violations. They have until Feb. 1 to decide whether they’re willing to move to DOJ offices in Denver or Washington, D.C.

"The division doesn’t have a ton of field offices, so it’s striking that they’re deciding to close one of them," said former ENRD attorney Justin Pidot, now at the University of Denver.

Most of ENRD’s nearly 600 employees are in D.C. In addition to the San Francisco office, a large bureau in Denver hosts 55 employees, Sacramento hosts three and a dozen more attorneys are scattered around the country.

Division leaders told staff that closing the California office would help establish Denver as DOJ’s "western hub" for environmental work. The agency will pay relocation costs for employees who opt to move.

The division’s website notes that the San Francisco office and other outposts "allow for more efficient and cost-effective Section participation in the routinely complex and prolonged litigation originating in these EPA Regional Offices."

John Cruden, head of ENRD under President Obama, praised the office’s work in an email today.

"All of the regional offices, they’re useful because they make it easier for DOJ lawyers to interact more directly with the regional attorneys in counterparts," Pidot said.

"There’s always been an active enforcement docket or affirmative docket in San Francisco, and then the question is whether there’s a cost savings to having people travel out from that office from Denver or D.C. to San Francisco to work their cases," he said.

He acknowledged, however, that he hasn’t seen the numbers.

"It’s appropriate for government officials to make cost-based decisions, but at the end of the day, the question is, does this save money or not?" he said.

Tom Sansonetti, ENRD chief during the Bush administration, considered closing the San Francisco office during his tenure but factored in increased travel costs and decided it wasn’t worth it.

Johnson, who was his deputy, noted that Sansonetti’s previous post as Interior Department solicitor made him a "big fan" of regional offices.

Some staff might be able to stay in San Francisco. The Q&A document notes that it may be possible to secure temporary workspace for some employees within another federal agency’s San Francisco office, but such an arrangement would be subject to regular review and could be scrapped in the future.

Ultimately, any employee who doesn’t move to D.C. or Denver could be let go, the document says.

"I would hope that for good attorneys who can’t relocate, they don’t lose that experience and expertise and the relationships they have," Johnson said.

ENRD stressed that it doesn’t want to lose any staff from the San Francisco closure. "We do not want to lose folks by any means, including through early retirement," the Q&A says. But others are worried about the impact.

"It certainly means they’re going to lose people because people aren’t going to make the move, which means the department will lose expertise," Pidot said. "If you’re feeling cynical, it provides an opportunity for the new [administration] people to hire those replacements, or just not fill them."