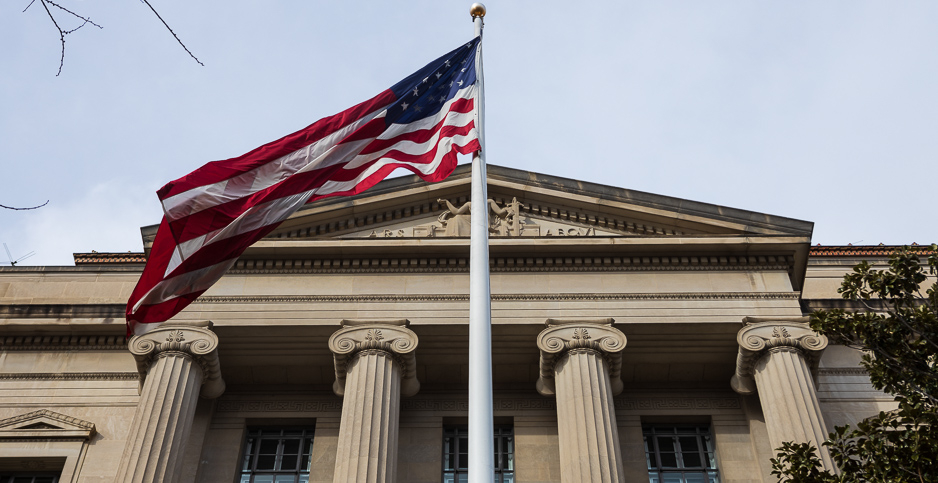 In one fell swoop, the Justice Department yesterday dismantled a set of Trump-era policy changes that squeezed the federal government’s environmental enforcement efforts.

The Trump administration’s policies, which included eliminating a popular settlement tool and setting a higher bar for prosecuting corporate polluters, "are inconsistent with longstanding Division policy and practice and … may impede the full exercise of enforcement discretion in the Division’s cases," wrote career attorney Jean Williams, who is currently leading DOJ’s Environment and Natural Resources Division (ENRD).

Among the nine policy changes Williams’ memo erased are a set of documents that walked back a DOJ policy allowing polluters to carry out EPA-approved projects in exchange for smaller fines. Supplemental environmental projects, or SEPs, were popular among environmentalists, federal officials and industry.

That’s important for low-income and minority communities that are often the recipients of SEPs, said Simone Jones, an associate at the firm Sidley Austin LLP.

"SEPs have a tendency to improve obviously the climate and environment, but specifically in low-income and disadvantaged neighborhoods," she said.

Many of the policy changes mentioned in Williams’ memo were ushered in during former ENRD Assistant Attorney General Jeffrey Bossert Clark’s last days at DOJ.

None of Clark’s last-minute memos was expected to survive through the Biden administration, but some DOJ observers said they were surprised to see the change before the new president had assembled or even announced ENRD’s new leaders.

"This is not the sort of thing that career leadership at ENRD would decide to do, regardless of how they feel about a particular policy or position," said Corinne Snow, counsel at Vinson & Elkins and former chief of staff at DOJ’s environment division during the Trump years.

She said DOJ’s new approach on environmental enforcement would become clearer once the Biden administration picks an ENRD chief.

"Right now we have a vacuum," Snow said.

Critics of the Trump administration’s approach were thrilled to see Clark’s policy changes wiped from the books.

"This policy change is a necessary and vital step forward, but not sufficient on its own," Robert Weissman, president of Public Citizen, said in a statement. "We look forward to new enforcement policies that reflect the administration’s stated goal of holding polluters accountable — and to the eventual prosecutions of corporate criminals and executives that break the law by poisoning Americans’ air, water, and environment."

Policies on the chopping block

In addition to reinstating SEPs, DOJ yesterday erased a litany of other Trump-era policy changes.

DOJ watchers said they hope the Biden administration’s approach will bolster enforcement efforts against polluters, which fell to record lows during the Trump administration.

Clark has said that reports of low case numbers mistake "quantity for quality."

Biden’s team at ENRD said it would do away with a document titled "Enforcement Principles and Priorities," which Clark released last month. The memo set a higher standard for judicial enforcement against polluters, limiting such actions to cases that involve "intentional, knowing, or willful wrongdoing."

Clark’s effort was criticized as an attempt to stifle enforcement.

The Biden administration has received recommendations from climate experts and Obama allies to push DOJ lawyers to not only revive tools like SEPs, but to use them as a tool for stronger action on planet-warming emissions.

In a November memo led by Kate Konschnik, director of the climate and energy program at Duke University’s Nicholas Institute for Environmental Policy Solutions and a former DOJ trial attorney, climate advocates urged training for department attorneys "to look for climate implications in traditional enforcement cases, which can enhance mitigation efforts even absent any climate-specific laws."

Joel Mintz, a Nova Southeastern University law professor, said that although he was happy to see SEPs return, he questioned whether the Biden administration would seek to expand use of the tool. SEPs need to be linked to the violation.

For example, a company that polluted a water supply might be required to buy a watershed area to protect drinking water in the area where the violation occurred. Allowing that company to instead mitigate carbon dioxide emissions might be a little "far-fetched," Mintz said.

"There are those limits," he said. "Whether it will be changed, I don’t know."

What’s next for ENRD?

The Senate is expected to confirm Judge Merrick Garland as Biden’s attorney general in the coming weeks.

But while DOJ watchers have speculated about the impact Garland, who has worked on a trove of environmental cases during his time on the U.S. Court of Appeals for the District of Columbia Circuit, could have on environmental issues at the department, the true indicator of the division’s future will be whom the Biden administration picks to lead ENRD.

"We can expect that Biden is going to pick someone who subscribes to his views when it comes to focusing on the science and having policies that are based on that science, that accomplish his goals," said Jones of Sidley Austin. "You’ll see an individual who has experience and a proven track record in these areas."

DOJ’s changes so far have been encouraging, said John Cruden, principal at Beveridge & Diamond PC who worked at ENRD under Republican and Democratic administrations, eventually leading the division during the Obama years.

"This is a good start to a renewed era of advancing the environment through the rule of law," he said.