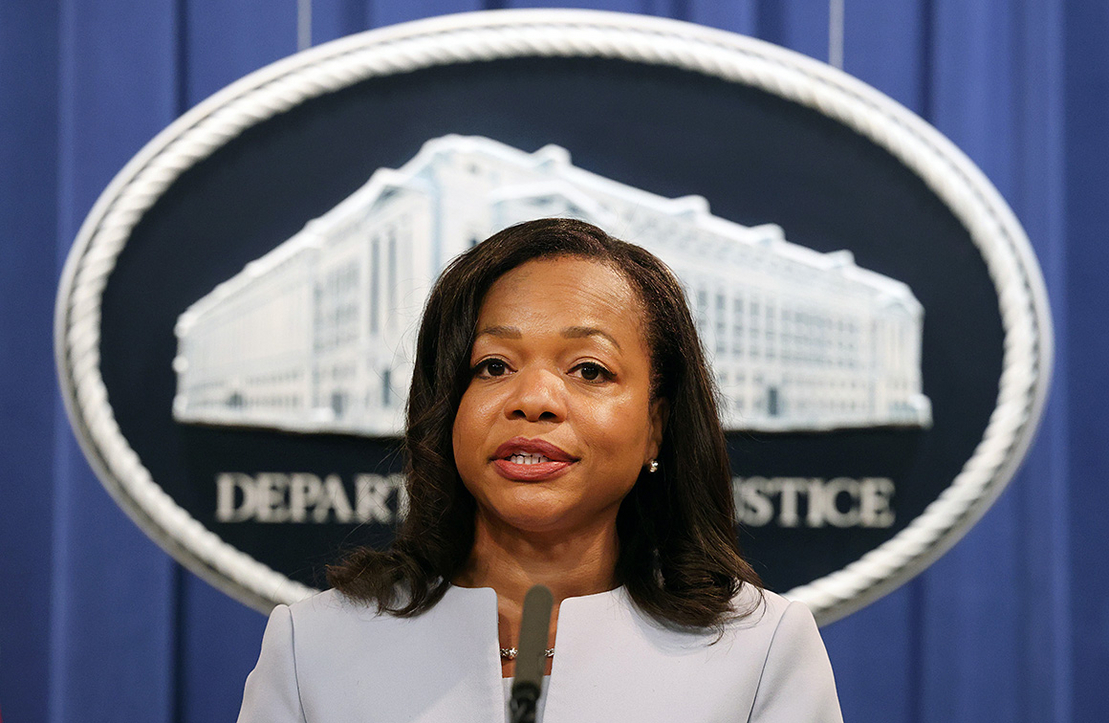 The Justice Department today announced a landmark investigation into wastewater issues in an Alabama county that is home to prominent environmental justice activist Catherine Flowers.

Flowers, who now serves as a White House environmental justice adviser, detailed the sewage problems that plagued Lowndes County, Ala., in her book "Waste: One Woman’s Fight Against America’s Dirty Secret."

The county is now the focus of a first-of-its-kind investigation by the Department of Justice’s Civil Rights Division that will examine whether state and local health officials manage wastewater disposal in a way that discriminates against Black residents.

“Sanitation is a basic human need, and no one in the United States should be exposed to risk of illness and other serious harm because of inadequate access to safe and effective sewage management,” said Kristen Clarke, assistant attorney general of DOJ’s Civil Rights Division, in a statement today.

“State and local health officials are obligated, under federal civil rights laws, to protect the health and safety of all their residents,” she continued. “We will conduct a fair and thorough investigation of these environmental justice concerns and their impact on the health, life, and safety of people across Lowndes County, Alabama.”

Under President Biden, DOJ leaders have pledged to crack down on pollution that disproportionately harms low-income and minority communities.

Clarke said DOJ chose to investigate pollution in Lowndes County because the department had received allegations from residents that state and local health officials were aware that the wastewater management issues were putting Black residents at higher risk of health issues, such as hookworm infections.

DOJ declined to say whether it planned to open similar investigations in other communities.

The DOJ probe will focus on the Alabama Department of Public Health and the Lowndes County Health Department. It is DOJ’s first Civil Rights Title VI environmental investigation for a recipient of department funding.

The Alabama Department of Public Health said it is reviewing the information sent by DOJ and declined to comment on the investigation while it is still pending. The state agency houses the Lowndes County Health Department.

Spokesperson Arrol Sheehan said local health officials are “cooperating with the investigating agencies to have this matter resolved as quickly as possible.”

Flowers, who founded the Center for Rural Enterprise and Environmental Justice, celebrated the announcement in a statement.

“Sanitation inequality is one of the last vestiges of the Confederacy,” she said. “I am happy to know that the people of Lowndes County will be heard and hopefully will receive justice.”

Last November, Flowers published a memoir in which she shared stories about growing up and becoming a civil rights and environmental justice activist in “Bloody Lowndes,” a community along the historic path of the 1965 Selma-to-Montgomery civil rights march that has a long history of racism, violence and ties to slavery.

While Flowers’ book reveals her own path to advocacy — through education and later public service in Lowndes County — it also shares the stories of residents struggling with life-threatening sanitation issues and costly infrastructure made worse by climate change, including overwhelmed septic and sewage systems.

When Flowers moved back to majority-Black Lowndes County in 2000 to work on economic development, she met residents like Charlie Mae Holcombe, in Haynesville, Ga., who is reliant on a faulty septic tank even as her yard repeatedly floods with bubbling, brown, raw sewage.

“I remember going to her house, and she said that ‘we have an asthma problem in just about every room in my house,’” Flowers told E&E News during an interview earlier this year. “She’s still suffering with it, she’s paying a wastewater treatment fee, and people are still ignoring the problem.”

Flowers, who last year was awarded the MacArthur Foundation’s “genius grant,” also spurred a 2017 study that found more than one in three residents in Lowndes County tested positive for hookworm infection, an intestinal parasite tied to poor sewage treatment.

Flowers during an interview in April said that while she’s seen Lowndes County receive more attention, sewage woes are plaguing poor, rural communities across the nation. Flowers also said there needs to be more accountability and warranties tied to federal dollars that go toward upgrading sewage systems, and for local communities to be more involved in crafting any long-term solutions.

“I think we’re going to be able to find long-term solutions,” she said, “because we now have an administration in Washington that is willing to lead on this issue.”